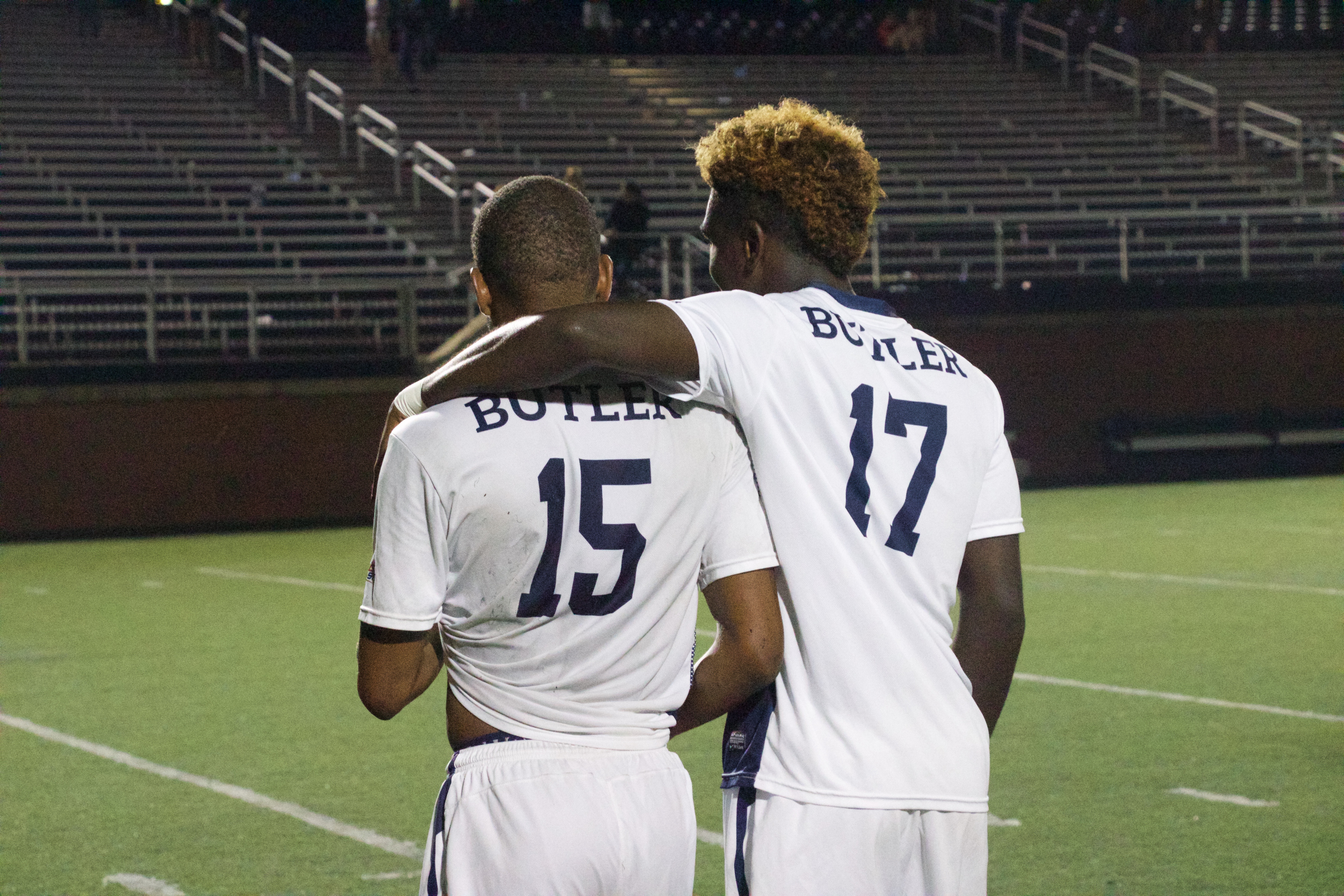 The Butler men’s soccer team captured a 3-2 road victory over the Evansville Purple Aces Tuesday night after a tiebreaking goal in the 90th minute. Vincent Mitchell broke the 2-2 tie game in the last seconds which pushed Butler over the edge for the win. The Bulldogs improved to 5-0-3 for the season while Evansville fell to 2-6.

Gooooooal in the 90′. OMG! Mitchell for the Dawgs!

#Butler is 5-0-3 but still unranked. Not many unbeatens left in college soccer. https://t.co/4yGcYRB4Xn

After an Evansville mishit, A.R. Smith brought the ball to the left of the goal and sent it to Mitchell, who scored to the lower right corner of the goal. Mitchell has a team-high seven goals on the season and six goals in the team’s last four games.

The Bulldogs played with a man-down for the final 21 minutes of the games after freshman Jared Timmer was sent off in the 69th minute.

Evansville scored first after a goal by Mark Gonzalez in the 24th minute. Junior David Goldsmith retaliated quickly for the Bulldogs with the first of his two goals early in the second half. He also provided the tying goal in the 59th minute after Chris Shuck gave Evansville a brief 2-1 lead in the 54th minute. These were Goldsmith’s fourth and fifth goals on the season.

Butler had 12 corner kicks as opposed to only four by Evansville. The Bulldogs out-shot Evansville, 16-12 with a team-leading five from Goldsmith. Eric Leonard and Mitchell each had three shots on goal. Keeper Eric Dick had three saves.

Butler returns to the field on Saturday at 7 p.m., traveling for a BIG EAST matchup against Providence. The Bulldogs return home for a match against SIU-Edwardsville on Tuesday, the last non-conference match of the season.