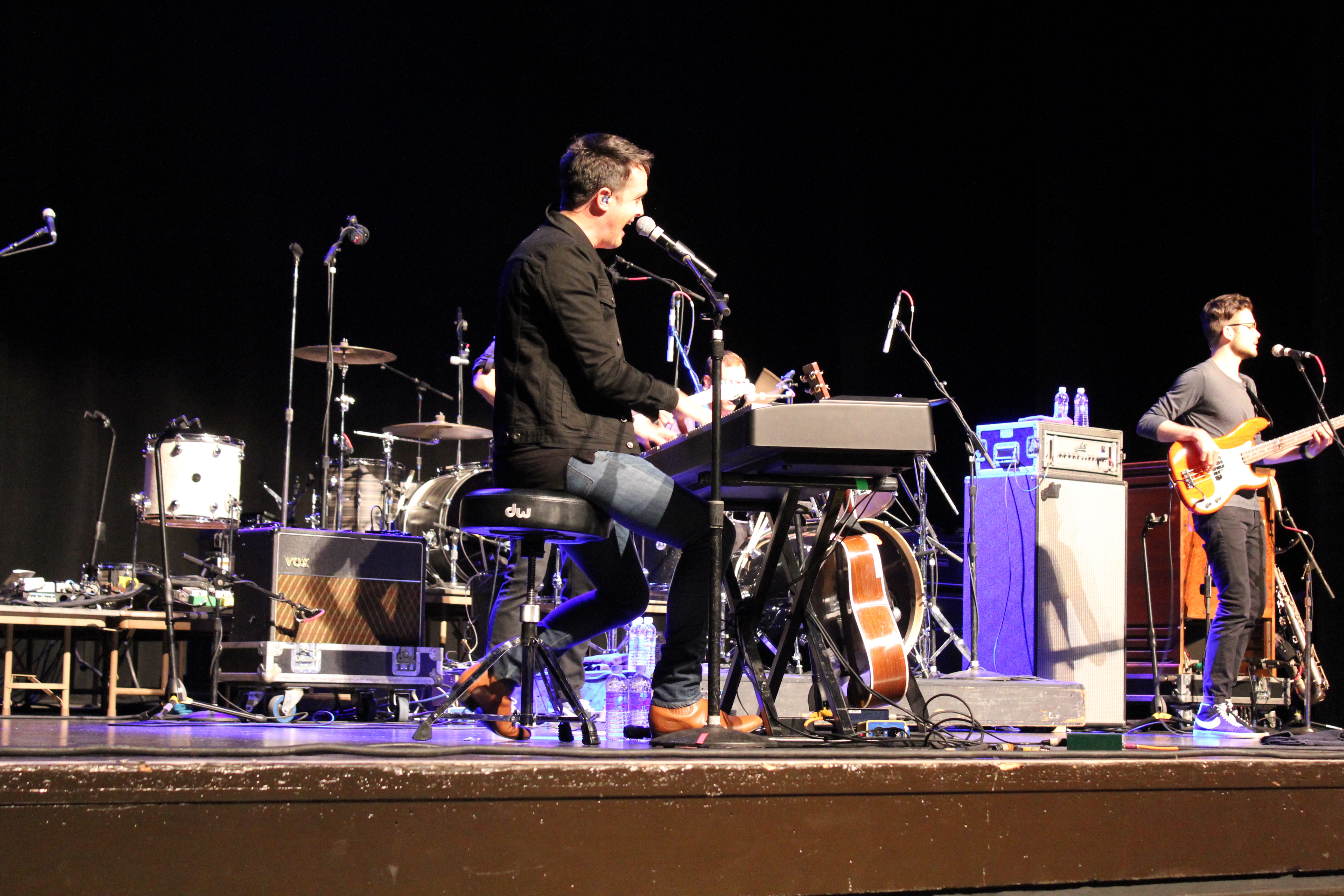 I have not been to many concerts in my lifetime—maybe five or six. For the most part, all of them have been outdoors, and the two that were not outdoors were quasi-decent experiences. So, my opinion has been set that outdoor venues are the only logical way to go.

You can imagine my dismay, then, when I collected my ticket for Butlerpalooza this year and trudged my way over to Clowes Memorial Hall to watch a group I actually enjoyed. A group I did not want ruined by the confined space of an auditorium.

I had my doubts when the ushers corralled students into the seat-pervaded hall. The only benefits I could imagine were that zero bees would be present, and that my hair would not turn into the lion’s mane it truly is due to outdoor humidity—and for my fellow short people, we would actually be able to see, due to the fact that no one would be pushing their way to the front.

But my doubts were quickly put to ease once Parachute—the band I was most eager to see—embraced the stage. And despite my original criticism of the seats, they came in handy during the breaks between performances when my feet were on fire (note: do not wear heels when you plan to stand for over three hours). The fixed positions that I held some animosity toward worked to my advantage when Will Anderson, the lead singer of Parachute, ran down our aisle and touched my hand—causing the 13-year-old girl in me to emerge and nearly cry at the very thought of my eighth grade crush being so close to me.

Then, American Authors took the stage and I soon began to realize that it’s not really about where you are, it’s who are there to see. It’s who you are there with.

Parachute sang “She Is Love,” and American Authors performed a cover of “Can’t Feel My Face,” and the whole crowd screamed along. My friends emanated an aura of awe when they knew a song, and belted out the lyrics in unison. The girls in front of me appeared much too excited to me at first, but then I realized they knew how to have fun. They were adding to the experience, rather than just letting the experience happen to them.

The music, the people, the dancing, the singing along and enthusiasm of the crowd is what makes the concert—not the location.

So, this time, I’ll forgive Butler construction for disturbing the usual location of Butlerpalooza. Because I would have rather high-fived Will Anderson than have stood outside—and gotten stood on—with my frizz-induced mane blowing in the 60-degree wind.