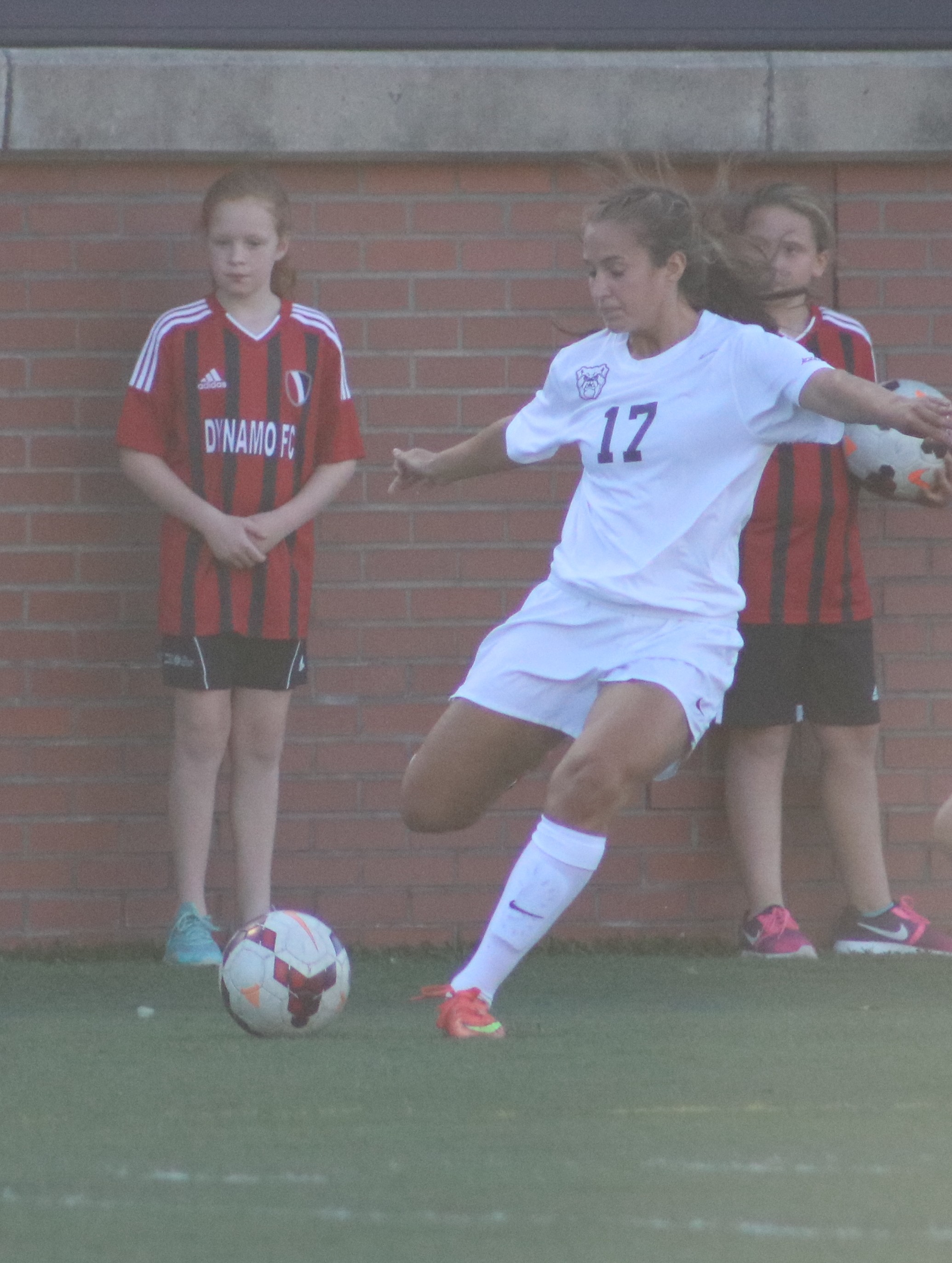 Although the Butler University’s women’s soccer team dominated Thursday night’s game at Indiana State University statistically, they still found themselves on the losing end for the first time in the young 2015 season, falling 3-2 at ISU’s Memorial Stadium.

The game started with a fast pace, which plays into Butler’s strengths and is what they prefer. However, the fast pace didn’t land either team any quick goals. The first goal of the game came in the 25th minute as junior midfielder Serina Kashimoto made a sliding kick of the ball and forced it into the net.

Kashimoto’s goal was the only goal of the first half from either team. In addition to the fast pace of the game, aggression was also high. In the first half, the aggression came from the Sycamores as they tried to play catch-up against Butler.

“I thought we grabbed control of the game quickly,” he said. “[We] didn’t necessarily get the goal, and then we had a couple of good chances early on.”

The aggressive Sycamores had problems finding each other on the field all night, as in they found each other too often. ISU’s players collided with each other on at least three occasions throughout the game, with one resulting in a player being carried off by the medical staff.

After halftime, ISU picked up the pace. They scored their first goal of the game in minute 59 with a shot from Sydney Lovelace to tie the game. Just seven minutes later, Lovelace scored another goal as Butler goalkeeper Madison Card came upfield just enough to allow Lovelace to get past her to raise give ISU a 2-1 advantage.

Butler maintained control throughout much of the second half. But whenever ISU got ahold of the ball, Butler’s defense began to fall apart and ISU was able to get through and have their say in the game.

Kashimoto felt that, as a team, they let their lead get into their heads.

“We [were] so excited to play because obviously we [were] ahead after we came back for the second half,” she said. “But I think we were so excited to create a chance to add on a goal.”

As the clocked ticked down, the Bulldogs continued to play at a fast pace. Butler freshman forward Halle Stelbasky scored a goal with six minutes remaining to bring the game to a tie at 2.

But with less than four minutes left, ISU’s Maddie Orf scored the Sycamore’s third goal of the game as the ball bounced off the crossbar and into the goal. Orf’s goal gave ISU a 3-2 lead they would not relinquish. Butler had several chances in the final minute but could not convert..

“We can live with [the first goal],” Alman said after the game. “The second and third goals were out of nothing and were just mistakes by us.”

When looking at the statistics from the game, one would think Butler had clearly won the game. The Bulldogs ended the game with 29 shots and 11 shots on goal compared to just 10 shots and five shots on goal for ISU.

Butler’s Kashimoto was the star of the game, racking in 11 shots, four shots on goal, one goal and one assist.

“We created a ton of opportunities to shoot on the goal,” Kashimoto said.

All that being said, Thursday night’s game was the game of the goalkeepers, as Butler’s Card had only two saves versus the eight saves for ISU’s goalkeeper, Brittany San Roman.

Alman said, “Ultimately [San Roman] was the best player on the field by an absolute mile and won the game for them with some fantastic saves.”

The Bulldogs, now 3-1-1 on the season, are back in action on Sunday as they host the University of Evansville at 1 p.m. Follow @ZHorrallBU and @BUSportsWriters for updates from the Butler Bowl.