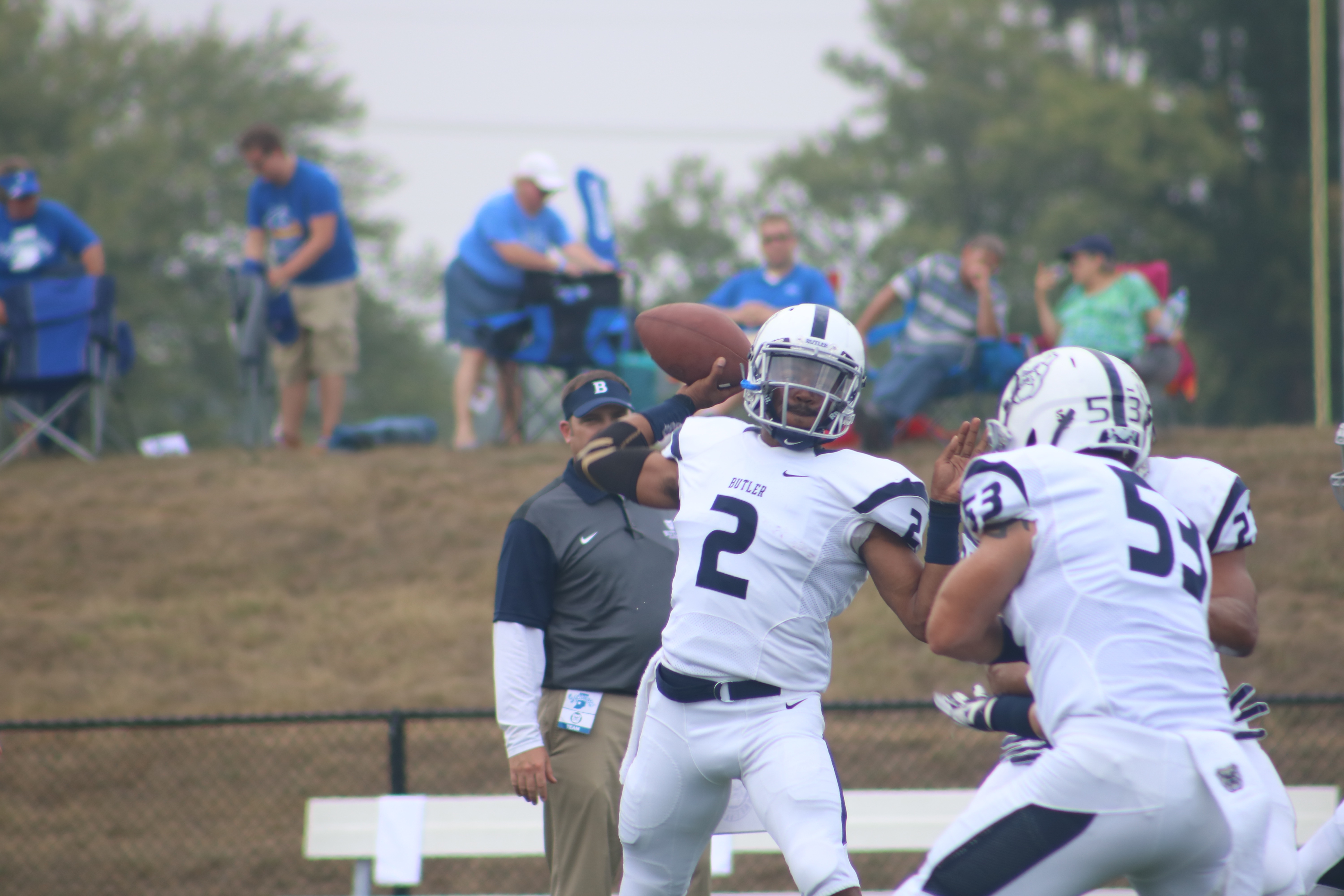 The Butler football team (0-1) said they know what they need to do to prepare for this week’s game against Franklin College (0-1), after losing to powerhouse Indiana State 52-17 last Saturday.

“The biggest benefit of starting the season with Indiana State, is that they know where the bar is set,” Coach Jeff Voris said. “The focus is to understand where the bar is set, then go back and reevaluate in training and in practice so you’re in the best position to play well.”

Butler has a 38-16-2 advantage in the all-time series. The last time the teams played was in 2013 at Franklin. The Bulldogs won 31-28. Butler running backs coach Patrick Doherty is a 2012 Franklin graduate. While at Franklin, he was a student assistant with the team.

Even if the final score last week didn’t show the Bulldogs strength, the statistics did. Even with an almost five hour weather delay, Voris emphasizes the energy of the Bulldogs this season.

“I thought both times our guys came out focused and warmed up well and got into the game, Voris said. “I thought we did a good job.”

Quarterback Matt Shiltz returned strong on Saturday, playing in his first game since he suffered a hand injury on October 11th against Campbell. Shiltz finished with 114 passing yards, 76 rushing yards on 11 carries, and a touchdown.

Senior kicker Jonathan Treloar connected on all of his attempts at Indiana State.

This is the only home game under the lights this season, with kickoff at 6:30pm at the Butler Bowl.