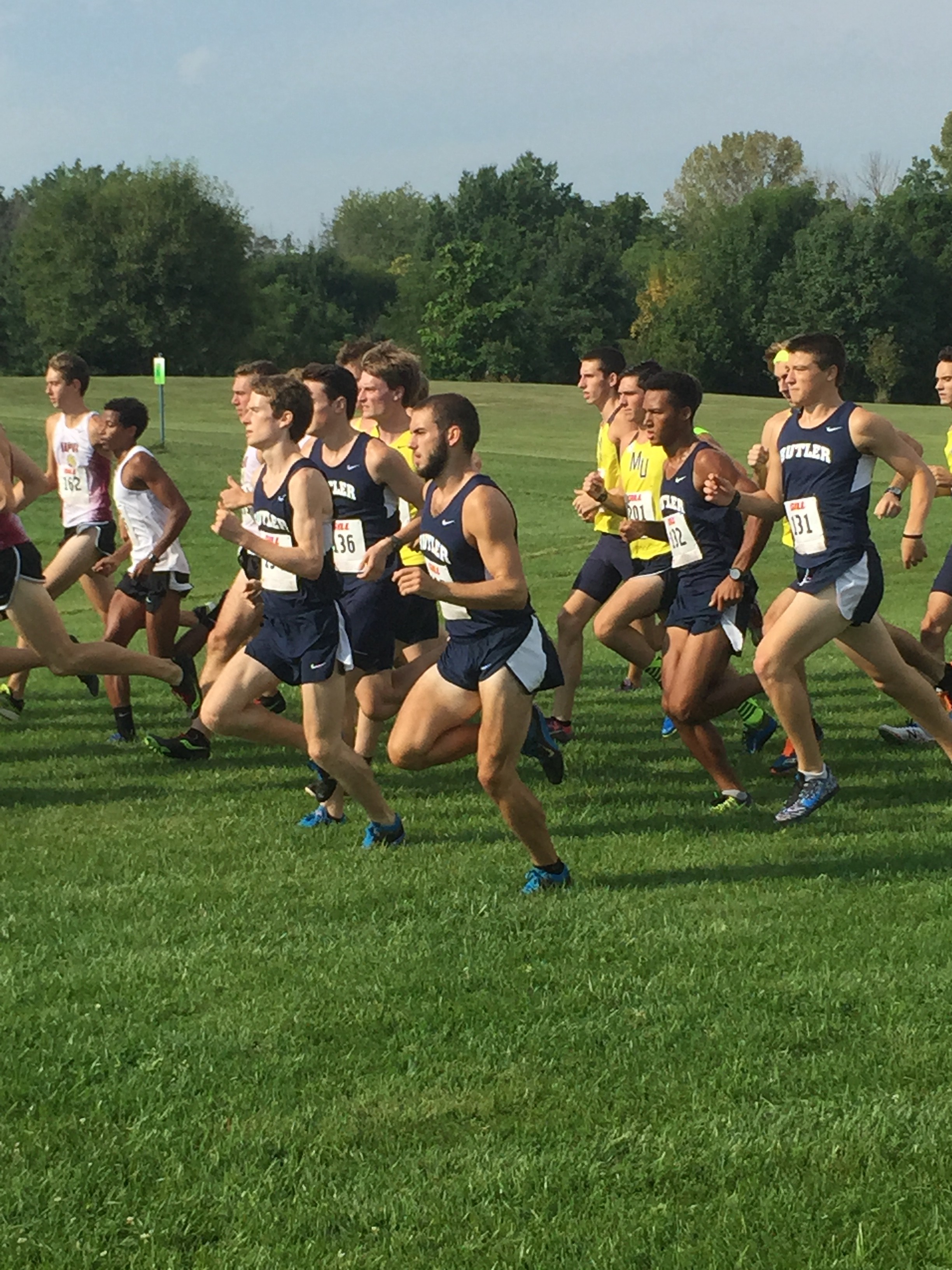 The Butler Men’s and Women’s Cross Country team kicked off their season Saturday morning at the Northview Christian Church grounds in Carmel, Ind.  Butler raced against instate foes Ball State University, Indiana University-Purdue University Indianapolis and Marian University. Both teams started the season off strong despite sitting most of their top competitors.

The action started with the women, who were led by junior Katherine Turner who won the 5k event with a time of 17:58.0. Turner turned in a strong performance, running away with the lead, never letting another runner close to her.  Following Turner was Olivia Pratt (third), Laura Riches (sixth), and Meredith Gallagher (eleventh). The team ended up in second place with 35 points. IUPUI took the win with 26 points.

The men’s competition was very one-sided, with IUPUI taking the top 6 positions and taking the win with 15 points. IUPUI’s top six runners led for more than three-quarters of the race, battling each other for the top spot. The Butler team came in second place with 50 points. The Bulldogs were led by sophomore Chris O’Brien, who came in ninth place with a time of 19:29.1 in the 6k event. Billy Thomas and Mahlik Mahmud also clocked good times, coming in tenth and twelfth overall.

The Bulldogs look to come back strong when they participate in the Indiana Intercollegiate meet on Sept. 18 in Terre Haute, Ind.