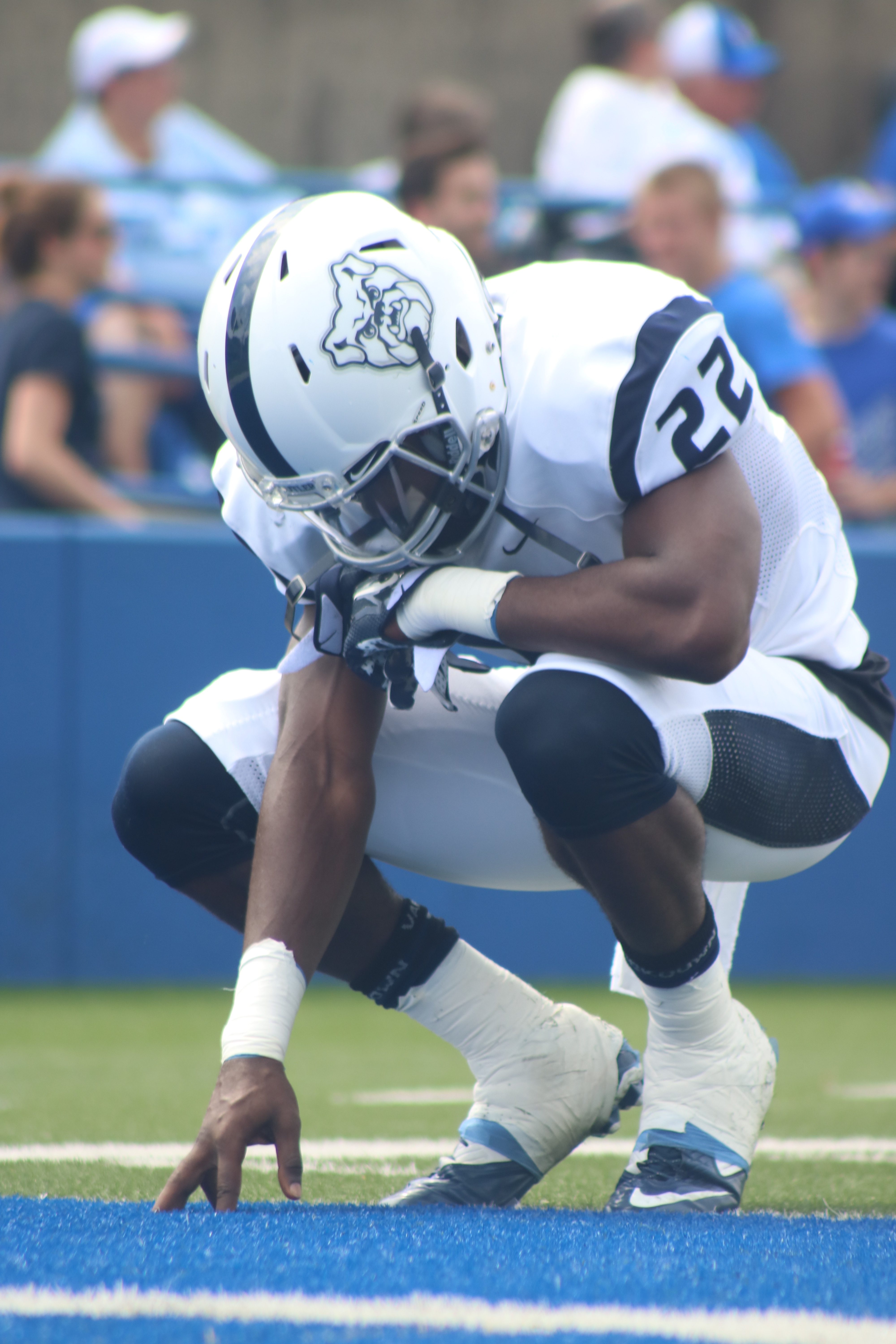 The Indiana State Sycamores didn’t lose much Saturday besides a halftime marching band performance. After five hours, two lightning delays and the shortest halftime in NCAA history, the Butler Bulldogs fell to the Sycamores 52-17.

Indiana State controlled the entire first quarter, building up a 24-0 lead. An interception by sophomore defensive end Mark Geers in the second quarter turned the table for the Bulldogs. Butler quarterback Matt Shiltz just missed finding the end zone on a quarterback sneak early in the second quarter, but connected with senior wide receiver Marquese Martin-Hayes for a touchdown on the ensuing play to get Butler on the scoreboard.

The game quickly returned to the Sycamores, as running back LeMonte Booker scored his third touchdown of the game on a 76-yard run. He finished with 137 rushing yards and 24 receiving yards.

Butler’s Jon Treloar made a 39-yard field goal going into halftime, making the score 31-10. Because of the lengthy delays, halftime was cut to three minutes.

Two more ISU touchdowns and two back to back ISU interceptions in the third quarter hurt the Bulldogs, but they continued to fight as Shiltz ran the ball 75 yards for a touchdown to make it 45-17. Shiltz finished with 114 passing yards, 76 rushing yards, and two touchdowns.

Butler will face Franklin College at The Butler Bowl next Saturday at 6:30 p.m.