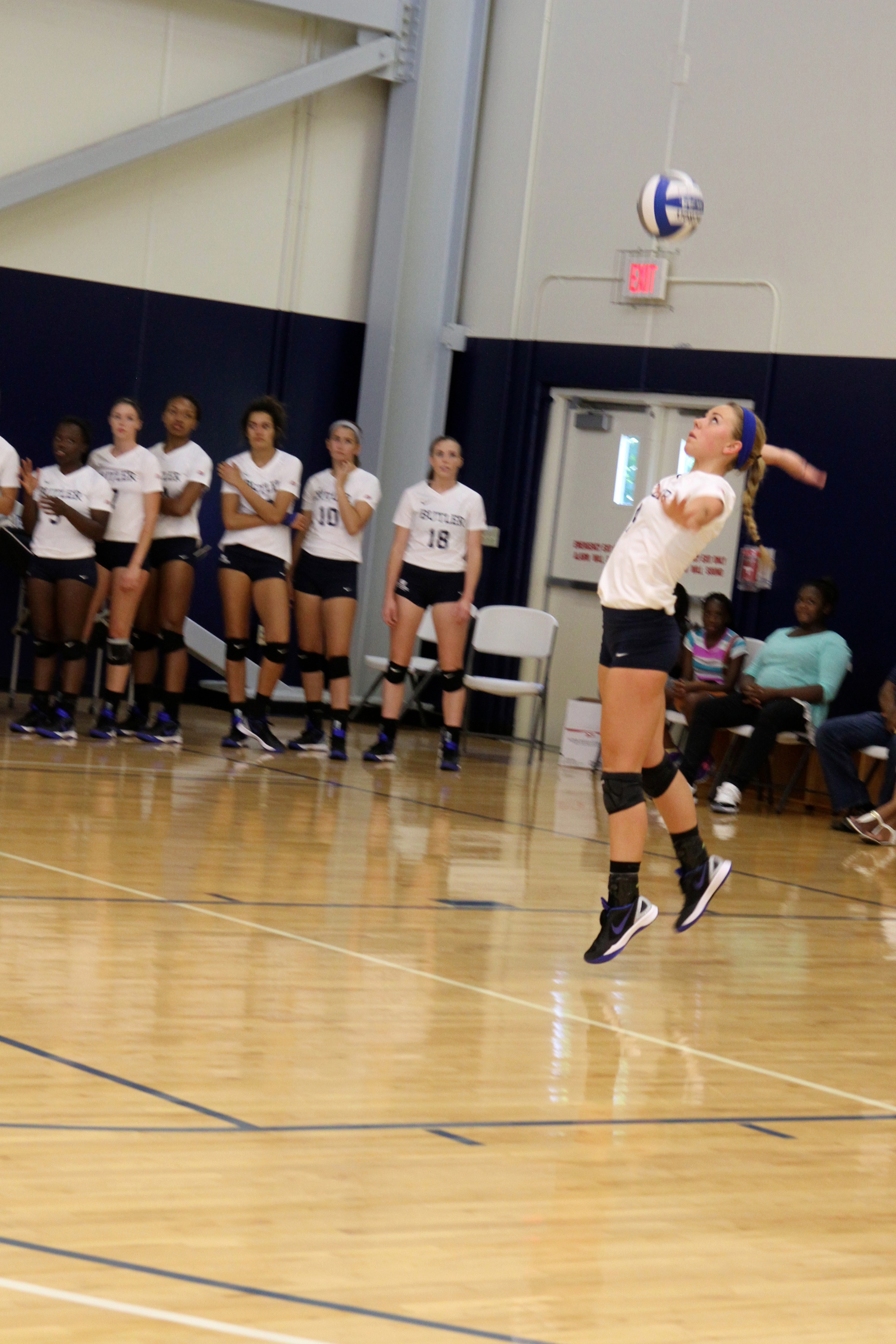 Butler’s volleyball team came up short in all three matches at the Spartan Invitational this weekend. The Bulldogs lost in five sets to both No. 19 Michigan State and Miami (Ohio) on Friday, and fell in four sets to the Virginia Tech Hokies on Saturday.

The opener saw unranked Butler take host Michigan State to the brink. The Bulldogs stormed back from losing the first two sets 24-26, 15-25. The Bulldogs took the third and fourth sets 25-21 and 27-25, but the Spartans won the final set 15-9. Redshirt sophomore Jessica Klingensmith and true freshman Briana Lilly led the offensive charge. Both student-athletes posted a double-figure kill total.

The tide of the second match turned in the final set. The RedHawks and Bulldogs alternated wins in the first four sets, but Miami won the clincher 15-12. The RedHawks were led by freshman Stela Kukoc, who posted 13 kills and two service aces. Butler led the final set 7-4, only to see Miami tie the score at 8-8 and move ahead to seal the victory.

Freshman Anna Logan’s star shined bright in Spartan Country. Logan amassed 33 kills, 27 digs, and six aces in the tournament. Logan, a middle blocker and outside hitter, attended Bishop Chatard High School in Indianapolis. She is one of eight freshmen on Butler’s roster.

The Bulldogs will take on University of Illinois Chicago, Northern Iowa, and Cincinnati in next weekend’s Butler All-American Classic. They will face the Flames and Panthers at 11 a.m. and 6 p.m. on Friday, Sept. 11, and face the Bearcats at 6 p.m. on Saturday, Sept. 12. All matches will be held at the newly renovated Hinkle Fieldhouse.