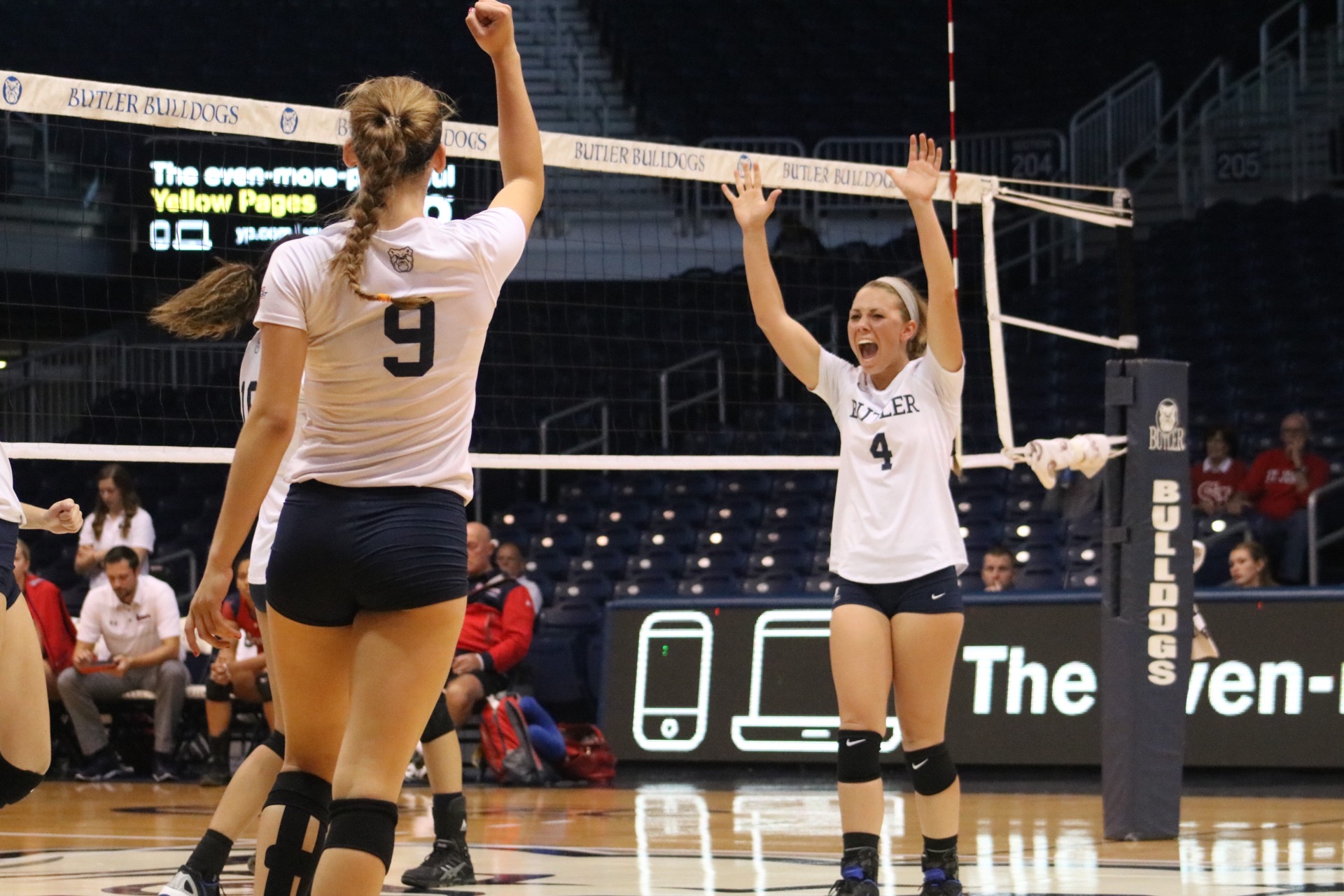 “It was a big win for us, and to do it in three at home for Homecoming was great,” Head Coach Sharon Clark said. “The girls are getting after it, and should feel really good about it.”

Butler put on a defensive showcase for its home fans. The Bulldogs posted four times as many blocks as the Friars, finishing with 12. Freshman Makaila Jarema led the blocking brigade with seven, improving her total to 40 for the year.

“We blocked really well,” freshman Briana Lilly said. “We picked up balls we usually let fall. We’re focusing on tightening up our defense and speeding up our offense.”

Clark remains impressed with her young team’s grit and determination.

The Bulldogs will pack their bags for Milwaukee as they face the Marquette Golden Eagles on Wednesday, Sept. 30. The Golden Eagles stand at 9-5 on the season and hold a 1-1 record in the Big East.

“We are glad we pulled through [today],” Lilly said. “We are hoping to get some huge wins early in the season.”