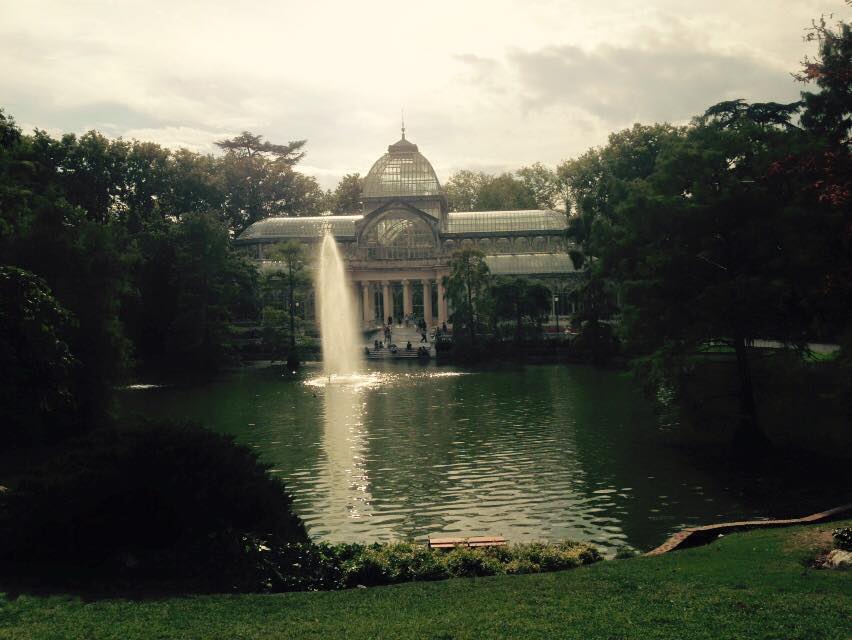 My first day in Spain felt like three. Landing in the Madrid-Barajas Airport; meeting my host family and unpacking; and taking a tour of Alcalá de Henares, my new hub until the end of the semester.

Thirteen other Butler students and I are attending Instituto Franklin at Universidad de Alcalá de Henares, founded in 1499. The classes are all in Spanish, and so are the streets. It goes without saying that the last two weeks have been all about adjustment.

I wish I could say that since being accepted into the program, I spent every waking moment filled with excitement. But the better word would be anxiety. I worried if I would be able to communicate and find my way across train platforms.

I found my way quickly. After needing to ask one local for directions and another for change for the Coca-Cola machine (an American pleasure I allow myself), I grew more certain in my language ability. Now I enjoy my days under the hot Spanish sun and nights under the rich Madrileño stars.

Spain is six hours into the future, so my first few meals felt premature, to say the least. Yet still rich in taste. My favorites include arroz a la cubana, a simple dish of rice blanketed by an egg smothered in tomato sauce.

The entire program had a formal tour of Madrid on our third day here. Like many European cities, Madrid is a brilliant amalgamation of old and new.

You pass the nearly 300-year-old Royal Palace of Madrid and drop into squeaky-windowed El Café de la Opera for a pint-sized espresso. You stroll down Calle Mayor and come across a large, bright screen advertising “El Rey León” (The Lion King).

On my second week, everything finally feels normal, but in a completely new way.