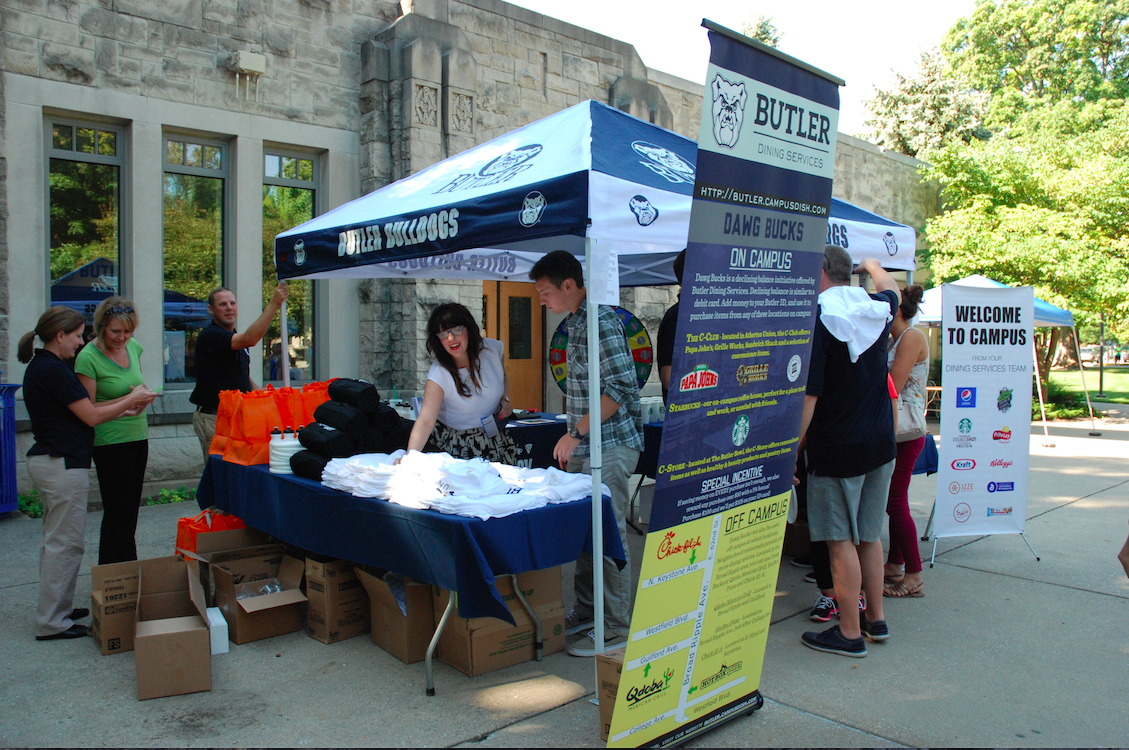 Every year, on an evening before school begins, Block Party shows off a multitude of Butler’s clubs and organizations. Block Party is the first opportunity for new students to see all the institutions and groups that Butler has to offer. There is everything from religious groups to service organizations to Greek life.

This year, about 150 of the 180 organizations on campus were present at Block Party. Some departments, such as the HRC and Clowes Memorial Hall, also set up booths at the event.

Most years, the festivities take place on the spacious expanse on the mall. That was not an option for 2015’s Block Party though, due to the construction.

Instead, the event was held as an actual “Block” Party on Hampton Drive. This is not the first time that Block Party has had to move to a new location.

Due to unforeseen rain, last year’s Block Party had to be moved to the Reilly Room and could only present certain organizations at different times.

Kelsey Berggren, senior, recalls, “With all the separate days and informal times for Block Party last year, not nearly as many people had the opportunity to attend. Being a part of multiple organizations on campus, I felt bad for the new students, because those who didn’t pass by Block Party at the right times missed out on some great opportunities.”

“It’s a great way to show off Butler’s organizations,” states Sullivan. “It allows students to get involved.”

Freshman Rebecca VanVliet said the event made her feel overwhelmed.

“I feel like it was definitely worthwhile, but I was very overwhelmed,” she said. “I probably signed up for about three or four groups, but I only went to one call-out meeting.”

This is not uncommon. Many people become overwhelmed by the numerous booths and clubs that are present, so they put their name down on every piece of paper they see.

How many of the call out meetings though do people actually attend? Going further, how many actually join the club after the call-out meeting?

For the Lutheran group on campus, 25 students signed up but only seven attended the call-out meeting. That’s roughly 28 percent.

For Butler University Dance Marathon, 320 people signed up and over 500 people stopped by the booth. For the call-out meeting, roughly 280 people attended.

The organization Best Buddies sent out 200 emails to students that showed interest and a quarter of those people went to the meeting.

Only time will tell how many people stay with the organizations.