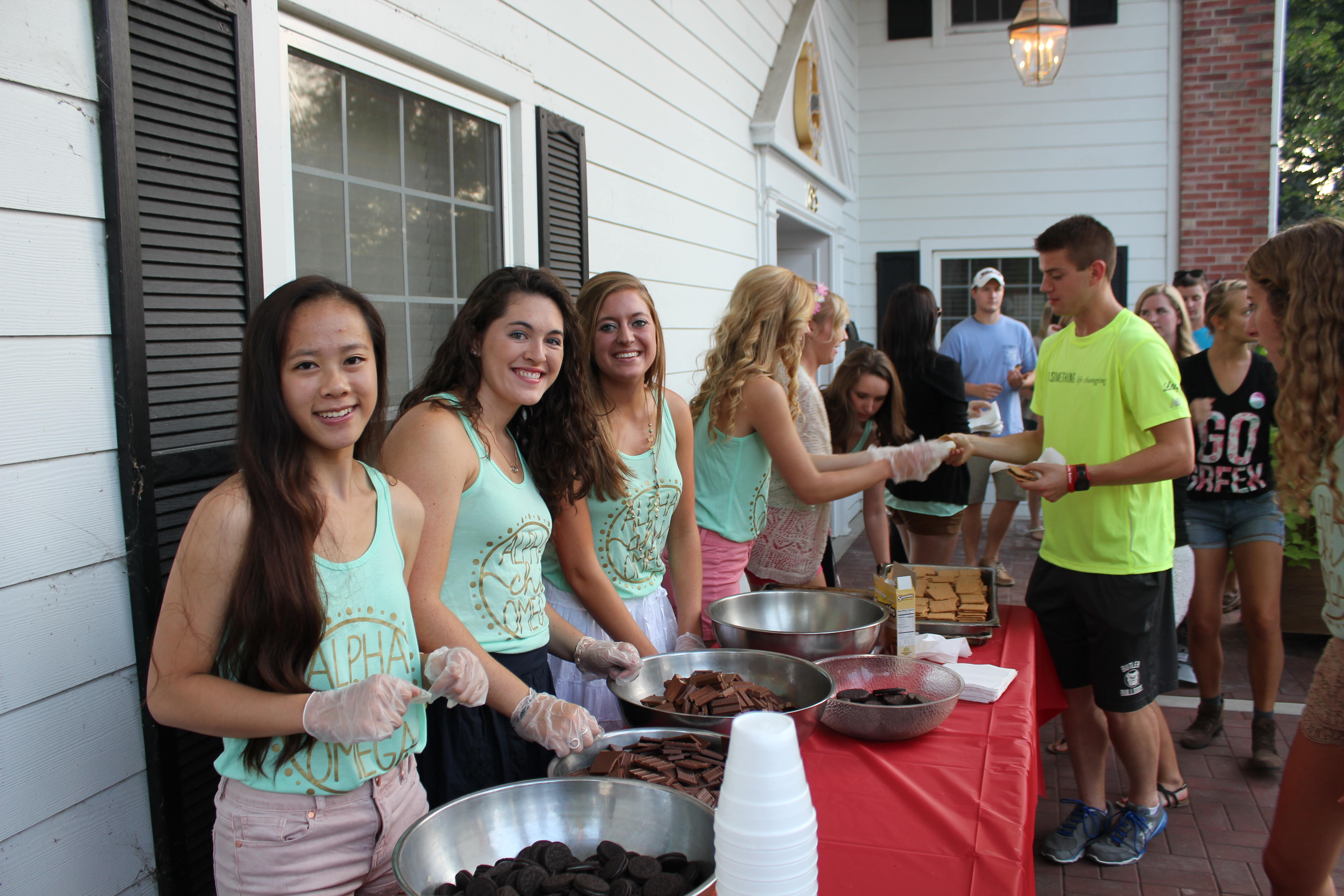 Proceeds of the event benefit the sorority’s national philanthropy, the Alpha Chi Omega Foundation, which aims to both bring awareness to and resolve the issues surrounding domestic violence.

“The event brings together alumni, the Greek community, the first-year students and many other members of Butler’s student body,” said Robyn Jutsum, a sister of Alpha Chi Omega.

“Having a charitable event such as Alpha Chi Omega’s S’mores is a great way for first-year girls to attend an on-campus event with the new friends they have made after only a week on campus,” Madison Stefanski, a first-year student, said. She continued, elaborating that “It allows a new student to get acquainted with the Greek system at Butler. It is a great way to have fun, all while supporting a great cause.”

Domestic violence is far too often an issue that falls into silence, and S’mores helps to raise the problem out of the margins and into the forefront of society’s concerns.

“Alpha Chi Omega loves doing this,” said Paige Haefer, a sister of Alpha Chi Omega and Vice President of Philanthropy. “Not only is it a great way to bring campus together, but it also has a bigger purpose: to raise both awareness and funding to be donated to the national fight against domestic violence.”