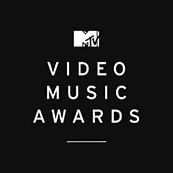 The annual MTV Video Music Awards premiered Aug. 30, and I was among the many people that tuned in to see who would win the awards, to hear the latest songs and to judge the extravagant outfits.

Over the last few years it seems as though the celebrities featured on the award show for the sole purpose of shocking the audience through their over-the-top outfits or their seemingly dramatic “feuds.” I use quotes around feuds because I think a lot of the fighting is staged and meant to incite a reaction from the viewers—as if we are watching “Keeping Up with the Kardashians.”

This is the type of manufactured television the majority of people watch. When I take a step back and look at this new generation of celebrity status, it scares me for the generations to come because each year, it only seems to get worse.

Junior Danielle Ruppal said celebrities act the way they do because they are in the public eye at all times.

“These celebrities don’t live normal lives,”  Ruppal said. “They make one mistake and it’s everywhere, publicized and blown up by the media. If you think of Miley [Cyrus], for instance, she takes her popularity and her status and rubs it in peoples’ faces.”

However, junior Megan Becker said she takes an entirely different stance on her feelings towards today’s celebrities, specifically Cyrus.

“Even though Miley [Cyrus] might be a little crazy, almost everything she does is for a good cause,” Becker said. “Like at the VMA’s, her performance featured (lesbian, gay, bisexual, transgender) youth. She is very true to the things she believes in and who she is.”

I find it interesting that people can feel so strongly about a person they do not even know. All we see of celebrities is what the media shows us. We watch as they orchestrate outrageous spectacles in public, like at the Video Music Awards or on various television programs. And we then form our opinions based solely on that.

People consider “Keeping Up With the Kardashians” entertainment even though it is just a show about a family running through their daily routine. I’m not even sure how they became famous or why they still are.

Junior Kailey Eaton said she takes an entirely opposite stance, since she enjoys watching the show.

“In a way, I see the Kardashians as family-orientated,” Eaton said. “They bicker and they fight, but they’re always there for each other in the end. Despite the fact that they’re famous, I think their family dynamics can be relatable.”

The manufactured celebrity feuds featured on the MTV Video Music Awards incited reactions and opinions from viewers. The numerous tweets, Facebook posts and BuzzFeed articles I saw about awards made me realize why this form of entertainment is still produced: because people still watch. And, most likely, they always will.

So if we know this to be true, why do we continue to give into pop culture and watch the shows and support the celebrities that are becoming this generation’s new ‘role models?’