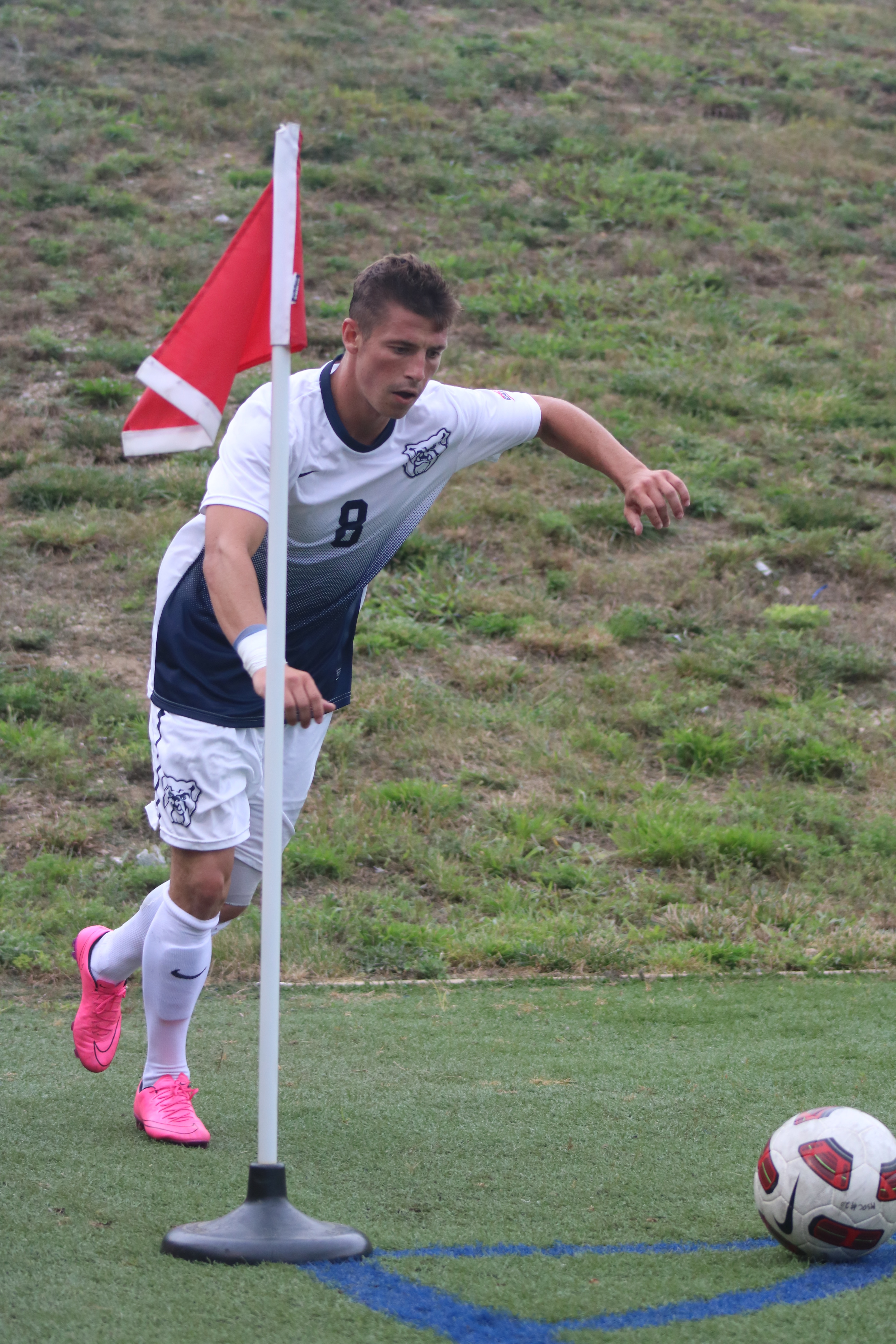 There are two things the Butler University men’s soccer team aims to do this season: score goals and win the Big East championship.

“My expectation always is to win the Big East,” junior David Goldsmith, 2014 Second-Team All-Big East member, said. “That’s one of our team expectations and we’ve got a good shot at it. We have a good team. I’d love to play in the NCAA [Tournament] and advance in that.”

“Truthfully, we want to win the Big East,” Postlewait said. “I think that this team has all the potential to do that. We want nothing less than that and hopefully we can go as far as we can in the national tournament.”

Head coach Paul Snape is entering his fifth year with the Bulldogs. He knows the importance of the Big East tournament.

“[If] you win the Big East then you are legit one of the top eight to ten teams in the country just because the Big East is so good,” Snape said. “There’s no margin of error but we all want it.”

The Bulldogs are coming off of a 6-7-5 record last season with a 2-5-2 conference record.

Sophomore Bennett Kim has seen an improvement in the chemistry of this year’s team compared to last year’s.

“I think this is one of the best team chemistries we’ve had,” Kim said. “We’re all just more comfortable with each other this year. Everyone’s going to be playing for each other and fighting for the team.”

Senior Jeff Adkins said that the captains of the team (Postlewait, Goldsmith, Mitch Ostrowski and Mike Kozielek) also bring a contribution to the team’s healthy chemistry.

“I think we’ve got four really good captains this year,” Adkins said. “It goes back to team morale; I think all four of them bring good vibes to the team. Every one of them brings a certain attribute to the team.”

The captains, as well as team leaders and the coaching staff, have been looking toward freshmen and underclassmen to step up this year to fill in the holes players left last year.

“Our job is to make sure that we keep coaching and teaching them to get them ready for the season,” Snape said. “Once the season comes, the intensity jumps up. We’ve got to make sure they don’t get burned out.”

Adkins said that scoring goals is one thing that every winning team needs to do.

Snape also sees that his team is on the verge of being exceptional.

“We’re very close.” Snape said. “As a program, we’re ready to explode and really take off. It’s just making sure we believe in it. I challenge the players to embrace it.”

Something that Butler Men’s soccer players are looking forward to is the home game on Sept. 16; an in-state rivalry game against former national champions, Indiana University.

“We’ve obviously got another big game against IU here again,” Goldsmith said referring to the game on Sept. 16. “Great match, great occasion last time, we had a lot of fans out there. It would be great to have that support again against such a rivalry. It’s great walking out of the tunnel and see all the fans here.”

Although the game against IU is highly anticipated for the Bulldogs, Butler’s first regular season game is Aug. 28 at the University of Wisconsin and kickoff starts at 8:30 p.m.  Their home opener is Sept. 12 against Drake University at 1 p.m.