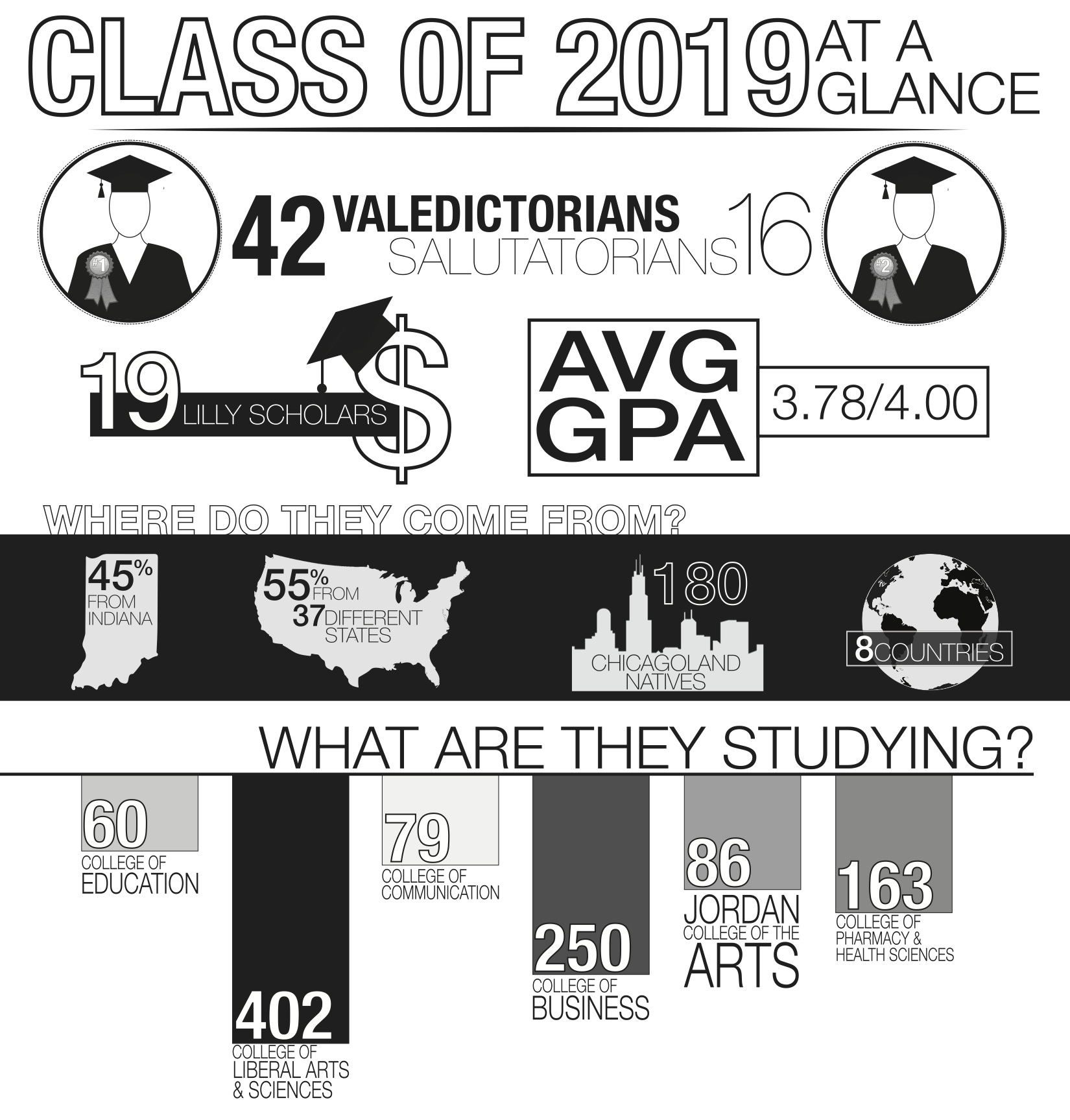 They “ooh” and “ahh” over Trip and participate in icebreaker after icebreaker, straining to think of more fun facts about themselves to share with their new classmates.

“Playfair was definitely made for extroverts,” freshman Cassie Almendras said. “It was really very overwhelming for me to meet so many people so quickly.”

Bouncing from playful activities to more serious topics like alcohol and sexual assault, freshmen slowly got acclimated to campus.

“They just kept telling us which building to go to but I still didn’t know what was happening,” she said. “In the end, they ended up answering all the questions we had, though.”

Hailing from Germantown, Maryland, Rosenfeld is one of the majority of new freshmen students, since 55 percent of the Class of 2019 is from out of state.

Overall, there are 37 states, eight countries and the District of Columbia represented. Almendras is one of 180 students from the Chicagoland area.

Saturday, the 1,040 first-year students flocked from their homes to the residence halls with their parents and too many boxes and bags to count.

Freshman Nicole Merriman from Canton, Ohio, said her move-in experience was so easy thanks to the help of Trip’s Move In Crew.

She and her parents each had a carload of belongings that they drove to Schwitzer Hall.

“I only had to go up all the stairs twice,” she said. “Everyone there was willing to help and so ready to go.”

Merriman, a biology major, represents a different majority on campus: her college.

The College of Liberal Arts and Sciences took about 40 percent of the incoming students. The College of Education took in the smallest portion of the freshman class with 60 students.

“One other person came here from my high school, and I thought I would never see him,” she said. “I have run into him six different times during Welcome Week. I definitely did not think that would happen.”

She also said it seems like most people know each other when you mention friends in a conversation.

Rosenfeld said she is looking forward to getting to know more upperclassmen, so she can make those connections.

The freshmen have already been making connections with their first-year seminar class, since those classes make up the orientation groups.

“FYS is my first class ever, so it is not going to intimidating at all,” Rosenfeld said. “I just spent all week with them, so I already know everyone in there.”

Almendras said she is ready for Wednesday.

“As nerdy as it sounds, I am most excited for classes to start,” she said. “I mean, I have been looking forward to going to college and preparing for it for so long that I am ready to really start my college experience.”