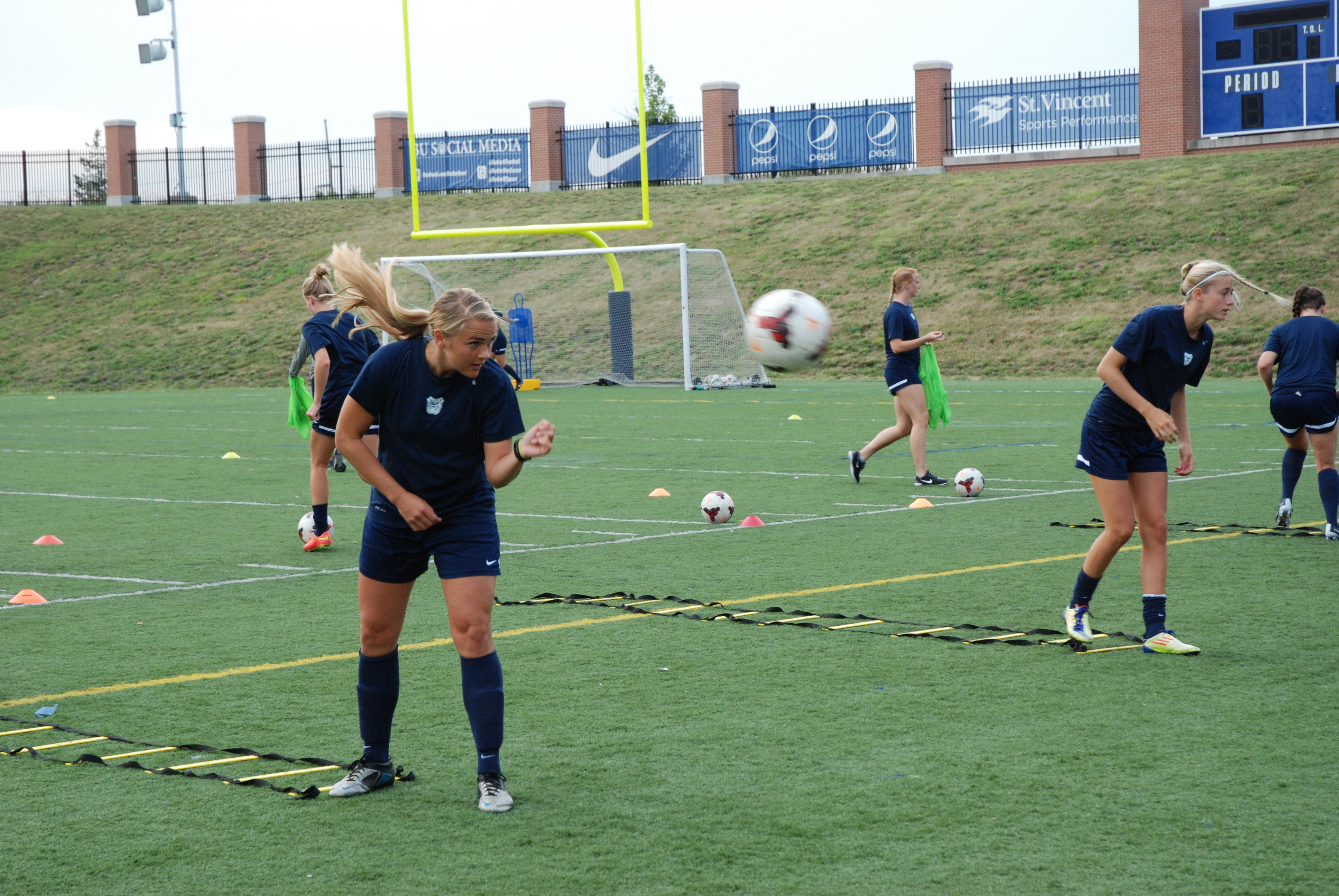 Co-head coach Tari St. John said she understands the benefits of having a lot of young talent.

“I think it keeps the upperclassmen on their toes a little bit,” St. John said. “They take great pride in the culture that has been built over the years here, and they know with such a big class they have to make sure that everyone is aware of what the expectations are. I think that has actually helped them be at their best.”

“They’ve come out really strong and have brought new parts to our team that we haven’t exactly had the past years,” Maccagnone said. “So they bring out a really new strong aspect that we’re ready to work off of. It helps our team overall.”

One thing the team did differently this season was the removal of the exhibition games from the opening portion of the schedule. That means every game the Bulldogs play this season counts.

St. John said the decision was one that the coaches made based partially on the returning veterans.

“We’re playing 20 regular season games,” St. John said. “And I think that having the mindset of actually learning from these first few games will be imperative for us as we grow as a team.”

Without any exhibition games, the work that was done in the offseason becomes much more crucial. Sophomore defender Shannon McDevitt said the Bulldogs put in a lot of work in the summer.

“In preseason this year we’ve come out really hard in practice,” McDevitt said. “It’s exciting to see how much potential we have going into the season.”

Team chemistry is one thing the Bulldogs hope will benefit them this season as well. Freshman forward Halle Stelbasky said she thinks having good team chemistry will help the team on the field.

“I think having chemistry right off the bat is super important because we’re kind of ahead of the game,” Stelbasky said. “Once you get it off the field, it’s so much easier to communicate on the field.”

St. John said the goal for this year’s team is a simple one.

“We want to be Big East champions,” St. John said. “It’s something that we don’t talk about a lot. It’s there, and we are just well aware of the work that needs to be put in, so that’s our focus every day.”

Maccagnone said she is just excited to get onto the field.

“I’m excited to take the season by storm in the Big East, and prove to everybody that we are a huge competitor.