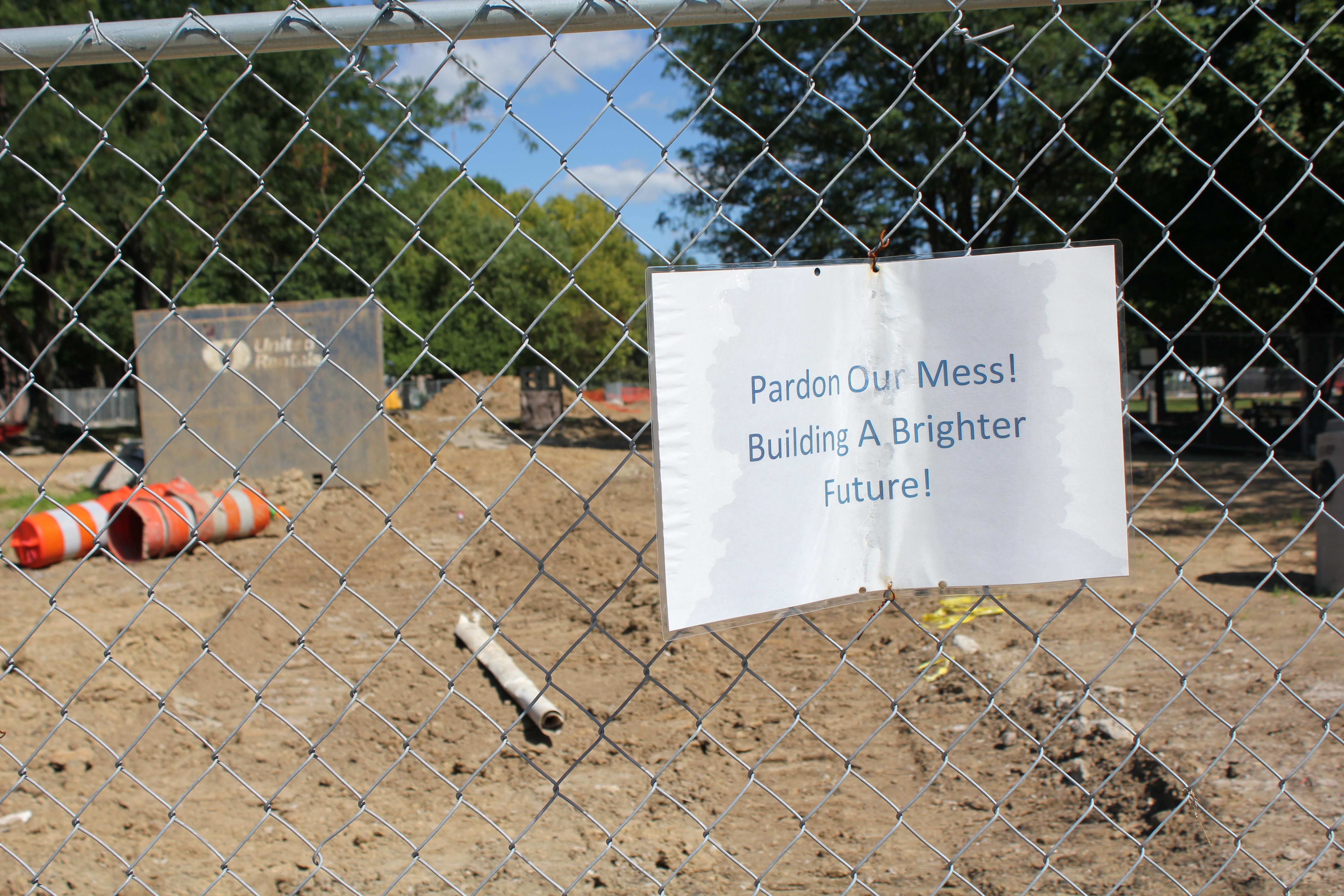 For returning students, construction is an old friend, or rather an old enemy.

“Construction was horrendous living here over the summer,” Olivia Browne, junior Spanish major, said. “It took me a lot longer to get around campus.”

For the last few years, construction has made its way across campus and has now overtaken more of campus than ever before.

From the parking garage to the Atherton Mall, here is what you need to know about current construction projects, and the future of Butler’s campus.

The construction on the Atherton Mall is projected to be completed within the next month, Rich Michal, executive director of facilities at Butler University, said.

“Once we get it done in the next month, we’re going to have to corner it off and let the grass grow,” Michal said.

Due to sewer line work for the new residence hall and Atherton Union, the Mall is off limits to students. The university is installing larger pipes to improve water flow.

Michal said Butler did not want to tear up the Mall, but they were required to install a new sewage line. Most of the infrastructure was inherited 20 to 40 years ago for free from the public utility.

“While we’re in here tearing up this mall, let’s put in new infrastructure,” Michal said.

Annual events such as Block Party and ButlerPalooza, normally held on the Mall, were moved to other spaces on campus such as Hampton Drive, Schwitzer Hall lawn and Clowes Memorial Hall.

Vice President for Student Affairs Levester Johnson said there has been much discussion over where to relocate events.

“The bottom line is we are using other venues on campus in order to make due and actually introduce new spaces on campus,” he said.

Five hundred parking spots are open and free for the time being. Michal said he hopes the rest of the garage is completed by homecoming weekend. Once the pay stations are up, anyone can park there for a fee, though those with A permits can park during the day with their passes. The primary purpose for the garage is for special events during the evening and weekends.

“We’ve got the capacity for the regular academic day,” Michael said. “Where we have the problem is for the large events. What that means is that we want as much turnover with that, so we don’t want residential students parking there, we don’t want cars that are going to park there 24/7.”

An increase in the cost of parking permits, the fee itself to park in the garage and rental income from retail spaces will allow Butler University to break even on cost of construction and eventually turn a profit.

“We’re hoping with Scotty’s being identified there are going to be some additional potential partners who say ‘Hey, they’re in there and they should do well, they have a great reputation, so now maybe we should hop on,’” Johnson said.  “This is typically how these strip type malls work, you get a good anchor and then others follow.”

Discussion of additional retailers will begin in September. There is no set number of retailers; it will depend on how the space is divided.

The new residence hall, under construction in the Irwin Library parking lot, is slated for completion in Fall of 2016. Michal said the purpose of this new building is to create an updated dorm.

“Students come to Butler not for our housing, but despite our housing,” Michal said. “We felt we should invest a little more money.”

When the new residence hall is completed, Schwitzer Hall will come “offline.” Michal explained two possibilities for a renovated Schwitzer. He said his team is talking about either completely tearing down Schwitzer and rebuilding or keeping the front facade and rebuilding the legs of the “U.”

“If we can get 600 to 700 beds out of that, then we may not need to renovate Ross,” Michal said.  “Ross could be new Greek housing, we could tear down Ross and put in a parking lot – I’d hate to do that – or we could repurpose Ross for some sort of academic or administrative building.”

Discussion on budget and design will begin in September.