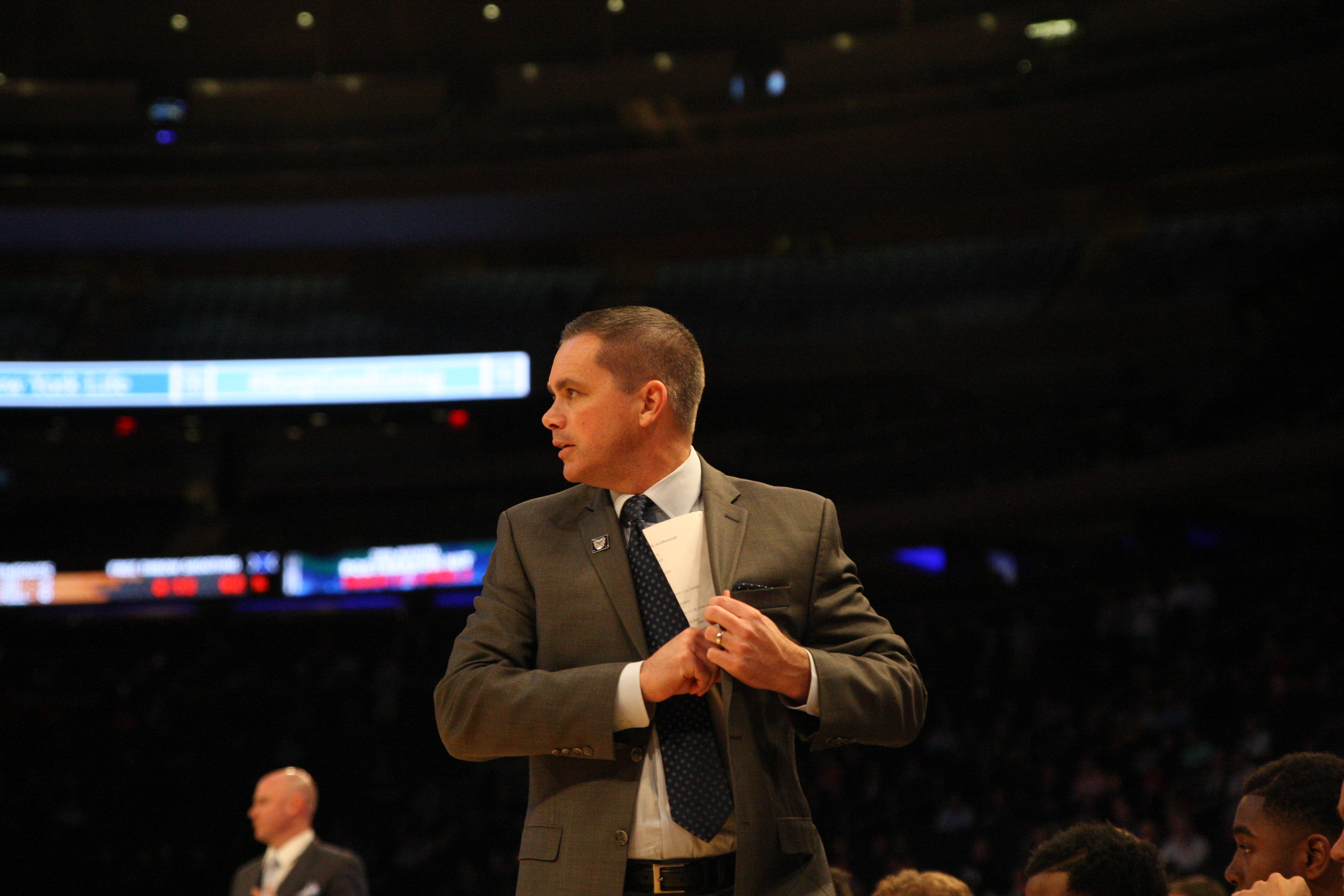 There are still more than 15 weeks until the first pre-season Butler men’s basketball game, but the Bulldogs generated some off-season excitement Thursday by releasing the full non-conference schedule on Twitter.

The team’s twitter began with a picture of the new Bulldog logo and revealed puzzle pieces every half hour with one of the non-conference games on a basketball court.

The Bulldogs travel to San Juan Nov. 19-22 for the @ESPNPRTipOff. The average high in San Juan on Nov. 19? 85 degrees pic.twitter.com/Rg3ZATyOdX

The 14-game non-conference slate (including exhibitions) will hold Bulldogs fans over until the Big East office announces the full conference schedule some time in September.

The Bulldogs will play three other Indiana teams during the regular season. They will host Indiana State (Saturday, December 5) and IUPUI (Monday, December 28), and will take on Purdue in the fifth annual Crossroads Classic at Bankers Life Fieldhouse Saturday, December 19.

The Bulldogs are 2-0 against the Boilermakers in the Classic and 3-1 overall, with the only loss coming against Indiana University last season.

Butler is 9-2 against teams from Indiana in the regular season and NCAA Tournament over the last three seasons, with the losses coming against Indiana in the Crossroads Classic and Notre Dame in the Round of 32 back in March.

The Bulldogs will have several neutral-site games, including the Crossroads Classic and a trip to the Puerto Rico Tip-Off November 19-22, but they have just one true road game in the non-conference schedule.

Butler will visit the University of Cincinnati on Wednesday, December 2. The Bulldogs will then host the Bearcats the following season as a part of a home-and-home series.

The bracket has not been released for the Puerto Rico Tip-Off yet, but the other seven teams are Miami (FL), Minnesota, Mississippi State, Missouri State, Temple, Texas Tech, and Utah.

Outside of the Puerto Rico Tip-Off, Cincinnati and the University of Tennessee are the only “power conference teams” on the slate for Butler. The Bulldogs host the Volunteers on Saturday, December 12. Tennessee knocked off Butler 67-55 last December in Knoxville.

The Bulldogs travel to San Juan Nov. 19-22 for the @ESPNPRTipOff. The average high in San Juan on Nov. 19? 85 degrees pic.twitter.com/Rg3ZATyOdX