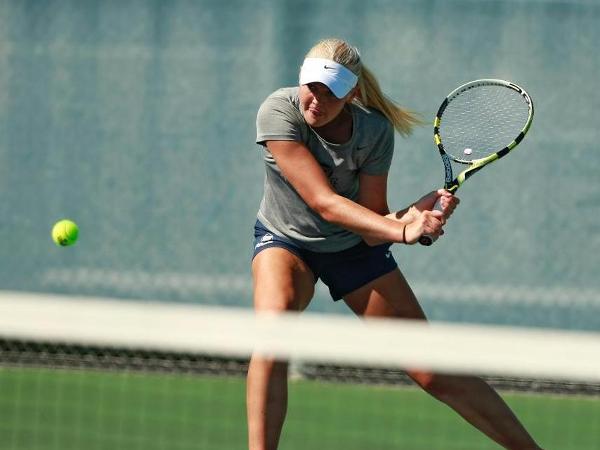 Butler University women’s tennis team is heading to Chicago, Illinois, this weekend for a pair of Big East matches with DePaul University and Providence College.

The Bulldogs are coming off a win over their neighbor Indiana University-Purdue University-Indianapolis this past week that pushed their record to 6-14 on the season.

DePaul comes into the match with a 14-4 record, having won six of its last seven matches. The Blue Demons won their only conference match of the season against Xavier University 7-0 in February.

Butler has won two of its last three games, with a loss at Marquette University, its only Big East match of the season thus far.

Freshman Rachel Sutton said the team is excited to get on the road and take on these teams, especially DePaul.

“DePaul is a very good team, so it will be fun to play against good competition,” Sutton said.

Butler will have just two matches remaining after this weekend before it hosts the Big East Championships April 23 through April 26 at the Barbara S. Wynne Tennis Center in Indianapolis.

Freshman Bailey Padgett said the team has been working hard in all of its matches to date. Now that the Bulldogs have a bit of experience under their belts, she said it will be interesting to see how the team performs now that they are even more comfortable.

“We all are playing the best tennis of the season, and are excited to see how we match up with conference teams heading into the tournament,” Padgett said.