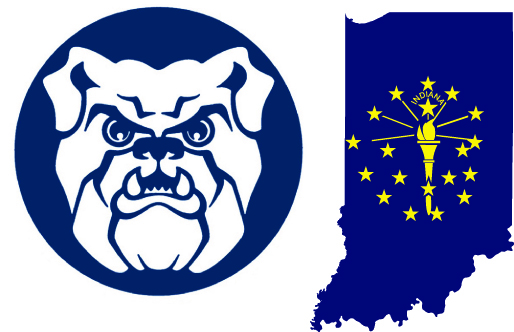 Butler University President James Danko condemned the state’s enactment into law of Indiana Senate Bill 101, known as the Religious Freedom Restoration Act, in a statement to the Butler community Sunday.

Danko said the bill first came up in conversation a week ago with his cabinet members, comprising the university’s top leaders. He received feedback from students and alumni as the bill passed through the legislature. He wanted to see “how this thing would play out.”

“I do avoid getting into political debates, that’s not my role I see as president,” he said. “I really have to be conscientious of my responsibility to allow free debate and free dialogue on issues, and not put any kind of chilling effect on those kinds of discussions.”

But as the controversy continued to grow over the weekend, he said he knew he needed to act.

Danko released the statement Sunday morning and said the response has been “overwhelmingly positive.”

“I would say that easily over 80 percent have been favorable,” he said.

Many members of the Butler community voiced support for his taking a stance. Butler was the first university in the state to release a statement, followed by DePauw and Indiana universities.

Chad Pingel, president of the Butler Student Government Association, said he thinks it is important for universities to take a stand on issues such as this.

“It shows, not only to the state of Indiana, but to others who are looking from the outside, what our school in fact does represent,” he said.

“For diversity to be supported in any campus, within businesses and corporations, there has to be strong support from the executive levels, from the person at the top all the way down,” she said. “When you can see that strong demonstrated support of diversity at the top levels, it’s going to send a clear message that this is something that is important and that we abide by.”

Kyle Graden graduated from Butler in 2014 and is the Alliance liaison for the Gay, Lesbian, Bisexual and Transgender Alumni Association. He was an active voice pushing the university to take a stance against a bill banning same-sex marriage a year ago. He was pleased that the university chose to take a stand early this time around.

“I am glad to see that Butler opposed this, along with several other universities,” he said. “Last year it was a struggle trying to get Butler to take a public stance on HJR-3, but they finally did that. I’m glad they did that this time around too.”

While Butler and many other organizations across the city, state and nation have taken a stance against the passage of the “religious freedom” law, no one knows what the effects will be.

Butler’s president said that regardless of which side one takes on this issue, the image of Indiana has been tarnished.

“The one thing you can’t argue with is that this has really hurt our image,” Danko said. “Whether it’s the noise that has hurt our image or the loudness of the social activists, it makes no difference.”

He said he does not think Indiana’s legislators knew how much conversation the law would generate. Now that the conversation has come to a tipping point, he said it is time for those in power to take action.

“I don’t think the legislators and the governor necessarily foresaw that or thought through the ramifications,” he said. “But once you recognize the ramifications, you’ve got to step back and go, ‘Wait a minute. Something is wrong here.’”

The fear? Students may decide not to apply to Indiana schools.

“This effectively takes Indiana off the list for a lot of people,” said Graden, the Alliance alumni liaison. “People don’t want to go to a college where they could be discriminated against. Recruitment-wise, that’s difficult for the university if they want to attract more diverse students, which is a big push.”

Davidson, the diversity center’s director, said she hopes LGBT students will not hesitate to apply at Butler, but rather take advantage of the many programs the school has that celebrate diversity.

“I think the university is supportive of LGBTQ students,” she said. “I think there are support systems in place.”

Members of the Butler University admissions office were unavailable for comment.

Graden said the impact on Butler students also affects things like a job search before or after graduation.

“For me, looking for a job in Indiana was challenging,” he said. “My options were very limited. I had to look for something I knew was going to be supportive of the LGBT community.”

Businesses across the nation are voicing opposition to the law. Top Indiana business executives delivered a letter to Gov. Mike Pence on Monday urging him to add legislation clarifying that the RFRA cannot be used to discriminate based on one’s sexual orientation and gender identity.

Other organizations, such as the NCAA and Gen Con, have said they will reconsider holding future events in Indiana depending on the effects of the law. Lee Saunders, president of AFSCME, a union of state, county and municipal employees, said in a statement Monday that the federation will move its 2015 conference out of Indiana.

Butler encourages Indianapolis community service through community events such as Bulldogs in the Streets and Relay for Life. Levester Johnson, vice president for student affairs, said the law will cause the university to act with caution when deciding which events to participate in.

While he said Indianapolis has an anti-discrimination ordinance in place, the statewide law places the city in a negative light.

“Does it give it added comfort knowing that the mayor of Indianapolis and Visit Indy and so forth are doing what they can to make sure the city reflects its openness and its ability to welcome those within its boundaries as well as those who are coming to visit? Absolutely,” Johnson said. “But I would be remiss to not add that this cloud that hangs over our state has to dim the light on our city to a certain extent as well.”

Butler’s Faculty Senate will offer a resolution at its April 7 meeting “joining President Danko in expressing disapproval of RFRA and calling for additional action,” according to an email from faculty senate chair Elizabeth Mix.

Faculty senator William Watts is in the process of drafting the ordinance. He said the goal is “to make it absolutely clear where the university stands on this, to affirm the values of inclusion, and the civil rights of all citizens of Indiana.”

Watts said he regrets the resolution cannot be made final sooner than next Tuesday.

“It’s fundamental — it goes to our values as an institution and our values as citizens of the state of Indiana,” he said. “There is no more urgent matter before us right now.”

Faculty senators usually vote on resolutions the week after they are presented. In her email to the faculty, Mix said there could be a motion to suspend the rules and a vote by the end of the meeting.

The Faculty Senate will meet Tuesday from 8 to 9:15 a.m. in the Pharmacy and Health Sciences Building Room 156.