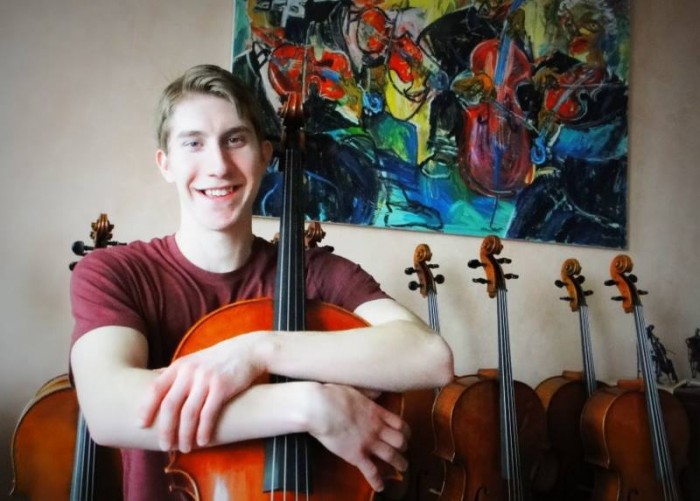 Last year, Marty Meyer won the Concerto Competition as a sophomore in college  with his rendition of the Dvorak cello concerto.

The Concerto Competition is given in the fall, where a group of talented students are judged by faculty and outside musicians. In the spring, the winner plays with the Butler Symphony Orchestra.

Needless to say, Meyer’s dedication to his music does not go unnoticed.

Meyer began learning the piano from his father when he was in kindergarten, but he did not start playing the cello until fifth grade.

At Butler, Meyer decided to pursue both music and actuarial science.

“I chose music just because I have a passion for the cello and it makes me really happy,” Meyer said.

He had thought about future careers in music at the time, and collegiate teaching or orchestral playing sounded appealing.

He said balancing the two majors has recently become stressful.

Meyer also differs from most music majors in that he gives a recital each semester rather than once a year.

“Every string player is going to have a unique sound because their instrument is different and comes from a different maker,” Meyer said. “I play careful attention to emotion and interpretation. I always try to bring out subtleties.”

Meyer enjoys solo playing, but he enjoys interaction with other musicians most.

“My favorite thing is playing for other people and playing with my friends,” Meyer said. “I take any chance I get to share the music I create with other people.”

Meyer practices differently when he is preparing for his recitals.

“When I practice the few weeks before the recital, I focus on one thing at a time in each session,” Meyer said.

Meyer will work on a piece or two in each session, rather than trying to focus on all the repertoire at once. He also believes that rehearsing with the pianist is a major part of the preparation.

Ellie Glorioso-Wible is a cellist in the same cello studio as Meyer.

“Marty Meyer is an extremely technical player,” Glorioso-Wible said. “It is extremely exciting to watch him perform some of the most difficult repertoire for the cello and make it appear simply effortless.”

In general, “He is the player we all strive to be,” she said.

Meyer’s recital will consist of the Tchaikovsky “Souvenir d’un lieu cher,” the Brahms E-minor Sonata No. 1, the Ginastera cello sonata, and a work of his own doing, his string quartet “Quatuor Fantastique.”

Meyer wrote the full string quartet to send in to competition. He will premiere the work at his recital.