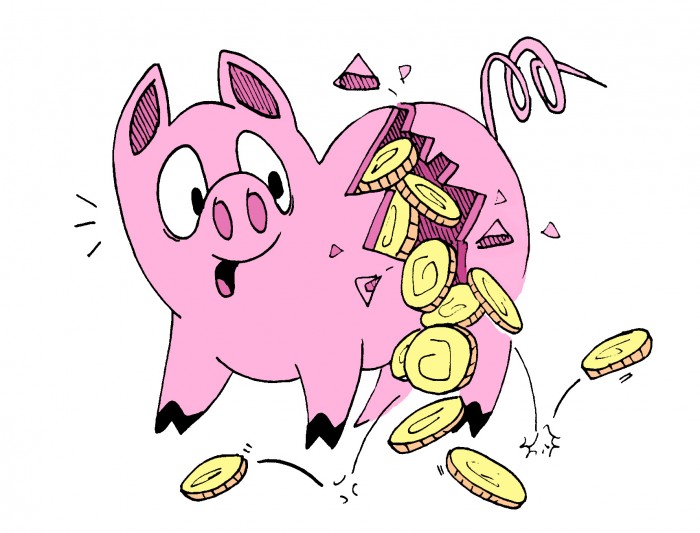 If a university has a high endowment, research shows more financial aid can be given to students.

Endowments represent money or financial assets donated to universities or colleges, according to Investopedia.

Harvard University has the largest endowment of any educational institution in the United States. With a $36 billion endowment, 100 percent of Harvard students’ saw all of their financial aid needs met in 2013.

Butler University, on the other hand, has an endowment of approximately $180 million and only 14 percent of students saw all their financial aid needs met, according to the US News and World Report.

President James Danko said Butler’s scholarship and grant budget for 2015-2016 will increase by 6.3 percent to approximately $60 million total. This change will “improve access to a Butler education for students and families who would otherwise be unable to afford it,” he said.

But in order for the initiative to be sustainable long-term, Bruce Arick, assistant treasurer and vice president for finance, said the university needs to raise more funds.

“As we look to grow the university, growing the endowment is certainly an area that we need to grow,” Arick said. “Schools are able to mitigate student debt if they have significant endowments that can fund financial aid.”

When compared to the “aspirant” group—a benchmark used by Butler’s administrators to measure progress in relation to Danko’s 2020 Vision—Butler’s endowment is significantly lower.

Villanova University’s endowment was $425 million in 2013, according to the U.S. News and World Report. Wake Forest University, Boston College and Texas Christian University all had endowments of more than $1 billion in the same time frame.

Danko said he wants to increase Butler’s endowment to $750 million by 2025, according to a Collegian article published in October 2012.

Since September 2012, Butler’s endowment grew $30 million. At this pace, the endowment will total $280 million by September 2025, nearly $500 million short of the original goal.

During Danko’s first year in office, the endowment lost $15 million.

In another case, Berea College in Kentucky, a tuition-free institution, maintains a $1 billion endowment. The average student loan debt is $6,652 at Berea College.

Melissa Smurdon, director of financial aid, said Butler students, however, have an average debt of $34,922.

Berea is a selective school, and 70 percent of its classes have fewer than 20 students. US News & World Report ranks it 69th among National Liberal Arts Colleges, and the institution has saved money over time by resisting the urge to spend on athletic teams and facilities, according to Business Insider.

Berea spends about $27,000 per student every year, while a typical top 20 school spends in the $40,000 to $60,000 range, Berea College president Lyle Roeloff told Business Insider.

The main objective of the Berea administration is aggressive fundraising. “It is a never-ending obligation of Berea presidents,” Roeloff said of fundraising to The Lane Report in 2013.

For Butler, endowment and donations from fundraising account for just 2.7 percent and 1 percent of revenue, respectively.