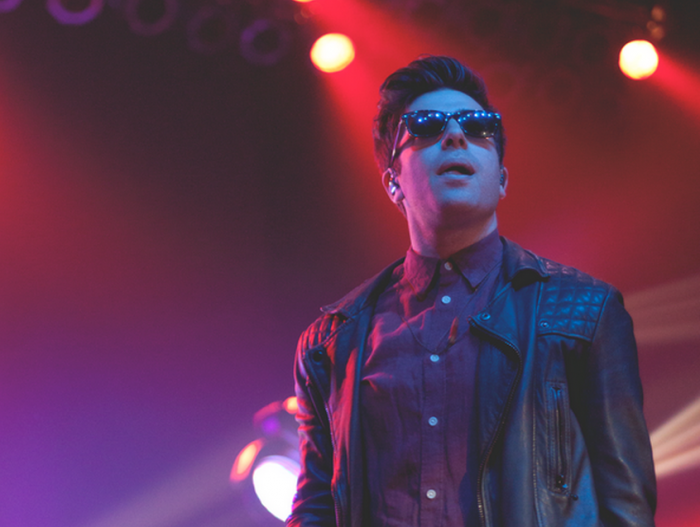 Junior Kelsey De La Croix recently found her cure to homesickness while on the Global Adventures in the Liberal Arts trip.

Her cure was in meeting Hoodie Allen, a hip hop artist.

De La Croix said she started listening to Allen more than a year ago.

When he announced a European tour, she knew she would have to look up his tour dates.

So far, she has visited five different countries on the GALA trip.

She bought tickets to the concert in Dublin, Ireland, before she even left the United States in January.

The nature of the GALA trip heightened De La Croix’s feeling of homesickness.

“I miss having a sense of familiarity and consistency,” she said. “Since we move around every few weeks, it is hard to get settled in wherever we are.”

De La Croix said she wanted to see Allen perform live, but seeing him in Dublin would add to the experience.

“Anyone can see an American artist in the States,” she said. “But seeing him in Europe just made it even cooler.”

Excited about the concert, she tweeted at Allen earlier in the day.

In response, De La Croix said she screamed, hopped around and immediately looked for people to tell.

This feeling of ecstasy lasted until she left for the concert, where she and her friend found out they were the cutoff point in the line to meet Allen after the concert.

The line was unfortunately shortened to 60 people soon after, but she did not let that dampen the mood.

“When I found out I was going to meet him, my friend Cassie (Marsh) said she was waiting for it to hit me,” De La Croix said. “We were still toward the front of the line, so when I could not meet him, it was not the end of the world. It wasn’t a let-down because I wasn’t expecting it.”

Then when she walked to get her merchandise, Allen was on her right.

“I froze right where I was,” De La Croix said. “I knew exactly who he was, and I froze because he was right there in front of me.”

She talked to Allen, and he remembered the tweet she sent earlier.

“I kinda primed him by mentioning my homesickness, so it was fulfilling to get a response I wanted,” De La Croix said. “I was thinking, ‘I am a somebody!’ Even for two seconds, it was awesome.”

Overall, she said the concert helped her homesickness.

“It revitalized me,” De La Croix said. “Having a guy from the States singing was a nice reminder of home. He gave me a push to know I can finish this trip.”