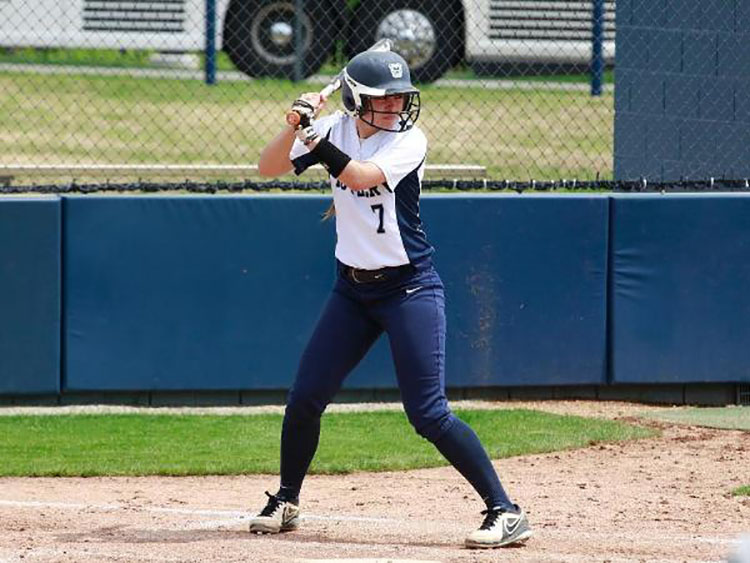 The Butler softball team is looking to snap a six-game losing when it heads to Providence tomorrow.

ISU scored first in the top of the first inning with an infield single from sophomore Rylee Holland, scoring sophomore Erika Crissman.

The score remained at 1-0 in the Sycamores’ favor until the bottom of the third inning when sophomore Brandyce Sallee scored senior Sarah Gronowski and senior Kristen Boros on a two runs batted in double to put the Bulldogs ahead 2-1.

In the top of the fifth inning, ISU stormed back and started its rally against Butler that kept the Bulldogs from scoring the rest of the game, with the exception of junior Alex Kotter scoring in the bottom of the fifth off of freshman Alyssa Lach’s double.

In the top of the fifth, Rylee Holland hit a two RBI double to score senior Aubre Carpenter and senior Megan Stone. Holland went around to score on a triple hit by sophomore Mary Turitto and, in that same inning, sophomore Brooke Riemenschneider scored on a sacrifice fly hit to center by junior Alexa Cavin.

The Sycamores went scoreless in the sixth, but sophomore Kassie Brown scored their 8th run in the top of the seventh off of a double hit by Crissman.

The final score was 8-3 in favor of ISU and junior Taylor Lockwood received the win while sophomore Kacey Starwalt received the loss for the Bulldogs.

Butler head coach Scott Hall saw the rarity in the opportunities the Bulldogs are presented with and knows that they need to capitalize on these opportunities when they develope.

“We didn’t execute and we didn’t compete in key moments,” Hall said. “In this game, you may only get one pitch in an at-bat or one pitch in three at-bats, and you have got to be all over it. And when you miss those opportunities, things can happen, good or bad.”

In the second game, Kristin Gutierrez pitched a complete game for the Bulldogs and held ISU to only four runs.

Butler could not match the Sycamores’ offense and could only come up with a total of three runs in the game, all hit in by junior Riley Carter, who said she finds encouragement in her teammates’ cheering from the dugout.

“I thought our dugout was energetic,” Carter said. “It is nice to hear people when you’re in the field and you’re up to bat. I think the dugout does a really good job.”

In the bottom of the first, Brandyce Salle got the first hit for the Bulldogs with a double off the wall. Later in the inning, Riley Carter was walked with the bases loaded, which scored Kristen Boros, who was on third.

The Bulldogs left the bases loaded in the bottom of the first inning, which ended up crucial for Butler.

In the bottom of the third, Carter hit in the other two runs the Bulldogs scored in the second game yesterday, with a triple-scoring Kotter and Lach.

ISU responded with a two-run home run from Turitto in the top of the fourth and in the top of the fifth. Senior Ashley Dickerson scored on a groundout from Holland and Stone hit a triple to score Brown to conclude the run producing from either team.

Gutierrez took the loss for the Bulldogs in the second game, and Dickerson was awarded the win for the Sycamores.

Carter sees that the Bulldogs need to work together and play as a team in order to improve the way they play.

“We just need to figure our stuff out and work together like we should be,” Carter said. “There’s people who want to fight and some who don’t. “We all need to be on the same page. As a whole, we need to do more for each other on the field; have each other’s backs; hold each other accountable.”

Hall knows that consistency is necessary for his team’s improvement.

“We had some good at bats and we had some great defensive plays,” Hall said. “But it is putting it all together; we can’t have a snapshot here and a snapshot there in some innings; we’ve got to do a better job of that. Until the whole group comes together as one and wants to play consistent, it is going to be a struggle.”

ISU also brought a familiar face back to Butler’s campus. Lockwood, a junior who transferred to ISU from Butler after her freshman year, appeared in both games yesterday. In the first game, she came in in the bottom of the third with bases loaded and one out and managed to get out of the inning without letting a run score (she also received the win of the first game). In the second game, she was awarded with the save after she pitched two scoreless innings. When she played for Butler, she was named to the 2012-13 Atlantic 10 Commissioner’s Honor Roll.

The Bulldogs will look to snap their six-game losing streak at Providence College Thursday with a doubleheader at noon and 2 p.m. and the final game of the series Saturday at noon.

The Bulldogs’ 2-4  mark in the conference has them sitting in sixth place, one game behind Georgetown for fourth place. The top four teams in the conference qualify for the Big East Tournament, which will be held at the Ballpark at Rosemont, hosted by DePaul University May 8 and 9.