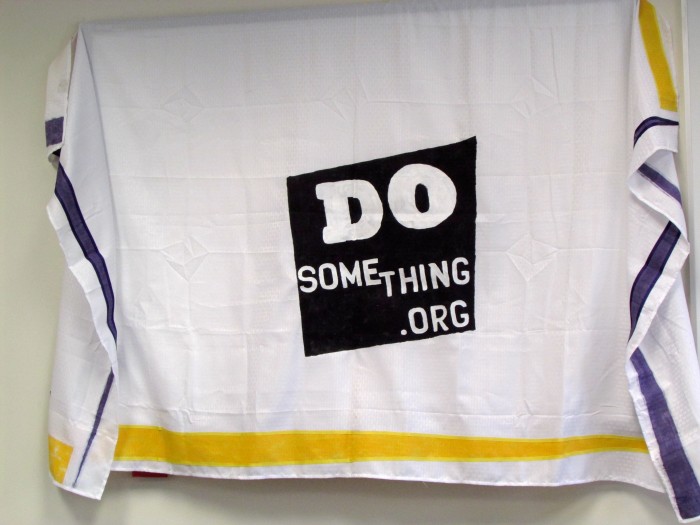 Butler University has no trouble supplying its students with plenty of clubs that can interest everyone.

Whether it is a volunteer organization or a club sport, students are bound to find a club that fits their interests.

Last semester, Anyssa Alonso and Maram Almutairi decided to start a Butler chapter of a national organization known as Do Something.

Having been friends since freshman year, they decided to find something that would really help them make a difference.

Do Something allows students to still make an impact without giving up an entire day to volunteer somewhere.

The organization acts like a middleman in the sense that the participants complete the activity of choice, such as making activity books for children in the hospital or making cards for the elderly. After they complete those, they send them to Do Something.

The organization then sends the finished product to the volunteers’ cause.

Do Something also has a worldwide $10,000 scholarship opportunity for those who send in a selfie with whatever event they participate in.

Members can complete any campaign to be entered into a drawing for the scholarship. The organization randomly chooses a winner four times a year.

Do Something held an event called Patient Playbooks March 26 at 6 p.m.

The club formed activity books for children who are currently hospital patients.

Students made creative cover pages and put together books containing mazes and word puzzles to help keep the kids busy.

“We give back in different ways that people didn’t think they could,” Almutari said. “We do little things like the patient playbooks or making Valentine’s Day cards for the elderly.”

The two juniors said they are getting really positive feedback from Butler students as well as others in the community who see the impact they are making.

They said their listserv is quickly growing.

Students, they said, are drawn to the idea that this club is different from all others on campus.

“Within our first semester of being an official Butler organization, we have had over 100 people join,” Almutari said.

Anyone can join the Butler chapter of Do Something, or one can participate on one’s own by making an account on the group’s website, www.dosomething.org.

Alonso and Almutairi encourage anyone to come and participate in their events.

There are no requirements for being a member of the Butler chapter. All you have to do is stop by one of its campaigns.

Keep an eye out for its campaigns on the Butler Connection, and you can “Do Something” to make an impact!