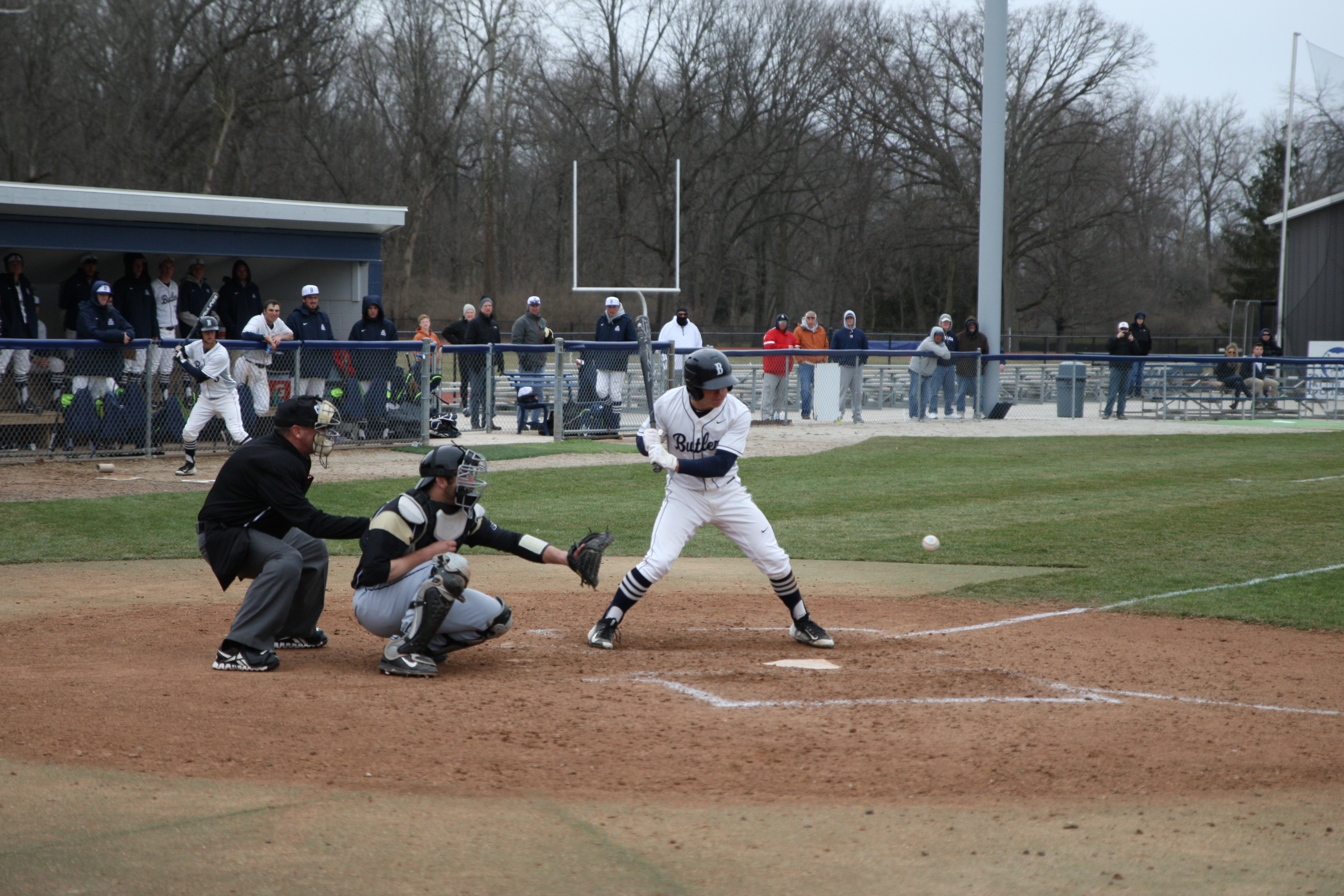 The Butler baseball team looks to get back to the form that helped it set a school record with nine consecutive wins during March as it heads into conference play this week against St. John’s University. The previous record for consecutive wins was seven, which was reached five different times.

The streak ended yesterday when the Bulldogs fell to Indiana State University, their first loss since March 14, at which point they were just 3-14 on the season. Since then they put on a stretch of wins that puts them at 12-15 going into Big East conference play.

Head coach Steve Farley said that he is proud of the team and how they responded to the way the started the season.

“A lot of teams would have folded and stopped competing,” Farley said. “Our guys were mentally tough enough to realize we had played a very challenging schedule and that things would turn around as long as we continued to work hard and believe in each other.”

Senior outfielder Michael Fries said that one of the main reasons behind the current success that the offense is jumping out in front, giving the pitching staff a lead earlier in games. In three of their last five games, the Bulldogs have had a four-run lead by the fifth inning.

“We’ve been really good at setting the tone in games,” Fries said. “That’s allowed everyone to settle in a little bit better and allowed our pitchers to go out there with a little bit of a comfort zone and they’ve really been able to settle in.”

That has translated into results, as Butler leads the Big East conference in batting average, on-base percentage, runs, runs-batted-in, doubles, and home runs.

They begin the conference season with a three-game series against the St. John’s Red Storm Thursday at Victory Park. The game is scheduled to start at 3:00 p.m. They will then head back to Bulldog Park to complete the series on Friday and Saturday. The Red Storm will come into this game with a record of 12-10.

Farley said that conference play should not change how they go about playing the game, but he said that these games can add some stress.

“The stress level can go up in conference games, so we want to stay physically relaxed but mentally sharp,” he said.

Fries said that all that the team can do is focus on and play their games, and if they do that success will follow.

“Each and every day it’s just going out and taking care of our job and controlling what we can control,” Fries said. “I think if we do that we’re going to be very successful.”