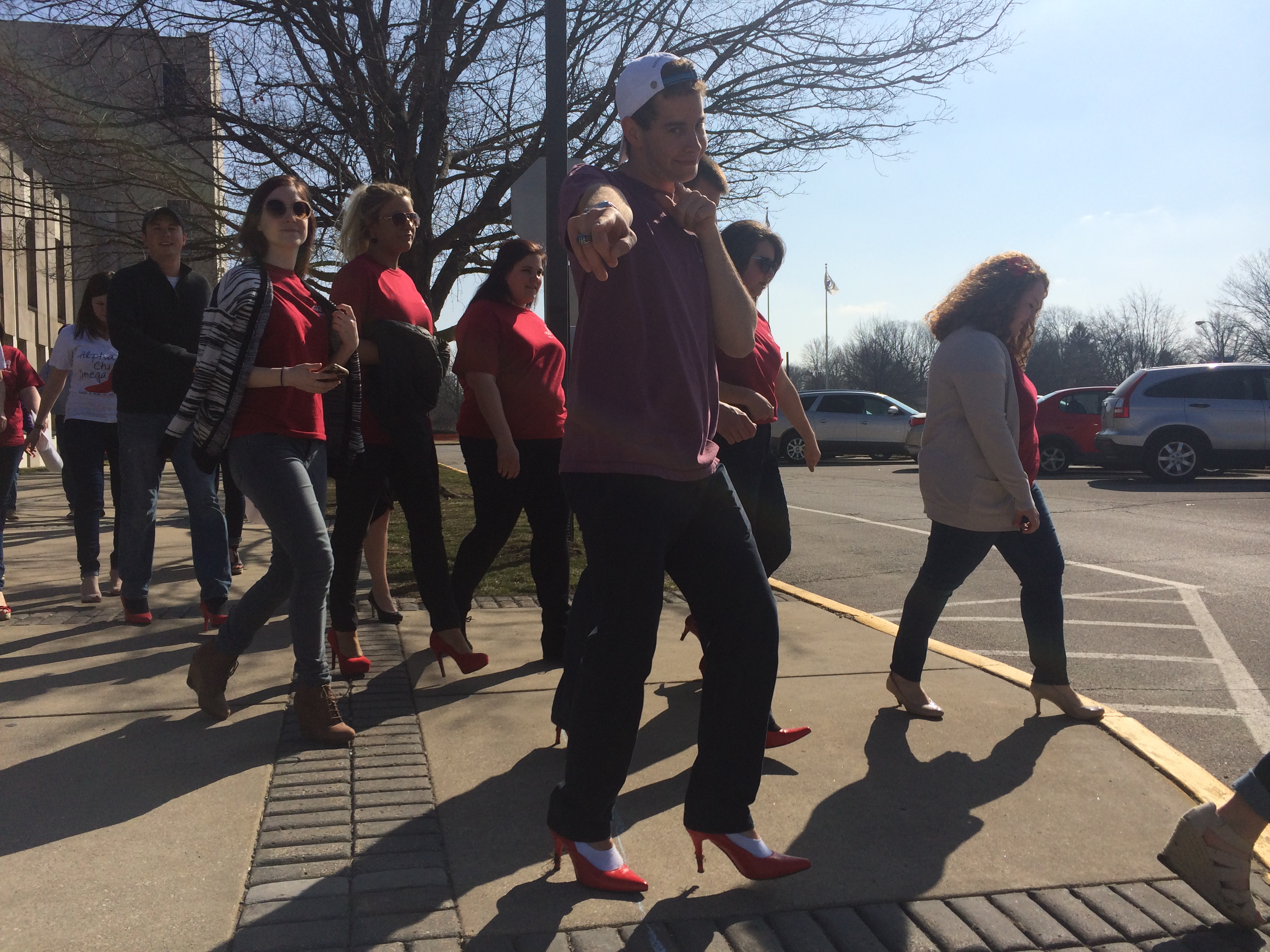 After the release of the “It’s On Us” video Feb. 25, students were left with a clear message that sexual assault is on Butler University’s campus and that there is something every single person can do to stop it.

Butler students will be presented with multiple opportunities to facilitate and take part in peer-to-peer conversations about sexual assault throughout March and April.

April is National Sexual Assault Awareness month and Butler has eight events for students to get involved and make a difference. Two of these events have already occurred.

On March 19, REACH and Student Government Association sponsored a screening of the film “My Masculinity Helps,” followed by a question and answer session with the filmmaker.

The Alpha Chi Omega sorority hosted the Walk a Mile in Her Shoes event March 21. Participants arrived, made their donations, signed waivers and strapped on their high heels before listening to a speaker from the Julian Center, where all proceeds were donated. Participants then walked a mile in their heels. The course had signs throughout it with various statistics and facts about domestic violence.

Not just women slid into some heels for this event. Many men came out to support the cause.

“You have this deeper understanding for that person and see where she’s coming from and feel her pain through that metaphorical walking in her shoes,” Tanaka Mapondera, a sophomore computer science major, said.

“I did this to show that me, as a man, that I’m involved and I’m worried about this, and that this is a real problem if awareness isn’t raised about it,” Brennen Duke, a sophomore biology major, said. “The first way that you solve a problem is by getting information out about it, and become involved and aware.”

“We really enjoyed being able to participate in that way because we found songs that closely related to the cause to get the whole crowd pumped up for our mile walk around campus,” Sparrow said.

On March 30, there will be a kick-off event for “It’s On Us” in the Reilly Room at 7 p.m. This is sponsored by the Stand Tall Project, SGA and the Health Education Office.

There will be C.A.R.E. training April 1 from 6 to 7 p.m. in the Pharmacy Building, room 103. This event is sponsored by the Counseling and Consultation Services and the Health Education Office.

I Can’t Believe It’s Not Vagina Monologues, sponsored by Demia, will take place April 8 at 7 p.m. in the Eidson-Duckwall Recital Hall. There will be an additional show on April 11 at 8 p.m., with the location still to be determined.

The following day, April 9, the Counseling and Consultation Services will be putting on the Be You Butler: Listen, Learn, Laugh event from 6:30 to 8:30 p.m. in the Reilly Room.

Sexual Assault Awareness month will be wrapped up on April 22 with the Legacy House Rocc-A-Thon Event from 10 a.m. to 2 p.m. on Monument Circle downtown Indianapolis. This event is sponsored by Legacy House and supported by the Health Education Office and Counseling and Consultation Services.