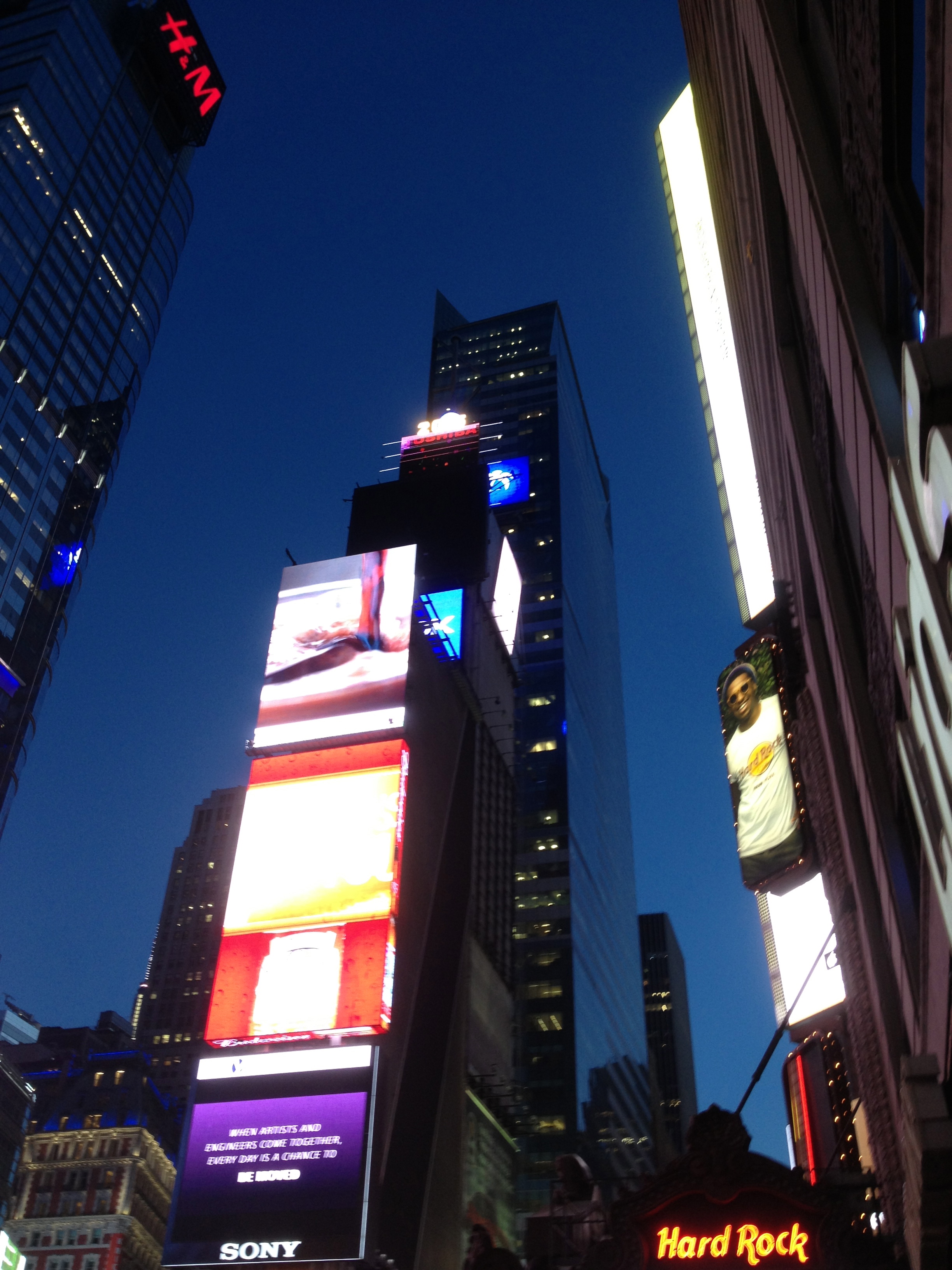 It’s already mid-March, which means numerous college basketball teams are heading into the madness of the NCAA Tournament.

And I’ve immersed my self in the madness — in a number of ways. Not only am I consumed by all of the basketball going on, today I took my first plunge into the madness that is New York City.

I’m out here to cover the Butler Bulldogs in the Big East Tournament at Madison Square Garden. The Bulldogs don’t play until Thursday night, so I am taking advantage of my time to explore the city.

I will be writing about my experiences here throughout the week — from sightseeing, to dining, to transit stories, I will write about all of my New York experiences between now and Thursday.

But don’t worry; I plan on covering all there is to cover about the Bulldogs and their search to claim their first Big East crown.

Butler earned the No. 3 seed in the tournament after coming away a 68-64 road win at Providence on Saturday. The Bulldogs’ first game will be Thursday at 9:30 p.m. against rival Xavier. Butler would play in the 9:30 semifinal Friday night if it beats Xavier.

Butler was without starting sophomore forward Andrew Chrabascz for the game in Cincinnati, and the lack of depth showed. Chrabascz returned for 31 minutes off the bench on March 3 during a 60-54 loss to Georgetown and returned to the starting lineup against the Friars over the weekend.

That’s enough basketball for now — it will be good to get it off the mind for the time being. As if that’s possible in the month of March.

I began my own “journey to the tourney” early this morning by flying out of Indianapolis, then I caught a connecting flight out of Charlotte to La Guardia here in New York.

I am staying in Brooklyn with a family friend of mine, and upon arriving, I started a day full of fun. We grabbed a bite to eat at a bar called the Richardson, and then I had my first subway experience and came above ground right outside the Garden.

I hiked up to Times Square, constantly stopping and turning to take it all in; Rockefeller Plaza, the NBC Studio, Radio City Music Hall. I could only do so much in one day, but Tuesday will be another day packed full of sightseeing.

It is only Monday, but I was a bit surprised that I didn’t see any folks with Butler gear roaming around — or any other Big East school for that matter. But surely, they’ll start filling the streets in the next two days.

I think my first “holy cow, I’m in New York” moment was actually on my way back to Brooklyn for the night when I realized I was actually on a subway headed in the wrong direction.

But I had somebody point me in the right direction, which reminded me of the hospitality I’ve become so accustomed to back in Indianapolis. And, in turn, that reminded me of why I came out here in the first place — to cover the Bulldogs.

between rooting for your own school to pull through, bringing joy to your community and classmates, and bringing fair and unbiased coverage.

And coming to New York to follow this Bulldog team that is likeable, will truly be the icing on this once-in-a-lifetime opportunity

So in the coming days, I’ll be sure to take it all in, and also make sure the Butler community has round the clock coverage of the Big East Tournament. After all, this city never sleeps.