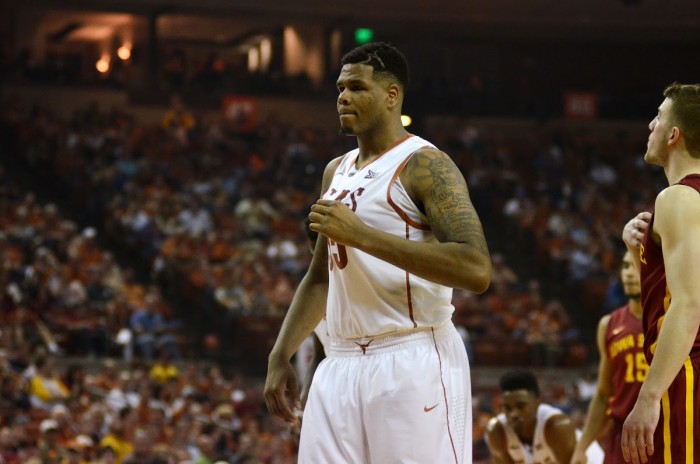 The University of Texas men’s basketball team features seven players 6-foot-8 or taller, three of which are starters.

They’re a long team, to say the least, and they lead the nation in blocked shots per with 8.2 per game.

“They’re huge,” Butler guard Kellen Dunham said. “They’re long, they like to block shots, so they’re probably going to try and take away some of (Roosevelt Jones’) things that he likes to do around the basket.”

The Longhorns are eighth in the country with 39.7 rebounds per game, with 12.4 offensive rebounds a contest. Butler gets 36.7 and 12.2, respectively.

Needless to say, the Longhorns are a force to be reckoned with in the paint, at least defensively.

Jonathan Holmes’ 10.2 PPG are the most among the Longhorns’ starting big men. He also pulls down 6.2 RPG.

Cameron Ridley is expected to be a force inside the paint.

Ridley had six points, eight rebounds, and four blocks in the Longhorns’ last game, a 69-67 buzzer beater loss against Iowa State in the Big 12 Championship Game.

The Longhorns led 67-57 with under four minutes to go, but the Cyclones scored the final 12 points of the game, with Monte Morris hitting a jumper as time expired.

Head coach Rick Barnes is making his 15th NCAA Tournament appearance at the helm in Austin, and his 21st overall. The Longhorns are 18-14 in the Big Dance under Barnes, including one Final Four appearance in 2003.