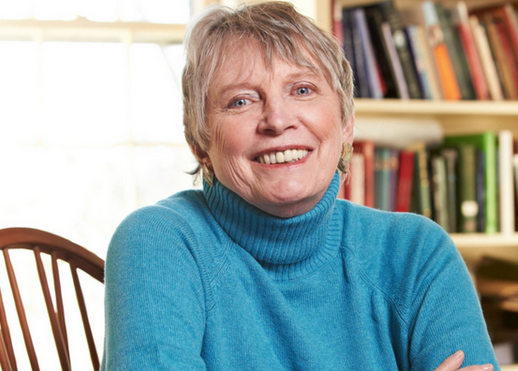 Lois Lowry, author of “The Giver,” spoke at Clowes Memorial Hall on Wednesday, braving through the snowy Maine winter to speak to the Indianapolis and Butler community about her life and motivations for her work.

Lowry is most well-known for her novel “The Giver,” which tells the story of a young man in a totalitarian, colorless world of brainwashing, and who is taught the world through memories in the wise man known as The Giver. It is a novel of discovery, of being different.

Lowry credits it as being in the rankings of “The Catcher in the Rye” or “Slaughterhouse Five”: books about the younger generation being better than the older one.

In all her works, Lowry is known to set child protagonists into difficult situations, such as living through World War II. The complication of this left an audience of various ages—many teenagers, many children, and many adults, all crowding the ground floor of Clowes.

Lauren Stark, majoring in English and Spanish, introduced Lowry with an anecdote about her first experience reading one of her novels, and how she butchered Lowry’s name, calling her “Louis,” assuming she was a male.

The introduction was fun, touching, and brief.

Lowry herself came onto the stage dressed in various stripes. She was pale all around, from her skin to her hair to her blue eyes, and she treated her audience with frank transparency.

“The Giver” can be compared to “Slaughterhouse Five” and “The Catcher in the Rye.”

She mocked various covers, pictures of herself, and mistakes made in the recent movie of “The Giver.” Her humor was soft and mild, like the rest of her appearance, and it often juxtaposed the criticism of what she was saying, such as how she sighed when admitting that although she loved the movie, it broke her heart to see Hollywood add a motorcycle chase.

Lowry, who is now 78 years old, presented a slideshow that featured family photographs that highlighted life-changing moments during her career. The idea was to answer the usual questions her fans have for her, and she delivered throughout the event.

Her sister, who taught her to read, died at a young age. The impact on Lowry and her parents inspired the question, “what if you could erase sad memories? Would that make everything better?” Lowry illustrated such moments as this, and included how the very sight of a mouse inspired a book that was completed within six weeks.

She ended her lecture with the story of Noah, who had reached out to her through email to let her know how positively she impacted him. He described the way his parents displayed the perfect, ordinary life for him in his hometown, but explained that he wanted to see different colors and explore, to love whomever he loved and not necessarily a woman. He felt powerless.

Lowry responded to that email by, in part, crediting the movie version of “The Giver” for having a powerful sequence that offered examples of courageous men like Nelson Mandela. She offered advice to Noah, “Don’t sleep pain away.”

The lecture was touching, funny, and insightful into Lowry’s life and motivations.

The question session afterwards was dominated by children in the seventh grade or younger, who asked very mature questions, similar to the children Lowry depicts in her own novels.

The entire event took roughly an hour and a half, and kept a nice pace to it. Those that wanted to purchase books or have them signed were able, and waited in a long line that stretched all the way around the Clowes’ lobby.

The Visiting Writers Series is not always as large an event as it was on this particular evening, but Lowry displayed a level of intimacy in the presentation, reading passages of her own works and explaining her own family history to the audience.

Such a rare opportunity should not be missed by students and staff, so keep an eye on the Visiting Writers Series and be sure to get tickets for any names you might recognize.