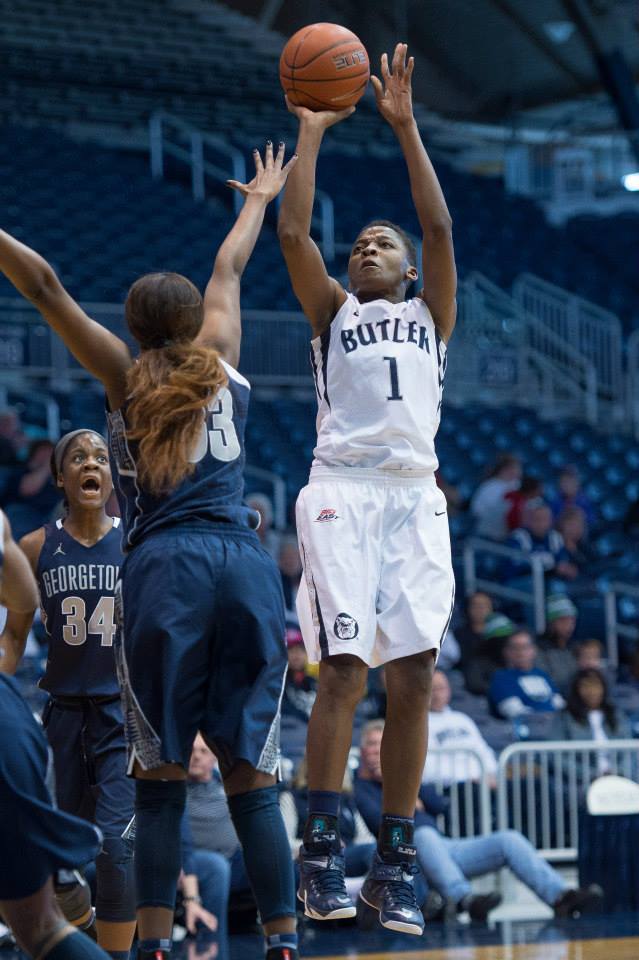 The Butler women’s basketball team announced in a press release Monday morning that senior forward Ijeoma Uchendu will be suspended for the Big East quarterfinals, which will take place on Sunday, March 8.

Uchendu was ejected from Butler’s season finale against Seton Hall in the final minute, after receiving a flagrant two foul.

“”On behalf of Butler women’s basketball, I sincerely apologize to Chizoba Ekedigwe and the Seton Hall women’s basketball team,” Head Coach Kurt Godlevske stated in the release. “IJ’s actions are not something we will tolerate. I hold our women’s basketball players to a high standard and will continue to do so in the future. I don’t believe IJ is a malicious person, but poor sportsmanship is something we will not condone in our program. IJ has reached out to Chizoba and apologized personally. We both are sincerely apologetic.”

Uchendu has been a key piece for the Bulldogs this season, averaging 14.6 points (second on the team) and a team-high 10.3 rebounds per game. She recorded her 10th double-double of the season in the loss to Seton Hall this past weekend.

The Bulldogs earned the No. 6 seed in the Big East Tournament, and will play No. 3 seed Villanova on Sunday in the quarterfinals at Allstate Arena in Rosemont, Ill. Tip-off is set for 9:30 p.m. on FOX Sports 2.