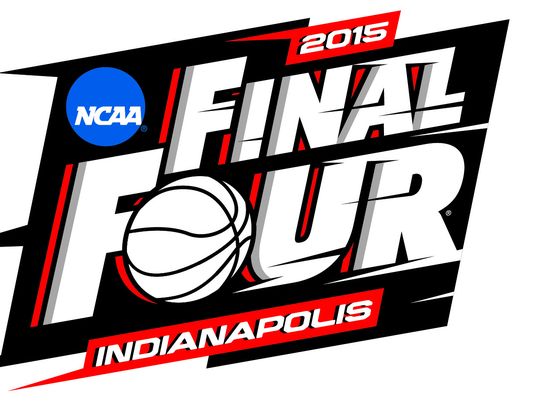 This March sets us up for history. The Kentucky Wildcats’ pursuit for perfection continues tomorrow and will likely end here in Indianapolis on March 6 with John Calipari doing what nobody has done since Bobby Knight did it in 1976 — hoisting the National Championship trophy after taking his team wire to wire without a loss.

But along the way, expect some upsets in the first couple rounds. After all, you’re going to need something to set you apart from everyone else picking Kentucky in your bracket pool

Kentucky and Duke both look to have relatively clear-cut paths to Indy. UNC and Izzo’s Spartans got favorable draws in their regions to make some noise as lower seeds.

Jahlil Okafor is one of this year’s freshman phenoms, and after watching him put on a show against the Tar Heels, I’m convinced they are Kentucky’s biggest challenger.

Safe pick? Yes. Boring pick? Yes. Smart pick? Yes. The Wildcats are just too much to handle for anyone I’ve watched this year.

The Cowboys are a good defensive team (top 10 in PPG allowed), granted they play in an easier conference than most. Larry Nance, Jr. could lead the Pokes to the second weekend. Also look out for Wichita State and of course, Butler — you just never know.

The Cavs play a slow-pace, low-scoring style of basketball, which could play in Michigan State’s favor in the second round.

Trying to pick a perfect bracket is exceptionally difficult. I decided to go with the favorites. I could be, and likely will be, wrong. But hey — it’s March Madness.

Four different conferences will be represented in the Final Four, as the high seeds stave off elimination by the underdogs.

Villanova has been a machine this season, something Butler fans are well aware of. They come into the tournament with the second-best RPI in the nation. They could face tough tests in Louisville and Virginia.

Kentucky is the sexy pick this year, and with good reason. If they can beat Notre Dame, they should make it to the final game. The Wildcats will complete the first undefeated season since Indiana in 1976.

Look for Oregon to pull off a few upsets. I think they will knock off the No. 1 Badgers in the Round of 32, and will play close with North Carolina in the Sweet 16.

Wisconsin’s record indicates they have breezed through the Big Ten, but keep in mind that they suffered a scare in the Big Ten championship against Michigan State. If teams can find a way to limit Frank Kaminsky, a loss could be in the cards early on for the Badgers.

When we look back on this tournament in several years we will remember two key things.

Firstly, there will be several huge upsets during the first weekend. There is plenty of parity between the teams and this will lead to a wild first few rounds.

Secondly, this Kentucky team will go down as one of the best rosters ever. The Wildcats will become the first team to win 40 games and take the title in dominating fashion.

Obviously the surprise here is Michigan State. The East region is full of vulnerable teams and the Spartans have been playing well recently.

Jahlil Okafor will lead the Blue Devils to the title game but will be overmatched against Kentucky’s front line.

UK has plenty of height, a stifling defense, and tons of athleticism, which makes them extremely difficult to beat even when they don’t hit shots.

The Irish are one of the only teams in the field that has the potential to beat Kentucky, because of their ability to shoot from deep. If their shot remains consistent, they could stun the Wildcats and keep them from making history.

The Wildcats took an early exit last year and are liable to do the same thing this season.

I’ve never had great luck with tournament brackets. I usually pick a bunch of upsets and end up very wrong after just one round of play.

Now that I’ve learned my lesson after years of torment, I’ll skip over the cinderellas. I wouldn’t say I’m keeping it safe this year. I’d say I’m just being smart.

Senior Northern Iowa forward Seth Tuttle is just one of 10 players in his conference’s history to achieve 1,700 points and 900 rebounds over a career. Oscar Robertson and Larry Bird are two others on that exclusive list.

What makes this team great is their length. The average height of their players is 6-foot-8. That is enough to physically overpower teams on the defensive end. Without a doubt, Kentucky will win their ninth championship in school history.

With veteran coach Larry Brown, this team has an outside chance of making the Sweet Sixteen.

We’re all rooting for them. But even if the Bulldogs take care of Texas, a hot Notre Dame is waiting in the wings.