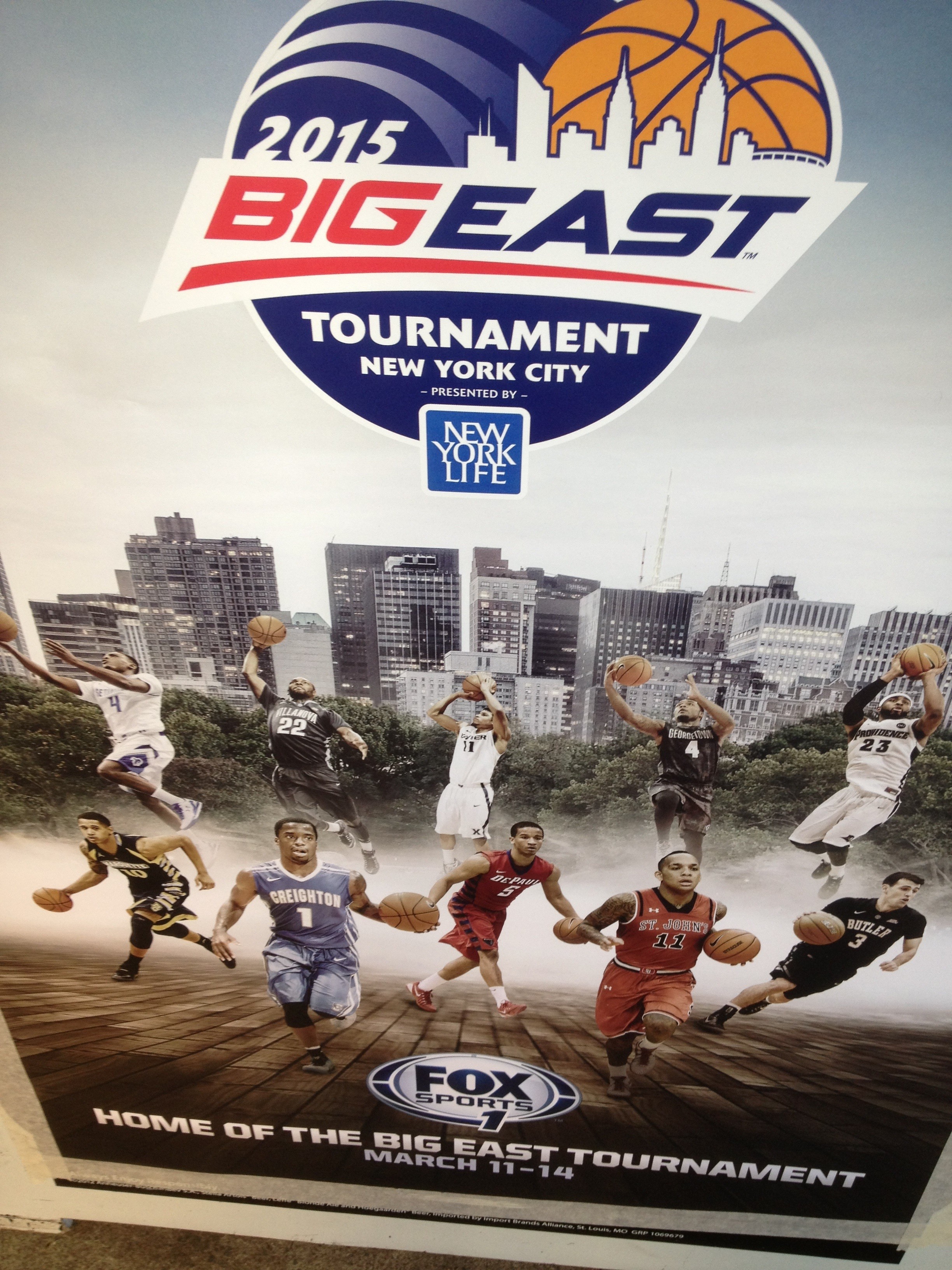 When it comes to early-to-mid March, there’s nothing that compares to the Big East Tournament. There is just so much history.

You’ve got Kemba and the Cardiac Kids who won four straight games to qualify for the 2011 NCAA Tournament — which they won.

You’ve got the Syracuse-Connecticut six-OT thriller. Of course there was Ray Allen and Allen Iverson duking it out in 1996. And how about Gerry McNamara’s crazy tournament stretch in 2006?.

A little bit of Midwest history will leave its mark on the World’s Most Famous Arena Thursday. No. 3 seed Butler will take on rival Xavier (No. 6 Seed) at the Garden. While this rivalry’s history certainly doesn’t compare to that of the Big East Tournament, it certainly has its fair share of memorable moments and bad blood.

The Musketeers lead the all-time series 34-17. The two teams have met several times outside of Indianapolis and Cincinnati, as they were former Horizon League foes in the 80’s and 90’s.

But this is their first meeting at the Garden — surely many more are to come — and the Bulldogs and Musketeers have a score to settle. They split the season series, and this one will have much more weight on it than the previous two, as well as the potential for a classic Big East Tournament game.

Xavier is likely already a lock for the Big Dance, according to both ESPN’s Joe Lunardi and Jerry Palm of CBS, but with a loss, they could be looking at a double-digit seed. With another win over a ranked opponent, though, they could rise in seeding, with each potential win in the Big East Tournament becoming more and more valuable.

On the other side of things, Butler is fighting for seeding as well. Lunardi and Palm have had the Bulldogs as high as a No. 4 seed in recent weeks, and as low as a No. 7 seed. A win Thursday could assure them nothing less than a 5-maybe-6 seed, and a run in the conference tournament could get them up to the 4-spot.

Rubber match — with a key player this time around

While tournament seeding is on the line, the fact that these two rivals are facing off is likely enough motivation on both sides to go out and get the win.

Sophomore Andrew Chrabascz had 19 points in the Bulldogs’ first meeting with the Musketeers.

Butler will be looking to avenge a 73-56 blow out loss at the Cintas Center last month, and they will have some help they didn’t have last time around. Sophomore forward Andrew Chrabascz returned to the lineup last week and made an impact, especially in a 68-64 win over Providence in his home state Saturday.

He had nine points, five rebounds, four assists, and three blocks in the win, helping to provide depth and post presence for the Bulldogs. And that’s something they’ll need to get back at the Musketeers.

In the last meeting, the lack of depth was apparent, without Chrabascz and with Kellen Dunham in early foul trouble. Dunham was able to score nine points and dish out three assists over 25 minutes. But when he was off the floor, the Bulldogs scored just 22 points, 10 of which came in the final three minutes of the game when both teams were playing reserves. Walk-on Steven Bennett hit two three-pointers during that stretch for the Bulldogs.

It’s clear that Chrabascz will be a key factor in this Big East Quarterfinal.

No, there’s no chance of a Gordon Hayward buzzer beater or a broken Hinkle water fountain in this one — and there likely won’t be a clock malfunction (circa Dec. 2009) — but this game certainly has the potential to be a classic one in what will surely not be the last meeting between the Bulldogs and Musketeers at MSG.