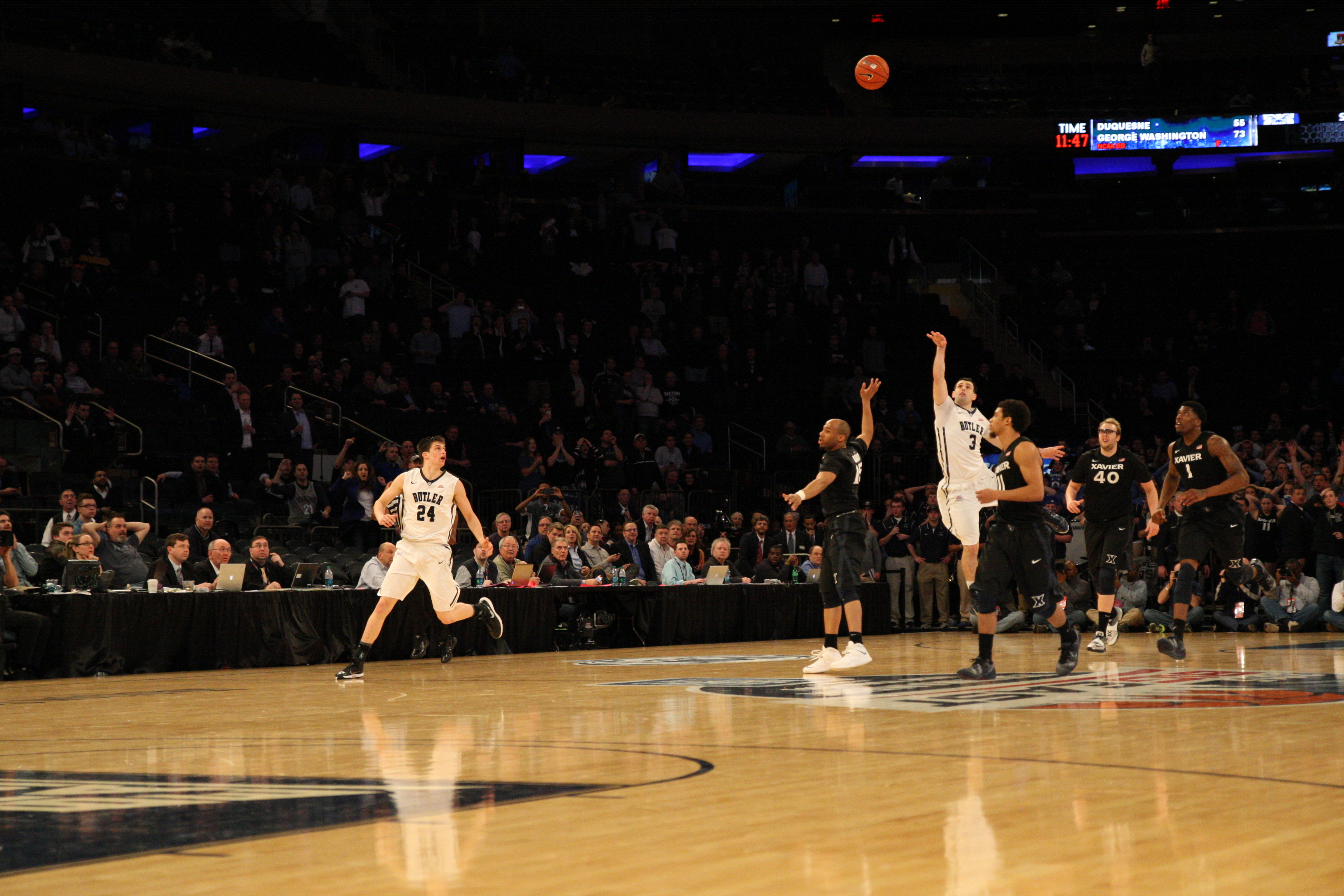 The Butler men’s basketball team is back in the NCAA Tournament after missing the postseason last Spring. The Bulldogs (22-10) are the No. 6 seed in the Midwest Regional and will face the No. 11 seed Texas Longhorns. The game will be Thursday in Pittsburgh — times will be announced later tonight or tomorrow.

The Longhorns are coming off a stunning collapse in the Big 12 Tournament Quarterfinals Thursday, falling to Iowa State University 69-67. The Cyclones ended that game on a 12-0 run capped off by a buzzer beater.

The Longhorns were considered by many to be a bubble team for the Big Dance, but avoided the First Four games in Dayton.

Senior Kameron Woods is all business. Woods had just two points against Xavier, but snared 14 rebounds.

time to get to work

Freshman Kelan Martin is ready for his first taste of March.

The Bulldogs kept things light Sunday afternoon with this post. But expect all business from here on out.

Fellas stole my phone! They are the best!!!Look forward to show. Off to work soon! #GoDawgspic.twitter.com/dhNbKoxggM — Chris Holtmann (@ChrisHoltmann) March 15, 2015

Stay tuned to @BUSportswriters on Twitter for much more coverage throughout the week, including a special edition print issue on Wednesday.