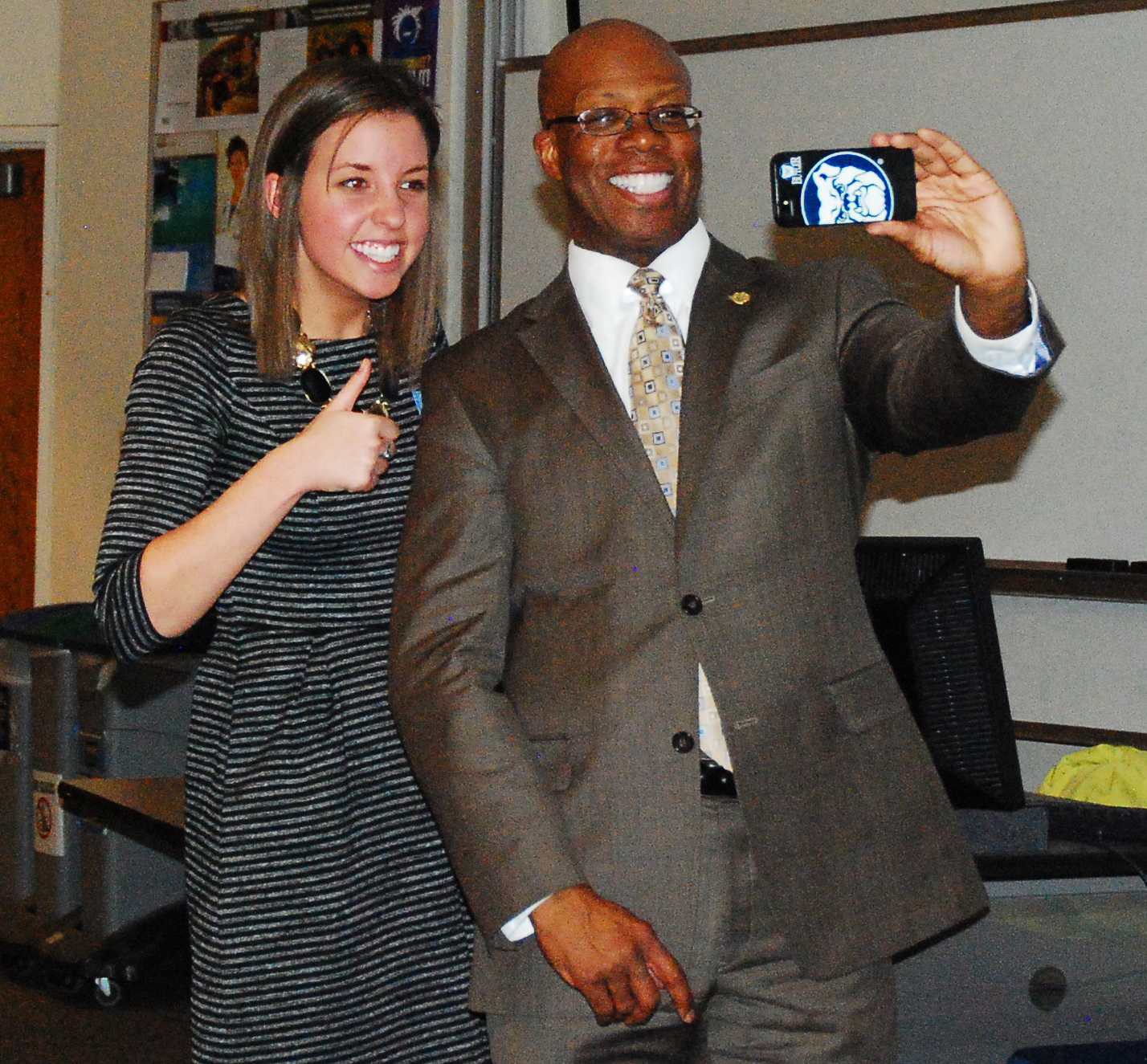 It is official: Junior Katelyn Sussli will be the next Student Government Association president.

Sussli, however, was the only candidate in the race for the top position. The other option on this year’s online ballot was “no confidence.”

The newly elected president needed at least 50 percent of the majority vote plus one to win, Caroline Huck-Watson, director of Programs for Leadership and Service Education, said.

Huck-Watson has been a staff member at Butler for 15 years and has worked as the director of the PuLSE office since its inception nine years ago. She said she has never seen an SGA presidential race with only one candidate during her tenure.

Nevertheless, Huck-Watson said having only one candidate in this year’s election was not a major cause for concern, in her opinion.

“I think that our students are very passionate about different things and chose to lead in a variety of different organizations,” she said. “I don’t think it is a reflection on interest in leadership, university or the future of the direction of the university.”

A meet and greet for candidates in all class elections, including the SGA presidency, was held last Thursday in Gallahue Hall. Sussli attended the event and answered questions from students, as well as from Levester Johnson, vice president for student affairs.

Questions varied from her feelings as the only candidate and her platforms to some of her weaknesses. At the end of the event, Sussli said she wanted to unify Butler’s campus by representing the student body to the best of her abilities.

“My vision for Butler University is to create a unified campus body,” she said. “One that not only excels to these great standards but shares that common Bulldog pride that is always reflective of why we are here.”

The fact that Sussli was the only candidate in the race is still a question for students affiliated with the organization, however.

Chad Pingel, current SGA president, said he thinks there is nothing wrong with Sussli being the only candidate. The process of running for SGA president is a serious one. He said a student must be willing to take on every challenge the position entails.

If Sussli did not win the majority vote based on SGA’s election policies, the Election Oversight Committee would intervene and make sure there were no vacancies in an election season, sophomore Jesse Solis, co-chair of the EOC, said.

The committee ensures that guidelines and constitutional rules are followed properly throughout the election process. This group decides the consequences of violations during the election and makes decisions regarding respective candidates.

If “no confidence” ever wins the majority vote, the EOC would reopen the election process the following week and allow candidates to apply again. The committee would have to keep redoing the election until the position was filled, Solis said.

Nonetheless, a re-election will not be necessary this year. Sussli won the election by an undisclosed margin.

The total number of students that participated in the election process was more than 1,700, Pingel said in an email to the Collegian.

Going forward, Johnson said he wants to stress the importance of students’ participation and voting in any election, on or off campus.

Huck-Watson shares similar thoughts on the student voting process. She said SGA’s purpose is to help Butler students share their concerns and opinions with their peers and the university’s administration.

“It is always important for student voices to be heard,” she said. “That is the purpose of SGA. That is what brings them to the table is to be able to hear student voice and respond to it and  help support what students’ needs are.”

Sussli, in agreement with Huck-Watson, said she feels “bittersweet” but grateful to have had the opportunity to campaign for the SGA president position.

“It has been by far one of the most rewarding experiences as an individual,” she said. “When I made that decision to campaign and announce my candidacy, the support I received from the Butler community and friends and family from back home was so overwhelming, and it’s such a humbling experience.”

She later said she looks forward to being the representation of the student body in the coming months.

“I think our students are phenomenal individuals and they are going to leave their impact on Butler’s campus,” she said. “And it is going to be through a multitude of ways, but we are going to leave this a better place than when we found it. So that is what I am most excited about.”

Pingel said he is sad to see his time as SGA president come to a close. In the end, he said he thinks the position was a rewarding experience – something he does not regret.

“Not only have I been able to make a good impact on the student body from my time in the position,” he said, “but, of course, with any leadership position, you also earn something back out of it, too. And for me, it’s a continued connection to Butler University (Community of) C.A.R.E. and concern for my fellow Bulldogs.”