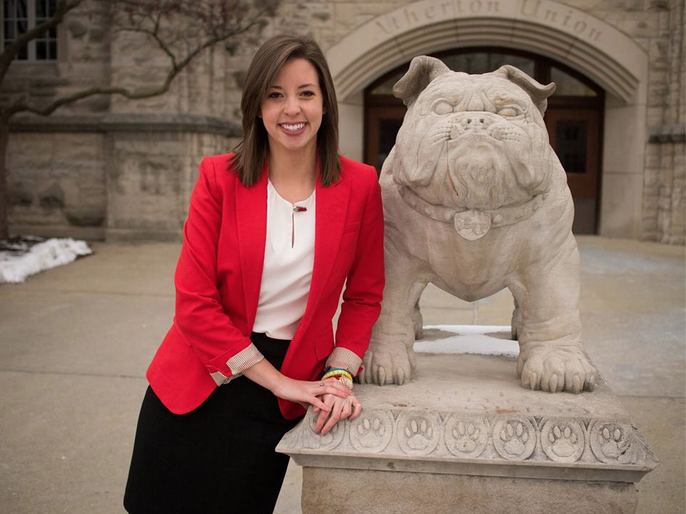 Rewarding is the word Chad Pingel used to describe his presidency at Butler. Pingel was voted Student Government Association president by the student body in 2014.

Now, Pingel is ready to pass the torch to another Bulldog in hopes of making Butler University a little bit better.

He said his main priority as president this past year was to increase students’ involvement with the university, particularly in relation to the new parking facility and residence hall, both in construction on Sunset Avenue.

“We wanted as many student voices around it as possible to make it an impactful and meaningful project for them,” he said. “I am happy to say we have had a lot of success with that so far.”

Each week during the academic year, an SGA student assembly is held, joined by representatives from each campus organization. Members from each group discuss ongoing concerns, events and student feedback regarding the university.

Recently, students have discussed opinions on the Indiana Lifeline Law and the approval to create a board focused on service and philanthropy.

“It is cool, from my role, to see how an idea can then be transformed into something real, happening and getting student support behind it,” Pingel said.

As SGA president, Pingel said he faced various challenges along the way.

“We do have to really speak and advocate on behalf of the entire student body,” he said. “To get some of those collective opinions all the time is really difficult to do.”

The junior marketing-and-finance double major is not leaving his presidency empty-handed, however. Pingel said he will take the leadership skills he has learned, including goal setting and delegation, and apply them to his future endeavors.

“Delegation is important, I think, for any manager or leader, because I am not able to take on everything myself,” he said. “And I also want to give others the opportunity to be successful, find something that they really enjoy and then take it and run with it.”

Aside from his presidential duties, Pingel is a Delta Tau Delta fraternity member for Butler’s Beta Zeta chapter, a student orientation guide and even a Butler student ambassador.

“My calf muscles have gotten pretty strong from just walking backwards all the time,” he said. “I get to tell corny jokes to families who think I am funny sometimes.”

All jokes aside, a new SGA president will be chosen this spring. The elections are set to begin Feb. 23, according to the organization.

Junior communication sciences and disorders major Megan Trout said she would like the newly elected SGA president to have the same qualities she sees in her friends.

As Pingel leaves behind his own legacy, he offered advice to future presidents.

“Something that I have found out along the way is that the role is what you make it,” he said. “You can accomplish as much as you set out to do. The sky is the limit.”

As of now, only one candidate has applied to be the new SGA president. That candidate is junior Katelyn Sussli. She is a native from Loveland, Ohio, majoring in organizational communications and leadership and political science.

Junior Katelyn Sussli is the only candidate that has applied to be SGA president for 2015 as of now.

Sussli said she would like to redefine the role of student service within SGA and increase transparency between administrators and students in the future. She said she wants to be as representative of Butler’s student population as much as possible.

“I am really open to feedback for questions or comments,” Sussli said. “I have just really enjoyed this process of getting to know students at our university.”