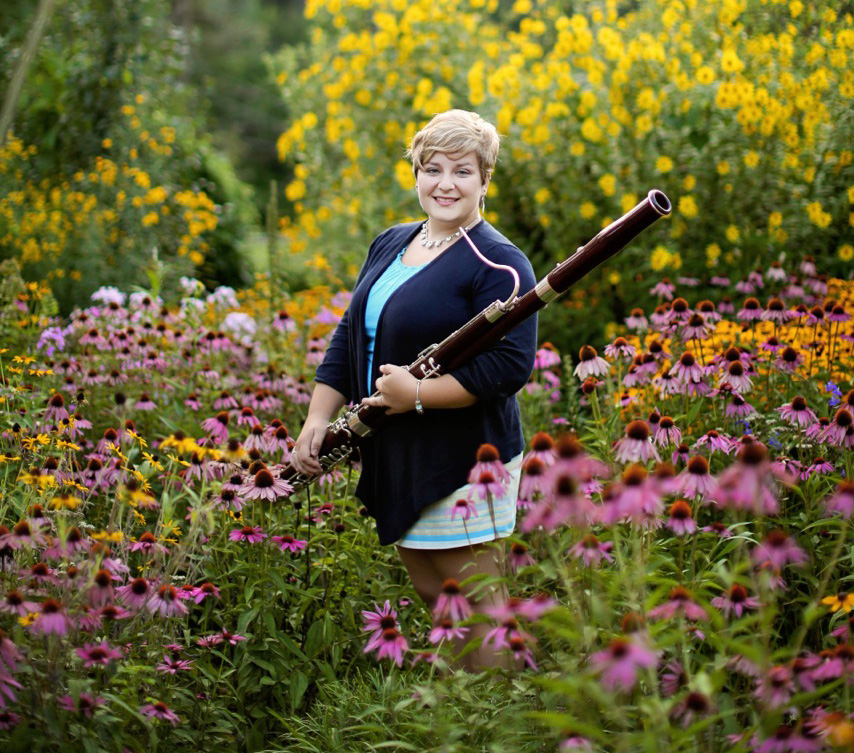 Junior Sara Erb will play the bassoon on Sunday, Feb. 15 in the Eidson-Duckwall Recital Hall at 2 p.m.

Her instrument is taller than her, but that has not stopped her from seeing success.

Erb, a native of Goshen, Indiana, did not play the bassoon until six years ago. Her high school music teacher was the person who taught her how to play.

In the past, she studied piano, bari sax and the flute.

Erb came to Butler as a music education major, not a performance major. It took time for her to realize that performing was her true calling.

After she explored the music business and psychology fields, Erb said, “I would rather sit in a practice room more than in a lecture hall.”

Once she came to this realization, Erb became a bassoon performance major and she has not regretted the decision since.

“I can’t imagine doing anything else,” Erb said.

In the future, Erb hopes to teach music at the university level and eventually work for a ballet or opera company.

If that is not enough, she also wants to do shows with full orchestras and woodwind quintets.

In the present, Erb continues to play piano and currently studies with Butler professor Anna Briscoe.

“We are working on sight reading and developing good technique,” Erb said.

Erb’s recital will feature a piano concerto by Bach, another example of her multi-faceted talents as a student performer.

Becoming a well-rounded musician is important to Erb because it makes her more marketable to employers.

“You can get a job if you have good theory and aural skills, chamber skills, orchestral skills, with a degree in performance,” she said.

The recital will feature several works from various periods of music.

One piece by the German composer Georg Philipp Telemann is “stolen” from a flute player.

“Sneaky bassoon players took it and transcribed it for themselves—we tend to steal a lot of music from people,” Erb said.

Another piece, Homage to Donald Erb, is special because Erb is related to the person for whom the piece was written.

“Donald Erb is my third cousin, once removed,” she said. “The piece is basically a hodgepodge of 20th century techniques that Dr. Erb would have used in his music.”

Stephanie Oakland, another student composer, will be featured in the recital. The piece is titled Shattered and it will be performed with a bassoon and piano.

Erb said she would like her audience to enjoy the sounds of the bassoon and the free whoopie pies that will be provided after the show.