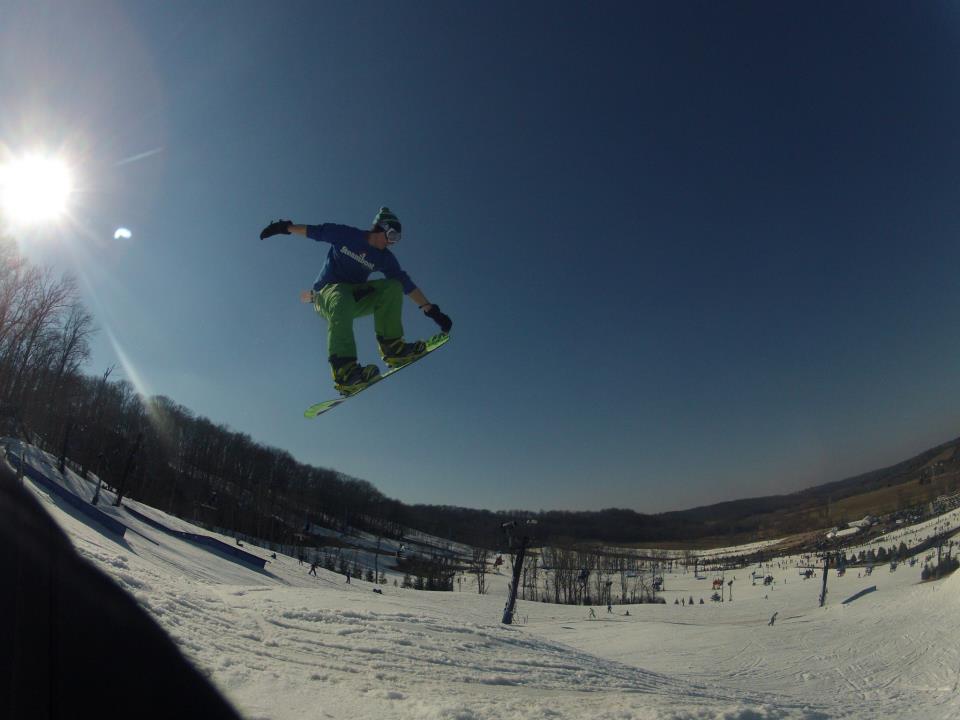 Indiana might not be known for its rolling hills and snow, but that has not stopped Butler students from showing their passion for hitting the slopes.

The Ski and Snowboarding Club has grown a lot since it was founded in October 2012. Founder and former president Andrew Gudac said his primary motivation for the forming the club was simply that Butler did not already have one..

“I came to campus and I found out that there was no ski club, (when I was) walking around at Block Party,” Gudac said. “The reason that I started it was so I could ski and I could offer cheaper skiing to the students at Butler.”

The club has grown considerably since its creation two and a half years ago.

“The first year we had five to 10 people that were pretty involved,” he said. “This year we had somewhere around 45 people show up for the callout meeting.”

Recent advertising has helped get the word out through social media and more. Noah Brayton, vice president of media in the club, said he thinks getting the word out there is very important for the future of the club.

“I think it is very important,” Brayton said. “Even over the past few weeks, people have contacted us saying, ‘Put me in the club. I didn’t know we had a Ski and Snowboarding Club.’ So I think that has really reached out to those who snowboard and ski.”

One of the main advertising techniques they have started has been creating videos in hopes to draw more members. One of their videos, filmed over Martin Luther King, Jr., weekend, already has almost 1,000 views on Youtube.

The club has been to a multitude of places in just this past semester. Some travel destinations include Nub’s Nob in Harbor Springs, Michigan and Perfect North Slopes in Lawrenceburg, Indiana.

“Right now we are just in the starting stages,” Oepkes said. “Hopefully, we can make that a thing within the next year to three years. I will be gone, but the new exec people can hopefully help grow that.”

Even though the club is pushing more toward trying to become a club sport, Oepkes said he would still recommend it to all Butler students.

“I would pretty much recommend it to anyone who is willing to ski and snowboard,” he said. “If anyone has an interest, they can get free lessons with lift tickets at Perfect North.”

One such trip is happening this weekend on Feb. 8 and will be sponsored by the Student Government Association.

“We are going to be going to Perfect North, and the better members of our club will be teaching how to ski and snowboard,” Oepkes said.