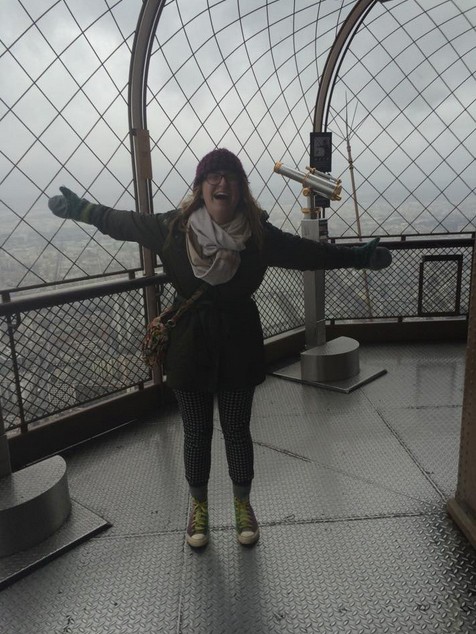 Sophomore Miren Mohrenweiser has eccentric interests, such as the French Revolution, art electricity and Ash Wednesday.

Ash Wednesday, which was celebrated last week, marks the beginning of Lent, a 40-day period before Easter. Lent is meant to be a time to focus on your relationship with God.

“I really like Lent because I never make New Year’s resolutions,” Mohrenweiser said. “But I always make Lenten resolutions. It is more than just giving something up. It’s adding something to your life.”

She is doing a daily devotional as well as staying away from the Internet and her cell phone until the evening.

“I want to appreciate things more as they happen,” she said. “Not being on my phone helps me enjoy them more.”

To celebrate her favorite day, Mohrenweiser went to Mass at the Notre-Dame Cathedral on Ash Wednesday.

“We accidentally went to this other prayer service before,” she said. “We heard them chant in Latin for a while. I didn’t know what was going on, but I liked it.”

Because Mass is organized the same way in every country, Mohrenweiser said she was still able to enjoy the service despite not knowing the language.

“It is awesome to be able to follow it,” she said. “I can follow something, when I don’t know exactly what they are saying.”

Mohrenweiser said Notre Dame was beautiful, but the tourists were odd.

“We could see them taking pictures of Mass,” she said. “It didn’t distract me, but I thought it was weird they thought it was OK. I did not take pictures when I was inside because I wanted to respect the people celebrating Mass.”

Mohrenweiser said this Ash Wednesday was more special than others because she got to spend it in one of the most famous cathedrals in the world.