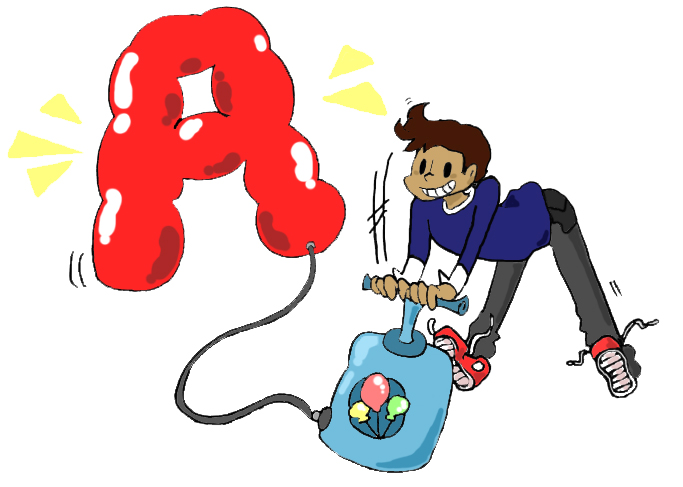 Grades at universities across the nation have risen at a steady rate over the past two decades. The cause of this increase is a reason for debate. Some say this phenomenon — known as grade inflation — is a cause for concern, while others are not so sure.

From 1991-1992, the average grade-point average among all secondary education institutions was 2.93, according to data compiled by Stuart Rojstaczer, a former Duke University professor. By the 2006-2007, that had risen to 3.11. The change was even more noticeable in private schools, which specifically saw an increase from 3.09 to 3.30 over that same time period.

Michele Neary, registrar with Butler’s registrations and records, said Butler University’s current average grade-point average among students pursuing an undergraduate degree this spring is 3.356. This follows the trajectory of the increase presented in the Rojstaczer data.

Christopher Healy is a professor at Furman University in South Carolina. He worked with Rojstaczer to compile data and write a number of papers about the issue of grade inflation. He said when grade inflation is prevalent, students become misinformed about their progress in the classroom.

“If I take a performance and get an ‘A’ in the course, I don’t know if I was the No. 1 student in the course or if I was just average, if more than 50 percent of the grades are ‘A’s,’” he said. “I don’t really get the right feedback.”

Sophomore Danielle Daratony said the point of taking classes is to learn. If grades do not properly reflect performance, she said it lessens the impact of the learning process.

“I think from the outside looking at it, it does hinder students,” she said. “The point of them taking a class is for them to learn, grow and work hard. If they are not doing that and they are just being handed a grade, then it kind of seems pointless to take the class in the first place.”

While the average grade at Butler is not an “A” (a 3.36 GPA is the equivalent of a “B”-plus average), it is not an uncommon occurrence — especially among private institutions.

According to data from Rojstaczer, nearly 50 percent of private institutions had an “A” as the most common grade in 2008. When combined with those students who received a “B,” nearly three-quarters of students received one of the top two grades on the scale.

Undergraduates have been receiving higher grades since the mid 1980s.

The result, Healy said, is that strong academic students no longer know where they stand academically. By contrast, students who struggle in the classroom are made well-aware of their shortcomings.

“Our grading system is very good at identifying failure and making sure that those people are helped or escorted off the campus if they don’t improve,” he said. “But the grading system does not do a good job of identifying the very top.”

For some students, even receiving a “B” seems like a small accomplishment.

“If a student makes a ‘B’-plus as an accomplishment, and it should be an accomplishment,” Healy said. “The college catalog defines a ‘B’ as a pretty good grade. In some courses to make a ‘B’ means you are one of the worst morons in the class.”

Daratony said she prefers being challenged, even if it means receiving a lower grade.

“The goal for me is to get something from the class,” she said. “If that means I try really hard and still get a lower grade, at least I know I’ve worked hard and learned something. That is when I know I’m learning and I’m being challenged, when I don’t automatically get an ‘A’-plus.”

While students benefit from high grades, their future employers face the difficult task of separating the good from the better from the best. This is far from a perfect science, Healy said, as employers do research into the academic standards of universities, as well as attempting to provide a national “standard” against which to measure.

“Employers do more than look at your GPA,” Healy said. “They do look at where you came from, and they probably know something about where you came from. If a college has a reputation for being an easy-grading college, their GPA’s will be taken with a grain of salt versus another college that is known for having lower grades.

“Mentally, an employer might add or subtract a number from your GPA to compare it to somebody else.”

Teresa Lubbers is the Indiana commissioner for higher education. She said that analyzing GPA on a nationwide scale has its flaws. She said there are a variety of factors that could go into an increase in academic performance.

“You would have to figure out what is causing that campus by campus,” she said. “Is it a commitment to intervention to help students, is it financial policies that require students to keep certain grade point averages to keep their financial aid?”

One of the factors that could impact grade inflation — or potentially lower grades — is the courses a student takes. Brandt Kolb is a first-year pharmacy student. He said the room for error in pharmacy school likely differs from that in other colleges at the university.

“For me, those core classes were always a good buffers,” he said. “It was always nice to get ‘A’s’ and not put as much work in. But is it fair? Maybe not. In pharmacy school, you can get a ‘C’ and know the majority of the material. In pharmacy school, the room for error is less.”

Lubbers said the better way to determine if grade inflation is really an issue affecting colleges is to find a common set of students and analyze their performance.

“You would have to take a peer group of the students who come in with about the same amount of academic preparation, the same activities that are taking place over the same period of time, and then measure,” he said.

While grades are a major factor in one’s educational process, Healy said they are far from the only barometer.

“Twenty years after you graduate, nobody is going to care what grade you get,” he said. “The lessons of a lifetime are not the letters that are on your transcript.”

Lubbers echoed Healy, saying that she is much more concerned with what students are learning that will make a positive impact down the road.

“Is it a worthwhile discussion to be concerned about what students know when they come out? That is the discussion for me,” she said. “What do they know at the end of their college experience that they know and are able to take into the workforce?”