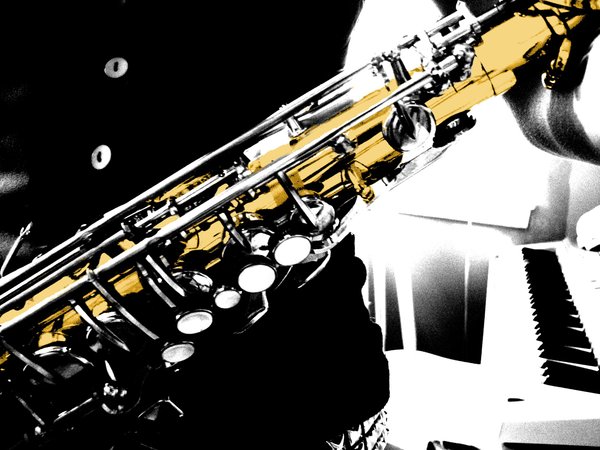 The lighting shifts from the audience to the stage. A hush falls over the crowd. Two performers walk on stage and the crowd politely applauds. The performers sit down, settle themselves and their instruments, and breathe in to signal the beginning of their music.

This recital is part of a series of recitals in which professors and guest artists perform in the Eidson-Duckwall Recital Hall.

The concerts in this series are always performed on Tuesday’s nights at 7:30 pm and generally last about an hour and a half.

Both of the guests were professors from Indiana University; one played the saxophone and the other played the cello.

The two guest artists perform as a duo called the Bro-Fowler Duo (a combination of their last names) in the States and around the world.

It is very rare for music to be written for a cello and saxophone simultaneously. In fact, before this, I had never heard a duo that included these two instruments.

Program notes were provided for the first piece; according to the notes, “Shôji” are Japanese sliding latticed screens that are usually covered with opaque white paper. The composer imagined three different images on these screens: Autumn mist, Butterflies, and Kimono.

As a listener, it was hard to tell the distinctions between these “movements” or “images,” but the music was calming, the performers worked well together, and the saxophonist never overpowered the cellist.

Altogether, this piece was pleasant to listen to. The second piece did not have program notes with it; it was very dance-like and had special effects in the cello and saxophone that made it entertaining and fun to watch and listen to.

The final piece of the night was Pyotr Ilyich Tchaikovsky’s Piano Trio in A minor, Op. 50. The cellist from Indiana performed in this piece as well as two professors from Butler: Dr. Kate Boyd (piano) and Dr. Davis Brooks (violin).

Tchaikovsky wrote this work in Rome in 1881-1882; the piece consists of two movements that took the performers almost an hour to perform. Before the performance, Dr. Boyd informed the audience that this work is the only piano trio written by Tchaikovsky.

The first movement was rather moody and “Russian” in character and the second was a theme and variations based on a “simple” theme that ended up sounding rather complicated by the end of the piece.

The piano seemed to be a main feature of this piece; there were numerous technically challenging solos for the piano and not as many solos for the violin and cello.

For a lot of this piece, it seemed as if the cello and violin were accompanying the piano instead of the other way around. The violin and cello both had chances to shine, despite all of the piano solos.

The audience didn’t quite fill the hall; about half of the audience were community members and the other half were students and professors. The audience seemed to receive the music well; some people near me discussed the new works rather animatedly.

The people who I asked said they enjoyed the performance, although everyone was a bit tired after the hour long piece (including the performers!).

If you would like to catch another recital given by our own Butler music professors (and sometimes guests) in the Duckwall Artist Series, there are concerts on March 3, March 17, March 24, March 31, and April 21.