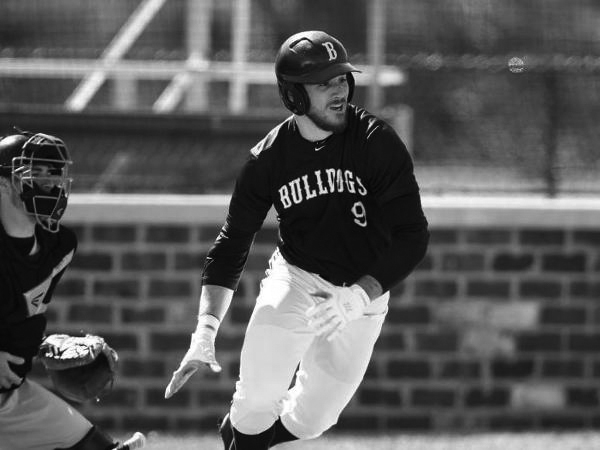 The Bulldogs are looking to improve during their second year in the Big East. Last season, the team finished with a 20-30 record, just one game short of qualifying for the four-team Big East Tournament.

The team is returning 21 players from last season’s rosters, including six seniors.

Sophomore Alex Horowitz said last year’s disappointment can only help the team in the future.

“Being one game away from making the conference tournament has acted as motivation for our team this year,” he said. “During the off-season, it pushed us to work harder and get better every day.”

However, the weather this time of year can present problems for any baseball team hoping to practice outside.

Head coach Steve Farley said the team started practice on Jan. 23, but it has had to work around the weather in order to get the reps it needs for the season.

“You have to be creative this time of year,” Farley said. “We have yet to be on our baseball field, nor do we expect to be because it is cold and it is frozen. So, luckily, we have got a couple of places we can actually go off campus.”

Some of these places include Grand Park and Roundtripper Sports Academy, both located in Westfield, Indiana, as well as Butler facilities.

Farley said one of the main goals this season is to be a force in the Big East and to be one of the four teams in the conference tournament in Omaha, Nebraska.

“We are trying to be more competitive in the Big East,” he said. “It is definitely a realistic goal for us to finish in the top four in the Big East and make the conference tournament.”

One way of doing this is through a tough schedule. On top of the competitive Big East conference play, from Feb. 20 through Feb. 22, the Bulldogs will travel to Pepperdine University to play a team that made it to the Super Regionals last season and were just one win away from the College World Series.

On Feb. 24, Butler will head to the University of Louisville who is currently ranked seventh in the nation in the USA Today Coaches’ Poll and a team that made it to the College World Series in Omaha, Nebraska last season.

They also play two more teams who made it to the NCAA tournament last year when they play Bucknell University in the RussMatt Classic on March 13 through March 14 and at Indiana State University on March 31.

Farley said two keys for the team this season are going to be pitching and defense and getting timely hits to support the pitching staff. And he thinks this team can get that done.

The pitching staff is a newer group, having lost the their top three men in innings pitched and strikeouts from last season.

Sophomore pitcher Jeff Schank said he is confident in the staff’s ability to produce.

“Our pitching staff works fast, throws strikes and knows how to outsmart the opponent,” he said.

Farley also said the lineup is not completely set in stone and that he would not be surprised if the starting nine at the beginning of the year is completely different at the end of the year.

This is a team that is missing its leader in at bats, hits, home runs, stolen bases and runs batted in after graduating Marcos Calderon last season. However, it returns senior Ryan Wojciechowski, who led the team in on base percentage (.425) and slugging percentage (.439).

Redshirt sophomore Chris Maranto said the team has a lot of depth this year and that there are a number of guys who could be put in the lineup.

“Last year, we consistently had the same guys playing everyday,” he said. “But this year we have a lot more options. It is a good problem for the coaches to have, to try to put together a lineup with 13 to 14 capable players.”

There are eight freshmen Farley said could make an impact early in the season. One of them is outfielder Gehrig Parker.

“I want to bring a consistent focused and hardworking attitude to the ballpark every day and do whatever I can to help this team win,” Parker said.

Farley said that he is excited to see what this season brings and to get out on the field and play.

“I am just pumped up,” he said. “I like our team. The guys are working hard and, hopefully, we can throw strikes, make the plays and get the big hits.”