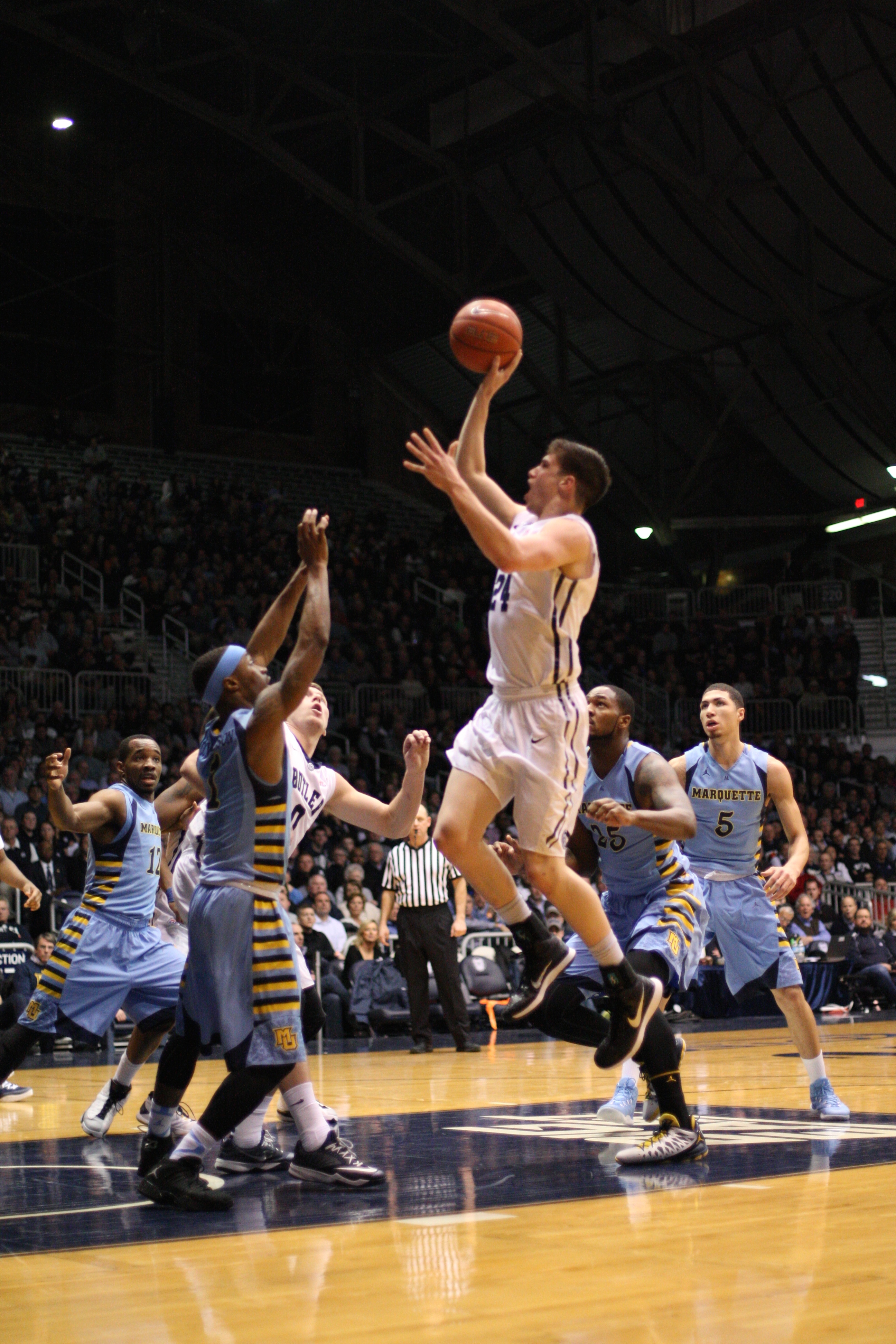 Butler held a 29-24 halftime lead before the Blue Demons came out on a 14-3 run to open the second half.

Butler then responded, finishing the game by outscoring DePaul 34-15 over the last 14:07 of the game. Butler was on a 23-2 run at one point.

Butler head coach Chris Holtmann said his players took it on themselves to rally after letting the Blue Demons take the lead to start the second half.

“These guys (Butler) at some point in the second half said, ‘we’ve got to turn up our level,’” Holtmann said. “Our first four minutes of the second half wasn’t what it needed to be, and these guys made the decision to play better.

Junior Roosevelt Jones had 16 points — 12 of which came in the second half — five rebounds, and four assists, including multiple alley-oops to senior big man Kameron Woods.

Woods put up 14 points for the second straight game, matching a season high.

DePaul shot 40.8 percent on the day, including going 3-for-6 from three-point range in the second half. Holtmann said, while the Blue Demons didn’t have a great shooting day, they’re capable of hurting teams with the deep ball.

“They’ve got a team full of shot makers, and they make it difficult on you to guard them,” Holtmann said. “They had some life just because of how well they were playing offensively.”

Dunham, with two straight 20-point performances, said he feels like he’s hitting his stride at the right time, but he has others to credit for that.

“I’ve been able to hit a few more shots in the sets that we run for me,” Dunham said. “But, the game is a lot easier playing with guys like Roosevelt, and him getting him in the lane, like coach says, paint touches, it’s constantly getting guys to retreat, making it easier for me.”

Dunham was 6-for-11 from the field and 2-for-4 from deep. Austin Etherington also converted free throws when he was fouled shooting a three pointer. He finished with seven points and five rebounds.

Freshman Tyler Wideman started the game, but Holtmann turned to Etherington for the bulk of the minutes in replacement of sophomore starter Andrew Chrabascz.

“We were struggling handling the ball, and his ability to pass and catch and play off the dribble just opened some things up for some other guys,” Holtmann said.

The Bulldogs have just two games remaining, with the Georgetown Hoyas paying a visit to Hinkle Fieldhouse Tuesday night on Senior Night. They then travel to Providence to close the season Saturday, March 7.

Holtmann said they didn’t overlook the Blue Demons in preparation for the final week of the season.