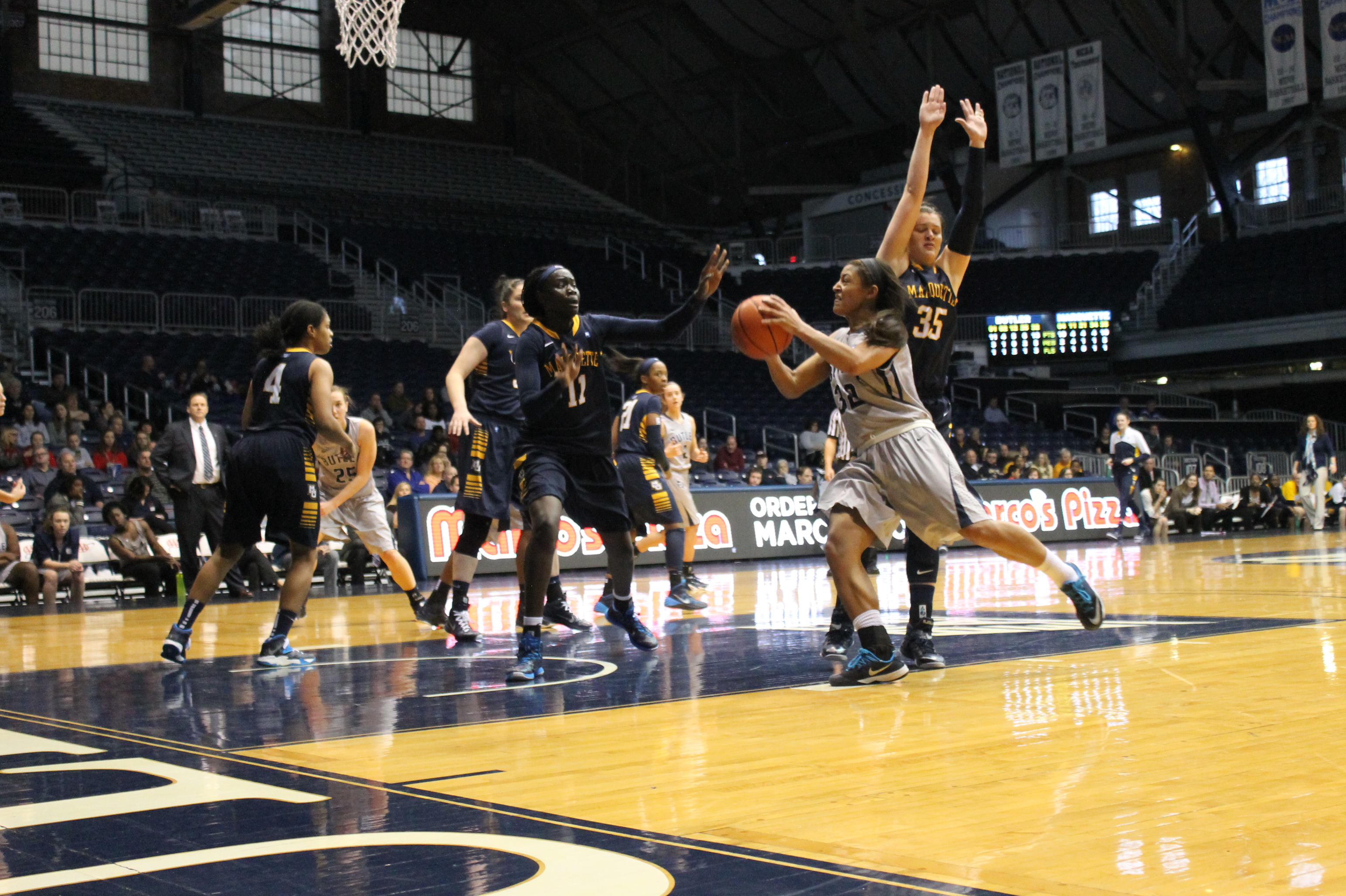 The rough start to February only got tougher for the Butler women’s basketball team this past weekend, as the Bulldogs lost twice at home in Big East play. But with only five games remaining in the regular season, there is no time to dwell on the past.

Although it began as an opportunity for the Bulldogs to solidify themselves as Big East title contenders, the weekend ended with Butler falling all the way to fourth in the standings and back to .500 overall for the first time since mid-January.

Last Friday, the Bulldogs played host to DePaul University in what was a battle for second place. Picked to finish last in the conference during the preseason, Butler was looking to stake its claim among the Big East’s elite. Instead, the Bulldogs were hit with an onslaught of three-pointers from the Blue Demons (14 in all) and lost by 18.

Sunday appeared to be a chance for Butler to recover, but the Bulldogs then lost a heavily competitive double-overtime contest to tenth-place Marquette University. It was only the second Big East victory of the season for the Golden Eagles.

Now, Butler has to regroup quickly as they head to Philadelphia to take on Villanova University, one of the teams currently ahead of them in the standings.

In their first matchup, the Bulldogs defeated Villanova by 14 at Hinkle Fieldhouse on the wings of 20-point performances from sophomore guard Loryn Goodwin and senior forward Ijeoma Uchendu.

“On film, we saw we had an advantage with IJ in the post and she did a good job of being aggressive,” Head coach Kurt Godlevske said.

This time around, Villanova will enter having won three of its last four, its only loss by two points at DePaul.

The key to Villanova’s success is the three-point shot. In the previous matchup, the Wildcats made ten three-pointers in the first half, versus only four in the second. For the game, Villanova took more than half its shots from behind the arc.

“We saw what they were doing in the first half and just made a couple of adjustments defensively at halftime and came out and executed,” Godlevske said.

Two days later, Butler will head to Washington, D.C., to battle Georgetown University, another team the Bulldogs had success against in their first matchup.

In a back-and-forth affair, Butler pulled away in the final minutes to post a 63-58 win at Hinkle and climb above .500 for the first time all season.

The Hoyas have the worst field goal percentage in the league and enter the weekend with an eight-game losing streak. But, as demonstrated by the Bulldogs’ home loss to Marquette University, every game is a battle in this conference.

“We can’t afford off-days,” Godlevske said. “Anybody can beat anybody in this league, and we can’t have mental lapses.”

“You have to be prepared every single night,” said senior guard Loryn Goodwin.

This will be the final road swing of the season for the Bulldogs before they finish with three games at Hinkle in preparation for the Big East Tournament, which begins March. 7.