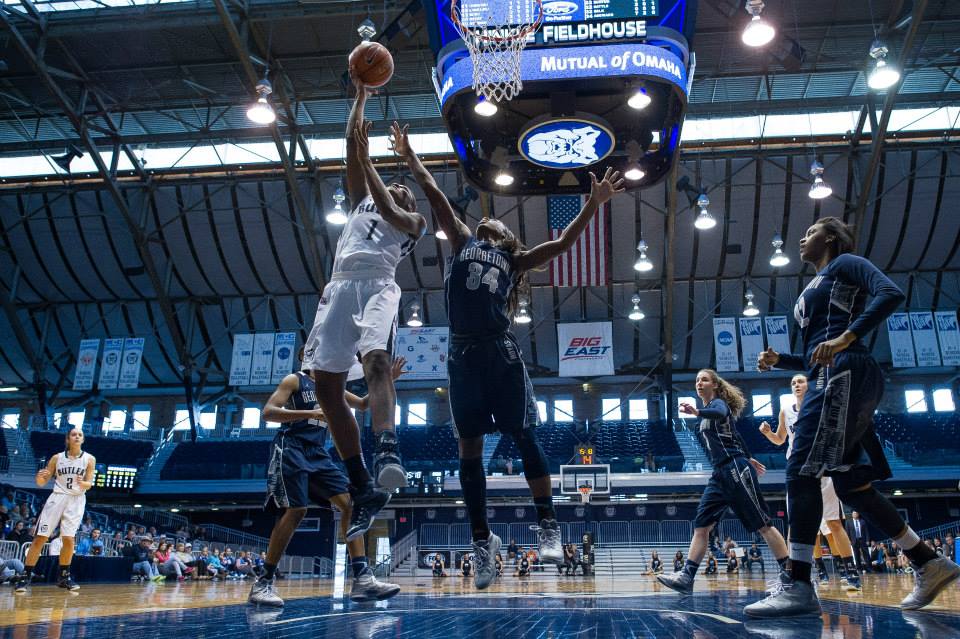 The Bulldogs fell behind early once again, trailing 28-14 late in the first half before closing on a 20-4 run to take a two-point lead going into halftime.

Strong defensive play was the mark once again for Butler, who improved to 8-0 when holding the opponent to 60 points or less.

Senior forward Ijeoma Uchendu dominated on the inside, posting 20 points and 15 rebounds, including 10-12 from the free throw line.

Georgetown was paced by Dorothy Adomako with 15 points.

The win moves Butler to 10-9 overall and 6-2 in the Big East. The Bulldogs are now off for a week before beginning a stretch of three consecutive road games at Xavier University next Sunday.