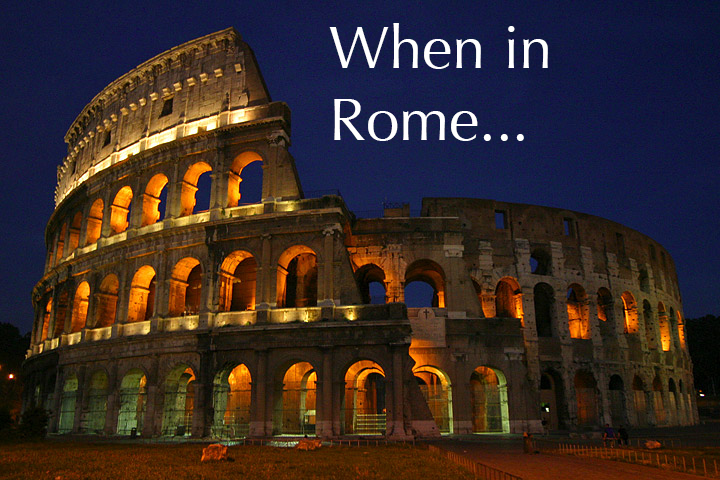 Sophomore Erin O’Neil celebrated her 20th birthday in style: She flew to Rome.

O’Neil is a Butler University student studying abroad with the Global Adventures in the Liberal Arts program. She will travel to various Western European cities throughout the semester while taking core curriculum classes.

On the morning of her birthday in the Central European Time Zone, six hours ahead of Indianapolis time, she celebrated by sitting on a plane for more than eight hours. At the end of the flight, she was rewarded with a smooth landing into the Italian sunrise.

“I was worried it wouldn’t feel like my birthday,” O’Neil said. “I don’t need to be the center of attention or anything, but I do want the day to feel special. And it was the best birthday present I have ever gotten.”

O’Neil was especially excited to start her adventure in Rome, since it is high on her “must-see” travel list. However, she and the city of eternal light did not get off on the right foot. Her expectations for Rome were as high as the AirBus she flew in on, but the city initially fell short.

“McDonald’s, sadly, was my first impression,” O’Neil chuckled with a guilty look on her face. “The first thing I saw was three of them, and it was really sad.”

“I barely felt like I left the country,” she said.

The next day, the GALA group took a four-hour tour around the city, and O’Neil felt better about the city. After seeing typical tourist attractions, historic sites and sampling authentic food, she had a whole new perspective.

“I am in a spectacular country,” she said. “Not just another one that has fallen to capitalism. The tour brought me the uniqueness of the city I was expecting.”