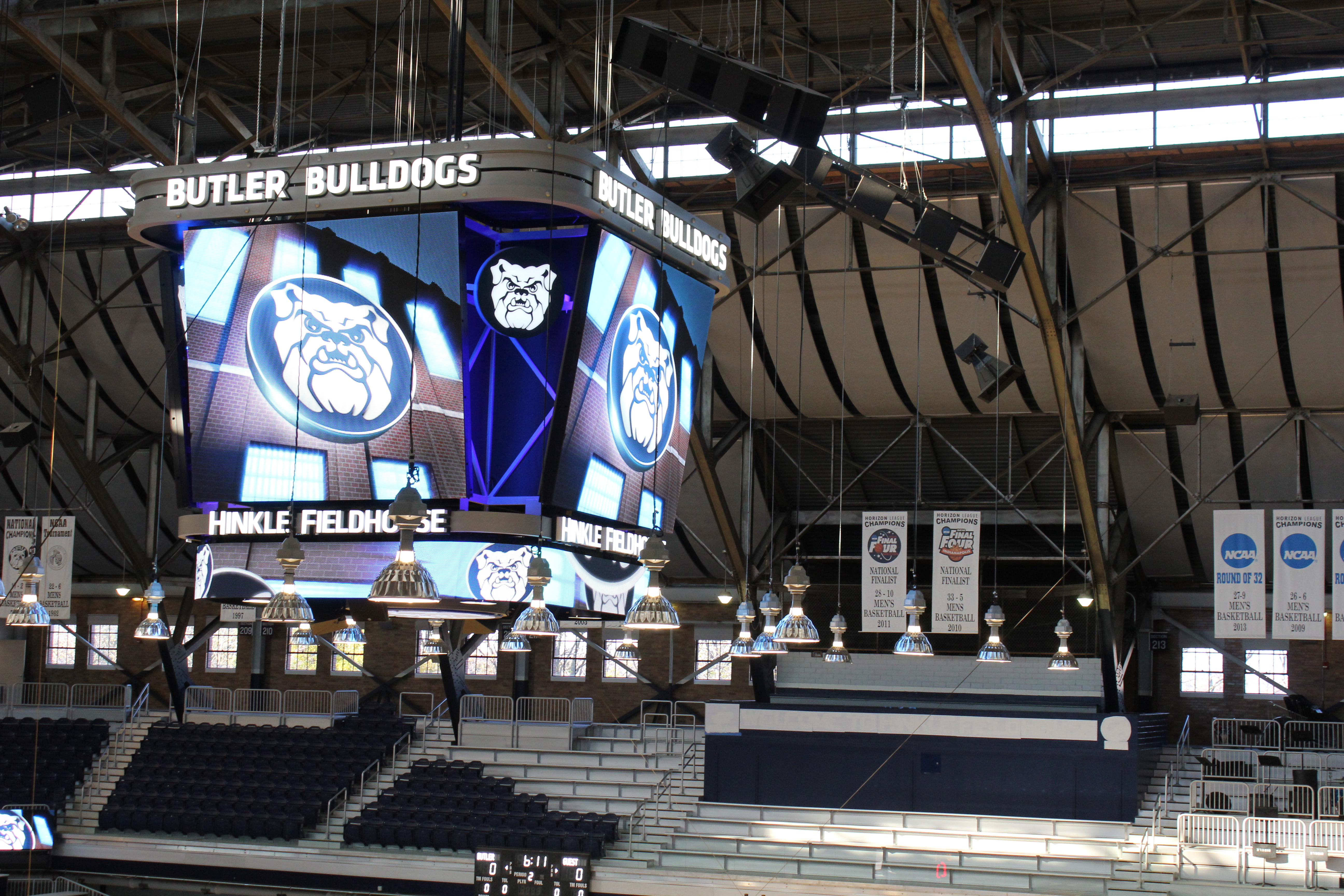 One NFL game is left to be played, which means that basketball season is just about to the point where things get fun.

Teams start going on the “bubble watch.” The likes of Joe Lunardi and Jerry Palm begin putting out “Bracketology” reports that actually have some sustenance to them. We all start watching obscure college basketball games to ensure we have the upper hand when it comes time to fill out our brackets in March -— okay, maybe I’m the minority in doing that.

And all over the nation, teams rely on their school’s student sections to give them a boost down the stretch.

We’ll start seeing features on “The Cameron Crazies” at Duke, and “The Izzone” at Michigan State.

Heck, “The Curtain of Distraction” is becoming a thing at Arizona State.

It’s time for Butler students to step up and give the Dawg Pound a good name.

No matter how big or small, a student section can truly affect the outcome and rhythm of a basketball game. It’s a little something called home court advantage.

And no, home court advantage is not a myth. I’ll give some evidence to bust that myth.

Take MSU’s Izzone for example — one of the best student sections in the nation, and highly regarded as the best in the brutal Big Ten Conference. I mean, it has its own webpage.

Two of the non-conference home losses were while students were on Christmas break, so they were playing in front of a depleted Izzone.

Five of their home conference losses were against ranked teams, a tough task no matter where the game is held, and three of those games were also while students were off campus because of breaks.

I don’t tell you this to boast about the Spartans because I love them — I actually loathe the Spartans, as I grew up a University of Michigan fan.

I tell you this to prove a point that students can have a direct impact on games.

Now, I understand the Spartans are a high-caliber, power-conference team at a school with an undergrad enrollment upwards of 40,000 students.

We all LOVE to HATE Duke

So I’d like to offer you an example of a school much more comparable to Butler. Like it or not, Duke University is pretty similar to our beloved Butler. There are about 6,500 undergrad students enrolled at Duke. And their home arena, historic Cameron Indoor Stadium, has a capacity of about 9,300, comparable to that of Butler’s Hinkle Fieldhouse.

In the same stretch from the 2010-2011 season until now, Duke is 31-4 in Atlantic Coast Conference games and 39-0 in non-conference games at Cameron Indoor. (This will give you an idea of just how crazy those people are in Durham – the fans are right on top of the court)

Remember what I said about home court advantage? It’s a real thing.

Granted, Duke is a powerhouse, and they’re tough to beat, but that does show that a small school’s student section can have an impact on a game.

I’d like to end my rant on the Goliaths of home court advantage and begin my proposal of how to begin the creation of something special inside Hinkle.

So, what’s my point?

It’s time for Butler students to make the Dawg Pound more than just a couple hundred kids in the bleacher seats on the floor. I’ve thought this since my first game at Hinkle my senior

A view from the upper level student section

year of high school in 2011 (a Final Four year for the Bulldogs), but I really think the upper-level of the student section needs to stand and participate in all the cheers and be part of the Dawg Pound.

Not only will the student body and Bulldog fans look better, it will give the team even more of an upper hand.

Since the 2010-2011 season, the Bulldogs are 30-3 in non-conference games at Hinkle and 24-14 in conference games. Than can be vastly improved upon with the help of a full, robust, and rowdy student section.

If you watch almost any Big East game on TV, you can hear and see a full, and loud student section. As the “New Big East” is still taking shape and forming its new identity and traditions, Butler students have the chance to make Hinkle Fieldhouse, home of the Dawg Pound, a household name.

While I can’t participate in this great opportunity upon our student body due to my Collegian coverage of home games, I would love to look up from my seat on press row and see all the students standing and participating fully in the crazy, spirited and mesmerizing traditions of a college basketball student section.

Think of the Gonzaga game a few years ago when College GameDay came to campus. We all stood then, and we should make it our belated New Year’s Resolution as Bulldog fans to start a great new tradition and give our Bulldogs an even better a chance to win at home.

There is no reason we shouldn’t have the best student section in the Big East. So I ask of our students that we grab a group of our friends –— our fraternity brothers, sorority sisters, or just anybody you know on campus, and stand in unison and show the Big East who we are. This team has the chance to be great, but it really begins with the students down the stretch.