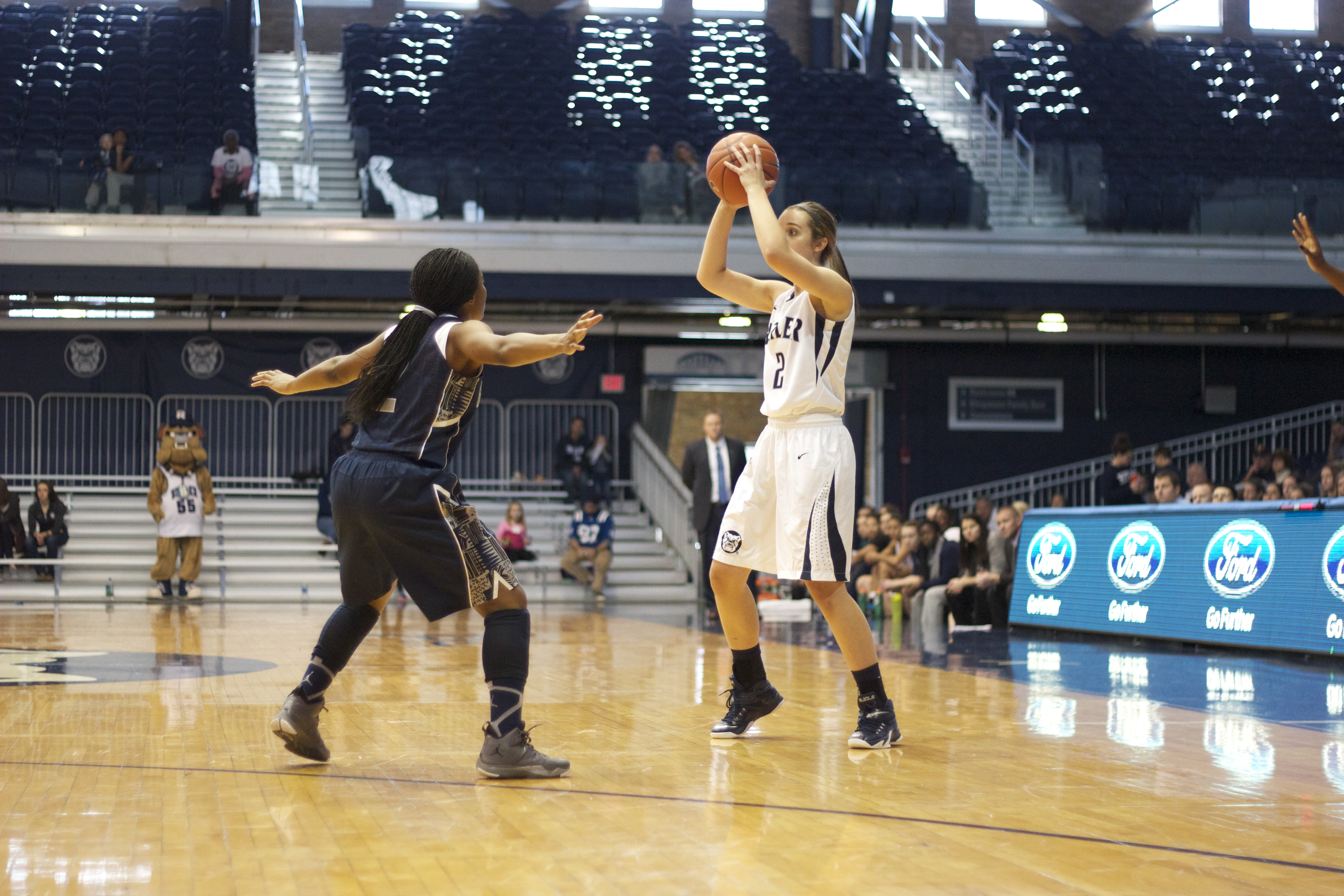 Senior Belle Obert helped lead the Butler volleyball team to a 20 win season this year. She earned All-Region, First Team All-Big East, and honorable mention All-America honors. But for her, that was not enough. Now she’s making her mark on Butler athletics once again, this time with a basketball.

The Butler women’s basketball team is riding a six-game conference winning streak thanks in part to Obert’s contribution. The Bulldogs have risen to second place in the conference, just a half-game behind Seton Hall.

For Obert, some of her personal success has come through becoming more confident in her place on the floor.

“I just feel more comfortable on the court with every game that I play,” Obert said. “Over the past six games I have felt a lot more confident in my role on the team.”

Junior teammate Blaire Langlois said Obert has played a big role in the team’s recent hot streak, thanks in part to her versatility.

“She is a huge part to our success,” Langlois said. “Her defense is unbelievable and she has been a protector against the girls attacking the rim.”

Freshman guard Sydney Buck said that she respected Obert for being a two-sport athlete, but is not surprised that she has success in both.

“It’s pretty amazing,” Buck said. “Her success doesn’t really surprise me though. She’s a really gifted athlete and she works hard and always has a good attitude about everything.”

However, Obert said being a two-sport college athlete does present some complications.

“It’s definitely tough at times balancing academics and athletics especially with all the traveling we do,” Obert said. “But it’s something I feel like I’ve gotten really good at over the years.”

Even with the time constraints, Obert said she enjoys participating in two college sports.

“In my opinion, being a student athlete is the best college experience for me,” she said.

During their six game win streak, the Bulldog defense is holding their opponents to just 58.7 points per game, which is much better than their season average of 67.5 points per game.

Some of this can be attributed to Obert, who is averaging 6.3 rebounds and 3.0 blocks during the stretch.

Offensively, the Bulldogs are averaging 65.8 points during the past six games, which is an improvement over their season average of 64.1.

Obert said that the team has improved on both sides of the court during the recent stretch.

“We have done a much better job at executing both offensively and defensively compared to earlier in the season,” Obert said.

“We’ve got to stay focused,” Obert said. “We have improved so much and we can’t take any steps backward. If we keep doing what we’re doing and continue to execute well, we are tough to beat.”

Langlois said Obert is a big part of the team’s success moving forward.

“She’s an important part because we all need to play together and we rely on one another so we need her to continue to play tough on both ends of the floor,” Langlois said.

The Bulldogs play their next three games on the road, the first game coming on Jan. 25th against Xavier. They then travel to Providence and Creighton on Jan. 30th and Feb. 1st.

Obert said that she personally has to continue to improve to help the team stay competitive during the next stretch of games.

“I’ve got to do a lot of the little things well,” Obert said. “I’ve got to set good screens, clean up some rebounds, and play great defense.”

Regardless of how this season plays out, Obert said that she is very fortunate to be where she is now.

“I can only really describe it as just pure fun,” Obert said. “I feel so lucky to be doing what I’m doing and I’m enjoying every minute of it.”