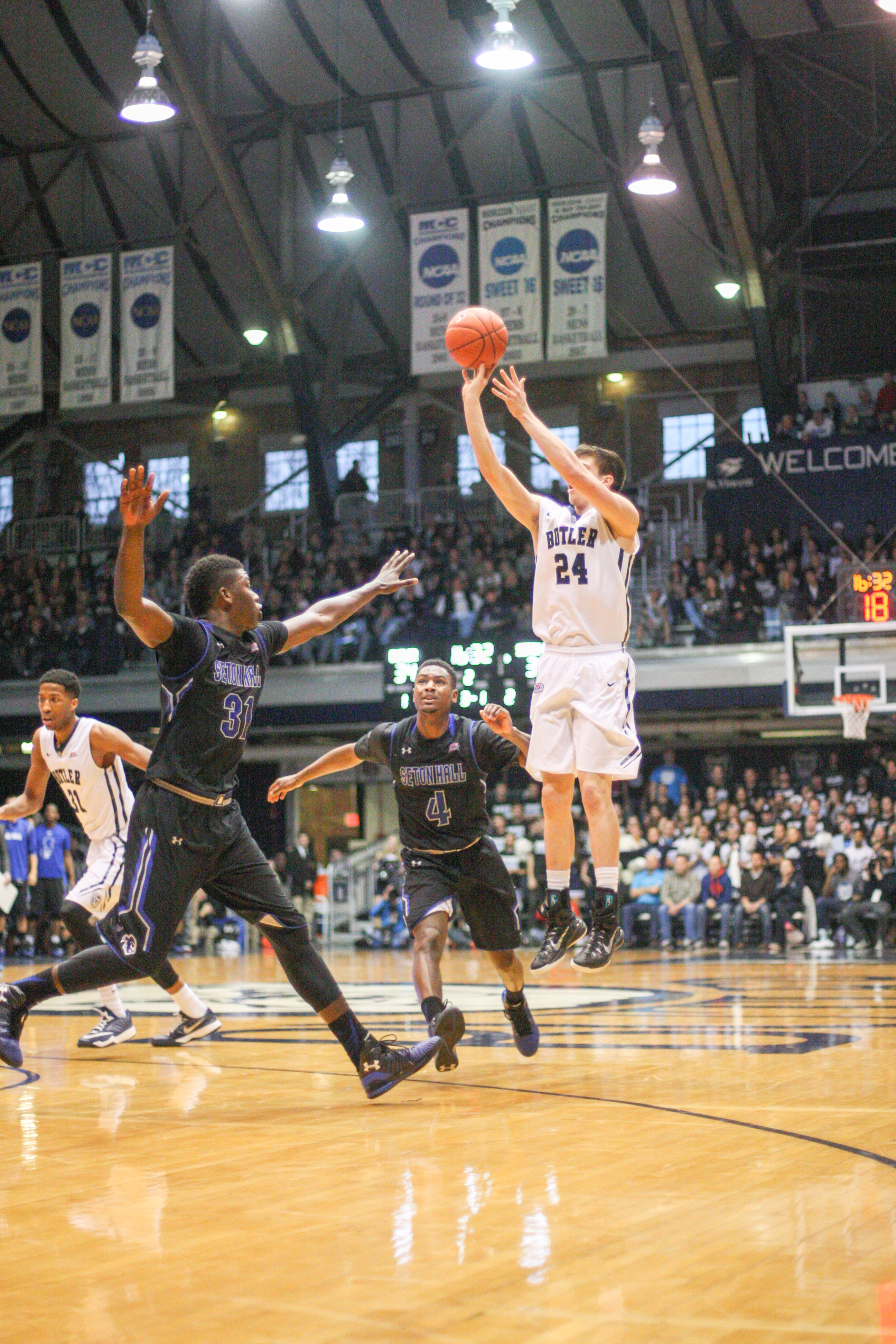 The No. 25 Butler men’s basketball team is in Milwaukee Saturday for its first meeting of the year against Marquette University. The game tips off at 2:00 p.m. on FOX Sports Net.

The Bulldogs have won four of their last five games to move within one game of first place in the Big East. Butler climbed back into the AP Top 25 Poll this week, after being absent since losing to Indiana University in the Crossroads Classic Dec. 20.

Butler routed Seton Hall 77-57 Sunday behind a balance attack. Four starters scored in double digits and four Bulldogs off the bench combined for 18 points, including four from freshman Jackson Davis, who saw his most playing time since a game against Kennesaw State Dec. 8.

Butler has seen a trend of getting out to leads this season, only to see them disappear and find themselves in close battles. Head Coach Chris Holtmann, though, says he doesn’t look at that as a bad sign – he sees positives in the fact that the Bulldogs are able to play well enough to get those leads.

The Golden Eagles are on a complete opposite trend, having lost four straight and five of six.

Under first year head coach Steve Wojciechowski, the Golden Eagles have been pretty competitive, even though their record may not show it. Before a loss Wednesday against Seton Hall, Marquette had an overtime loss against Georgetown, and four other conference losses by a combined 16 points.

Butler fans find themselves holding their breath from time to time, as the Bulldogs’ 65.9 free throw percentage lands them in the ninth spot of a 10-team conference.

Marquette is in the same boat, as they are just one spot ahead of Butler with 68.1 mark.

Both teams, however, have individuals who find themselves among the top five best free throw shooters in the league. Carlino is third in the Big East with his 84.4 percent, and Butler’s Kellen Dunham is fifth with a 83.7 mark.

Butler sits in fourth place in the Big East, just one game behind first place Providence.

Just two games separate seven teams in the conference standings. The majority of the teams are playing their ninth game of the 18-game conference slate, marking the halfway point in the Big East season.

At this point in the season last year, the Bulldogs were just 2-7 in league play. The Bulldogs are looking for their third conference road win of the season, which would best last year’s mark of just two wins of the kind.