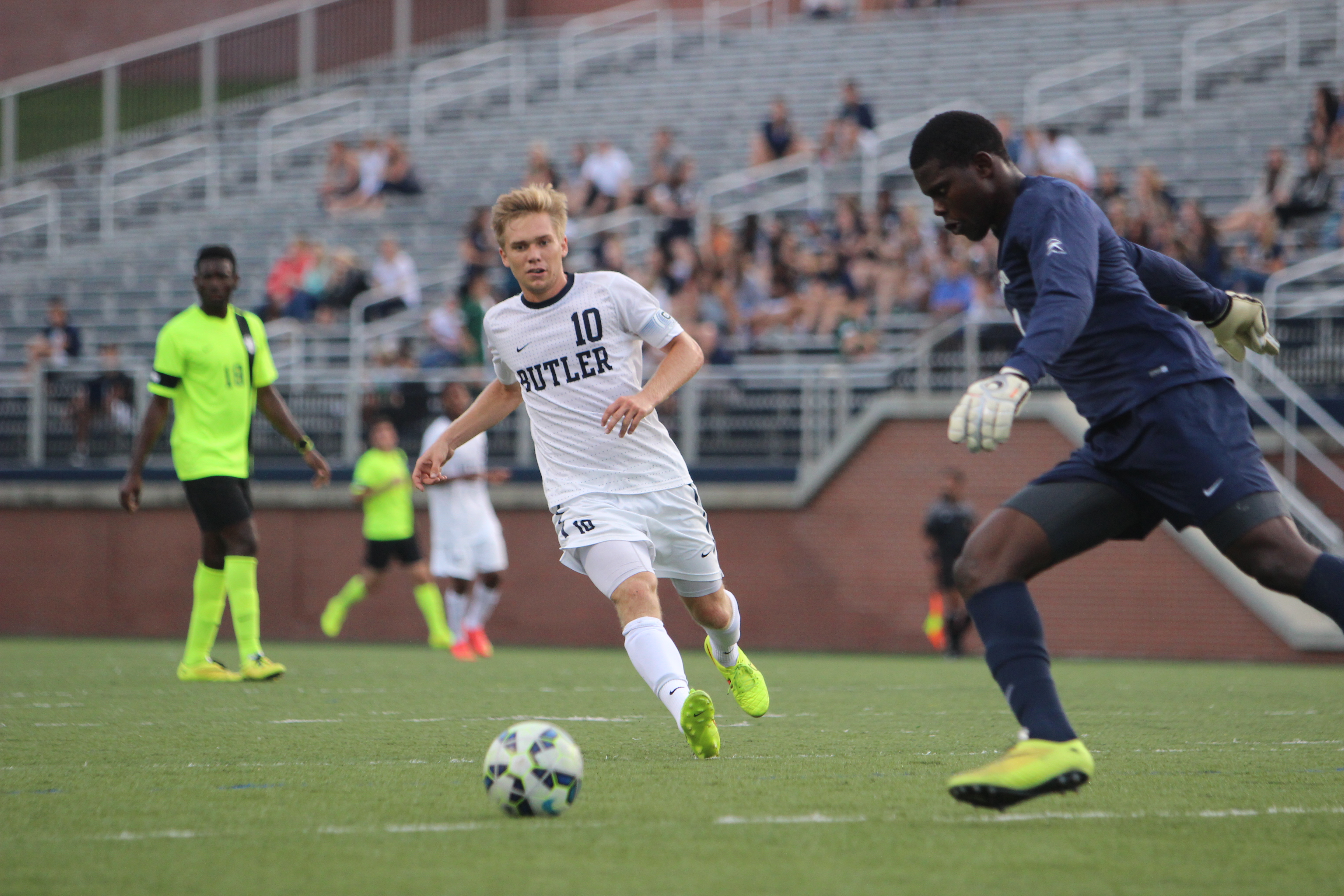 Excitement, anxiety, intuitiveness – these are the emotions that Butler alumnus Zach Steinberger was feeling last Thursday during the Major League Soccer SuperDraft.

Steinberger, who graduated from Butler in December, was looking to realize his lifelong dream of playing professional soccer.

Steinberger waited in the Butler locker room when he found out that his dream had not only been fulfilled, but that he was now included in the top prospects of the MLS.

“That whole first day, I was just stunned,” Steinberger said. “It was unreal; I didn’t even expect or think it was a possibility, so it took awhile for it to really settle in that I was not only picked in the first round, (I was) picked eighth…and if someone would have told me I was going to be picked as the eighth overall draft pick, I probably would have told them, ‘you’re crazy.’”

Steinberger knows that even though he is moving on to one of the best programs in professional soccer, he would not be where he is now without the experiences he had at Butler.

Steinberger’s teammate Jeff Adkins remembers Zach being a great role model to his teammates at Butler and knows he will be a great influence on his new teammates in Houston.

“He can be defined as a team player,” Adkins said. “He gave everything that he possibly could to the team…not only did he work hard, he made sure you were working hard. He was a great leader and he really cared about everyone.”

Butler head coach Paul Snape, who was present at the draft on Thursday, agreed with Adkins in regards to Zach being a team player who allows himself to be mature amongst his teammates.

“He’s matured a lot,” Snape said. “He’s always been an ultimate team player and that’s why I made him a team captain the last two years. Everyone on our team was absolutely thrilled and we’re all going to be following Houston Dynamo and Zach this next year.”

Steinberger understands the soccer program at Butler has helped him mature and become a more professional soccer player.

“Butler helped me mature as a player and as a person,” Steinberger said. “It was an experience I wouldn’t change for anything.”

Snape suggested that Steinberger is a great fit for the MLS and should be able to take his skills and character to the level of Major League Soccer.

“I’m not surprised,” Snape said. “We’ve known Zach for the last four years. He’s got a tremendous amount of talents. He’s got skill, he’s got physical abilities, and he’s got great character. My first thought was that I was absolutely delighted for Zach and his family.”

Fricke, had one goal and one assist this season. He had six goals and four assists during his Butler career.

The Rapids’ first match of the season is Feb. 15 in Denver against the San Jose Earthquakes.

Steinberger’s Dynamo open the season on March 7 against the Columbus Crew in Houston.