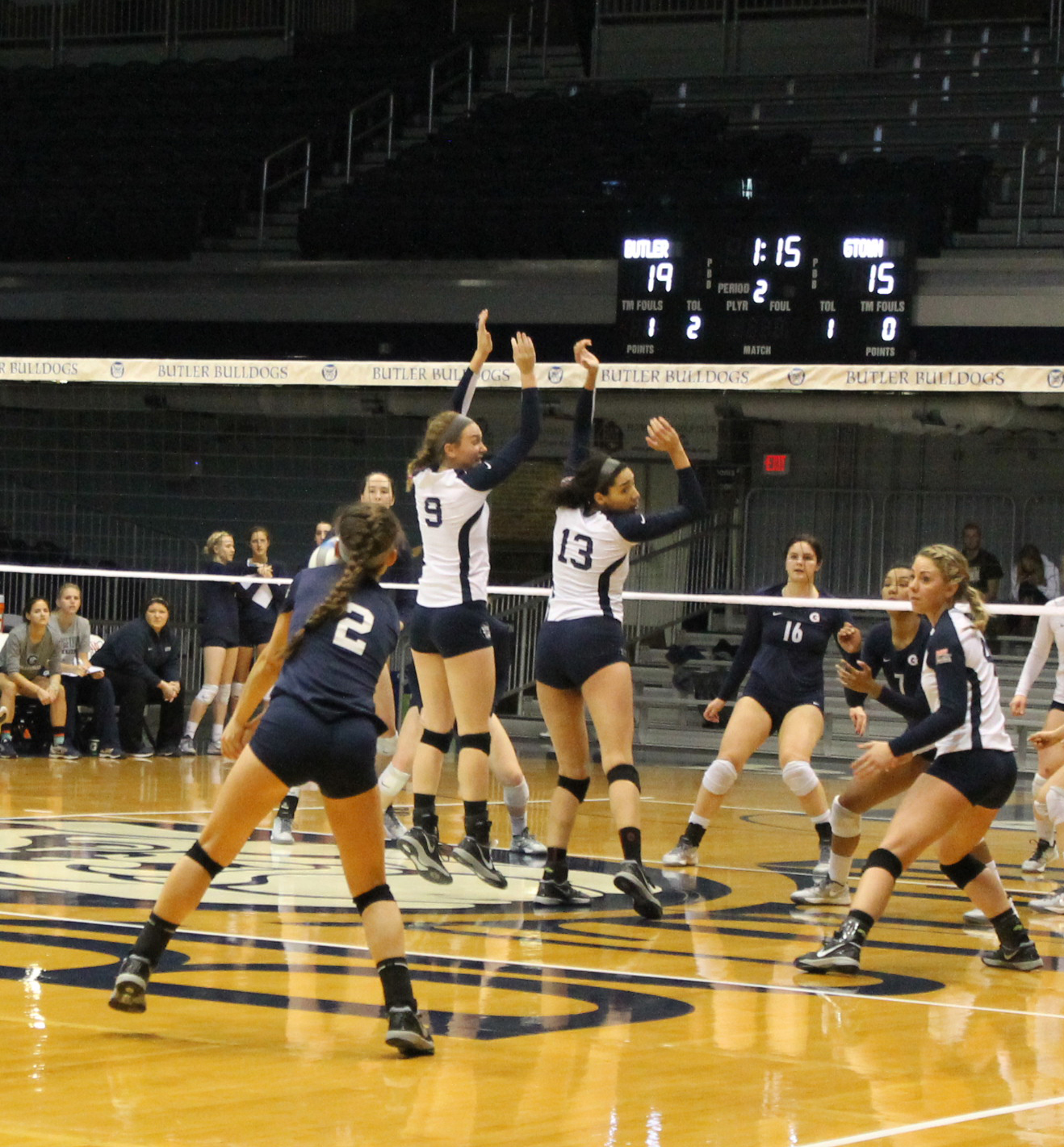 Although the season did not end with a trip to the Big East Tournament in Milwaukee, the Butler volleyball team still came away with recognitions from the Big East Conference.

Seniors Belle Obert, Erica Stahl and freshman Makayla Ferguson were honored by the conference for their achievements during the season.

Obert was one of 12 named to the All-Big East First Team for the second consecutive season. The hitter led the Bulldogs in kills, and was sixth in the conference in kills per set.

“It is awesome,” Obert said. “There are a lot of great players in the Big East, and to be recognized up there with the best of them is very cool.”

Stahl was named to the All-Big East First Team last season and followed that up this year with All-Big East Second Team honors. Stahl was third in the Big East in blocks per set.

She said she was honored to have her play recognized by the conference.

“It’s always an honor to be recognized for your hard work,and to be seen as a big contributor to your team’s success,” Stahl said.

She became the first volleyball player from Butler to receive an individual award from the Big East Conference and led all freshmen in assists per set.

Ferguson said she was thankful to have her coaches and fellow teammates supporting her.

“It is such an honor to be named Freshman of the Year,” she said. “I really do owe it to my teammates and coaches for pushing me day in and day out making me a better player each and every day.”

She also said she was honored to be named to the All-Big East Second Team as well.

“There are some amazing players on all of the teams in the Big East,” Ferguson said. “And to be one of the very few selected on the team is an incredible feeling.”

Ferguson also credited the seniors for what they did for the team.

“The seniors this year were amazing,” she said. “They were great leaders on and off the court and taught me a lot of things.

Senior Belle Obert said although her career on the volleyball court here is finished, she is looking forward to watching them in the future.

“I am looking forward to being a fan next year,” Obert said, “and seeing all the girls pick up right where we left off and continue the success with the program.”